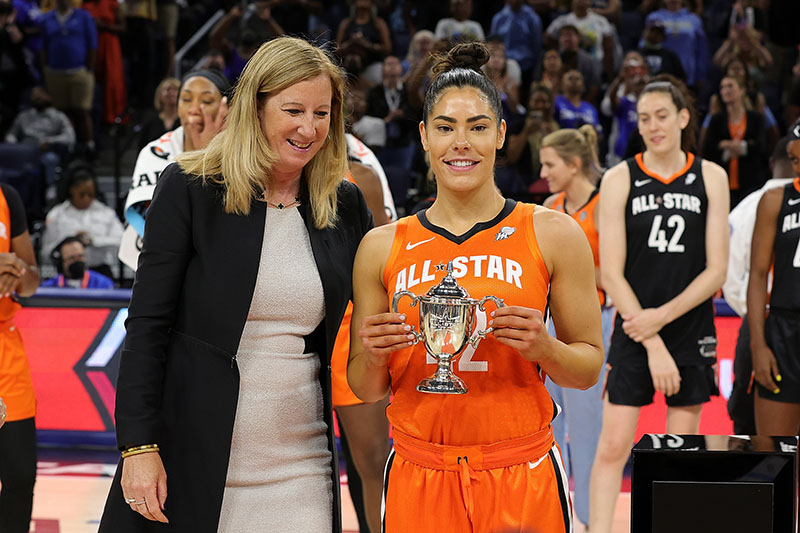 The WNBA is struggling financially. So much so that the league chose not to splurge on the WNBA All-Star Most Valuable Player trophy.

The WNBA was dragged on Twitter for its low-budget MVP hardware.

Las Vegas Aces star Kelsey Plum, of Team Wilson, was presented with the puny MVP trophy during the 2022 AT&T WNBA All-Star game at the Wintrust Arena on July 10, 2022 in Chicago.

Kelsey led her team to a 134-112 victory over Team Stewart. She scored 30 points to match the All-Star scoring record set by Maya Moore in 2015.

One Twitter user wrote, "The WNBA could have gone to Amazon and bought a better looking trophy."

Other Twitter users decided to chip in and buy Kelsey a fancier MVP trophy with her name on it.

The WNBA could have gone to Amazon and bought a better looking trophy pic.twitter.com/zfMDBSZSDh

They went to cop this at Target while they were still playing https://t.co/Zyxk60Dc1W

??? they know they wrong for that. Whatever in the budget I guess.

$70? You think they have the budget for that?