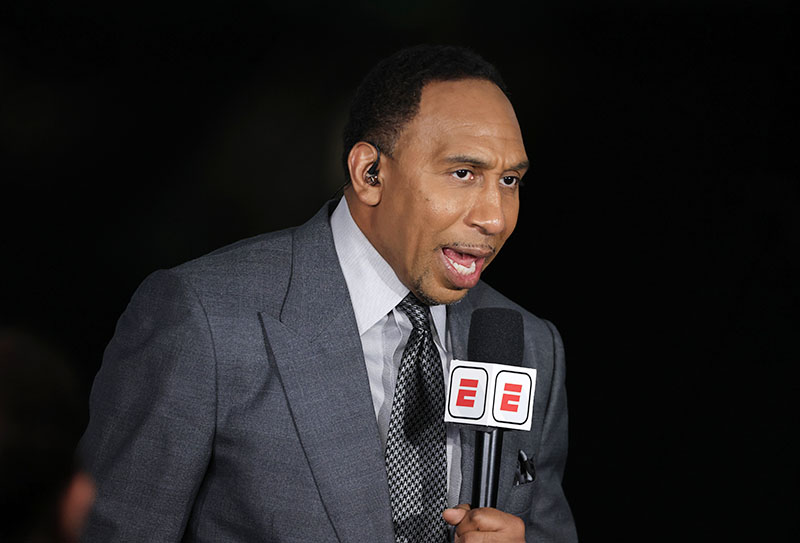 Stephen A. Smith apologized on Monday for making a racist comment about MLB star Shohei Ohtani's use of an interpreter ahead of the All-Star game.

Ohtani speaks some English and Spanish but he has used a Japanese interpreter since 2017. Ohtani leads the major leagues with 33 home runs and is 4-1 with a 3.49 ERA in 13 starts.

Smith's remarks were criticized on social media and he hastily backtracked after his own colleagues called for his suspension.

It all started when the outspoken ESPN host criticized the Los Angeles Angels pitching and hitting sensation for using an interpreter to handle questions from the news media.

Smith said during Monday's episode of "First Take" that the interpreter "harmed" the game of baseball. 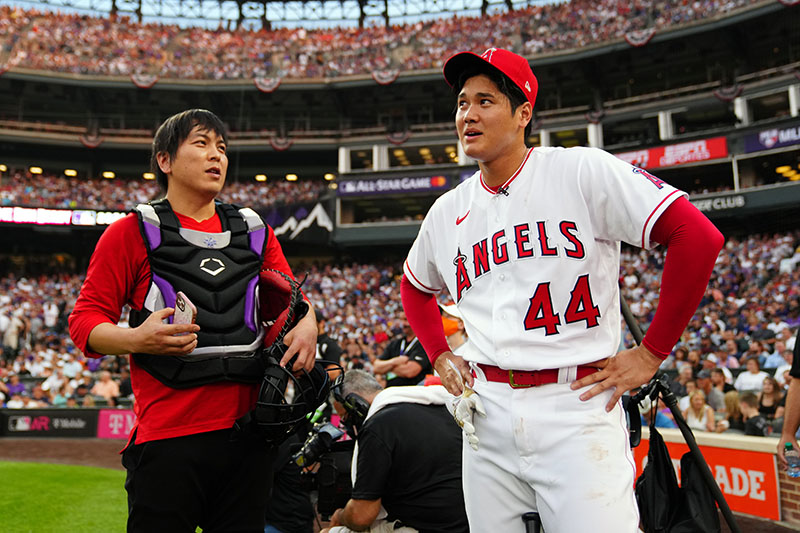 Smith was angry that Ohtani, pictured with his interpreter, is the No. 1 superstar attraction in Major League Baseball.

"I don't think it helps that the number one face is a dude that needs an interpreter so you can understand what the hell he's saying in this country.

"The fact that you got a foreign player that doesn't speak English, believe it or not, I think contributes to harming the game to some degree, when that's your box office appeal."

Stephen A. Smith on Shohei Ohtani: "I don't think it helps that the number one face is a dude that needs an interpreter so you can understand what the hell he's saying in this country."

This wasn't an off the cuff comment. The prepared chyron is cringeworthy too. Why the hell would it be bad for Shoehi Ohtani to be the No. 1 attraction? He's a generational talent doing things we haven't seen since Babe Ruth. Why, because he's Japanese and learning English? GTFOH

The public reaction was furious. Smith was accused of being xenophobic in light of the violent anti-Asian attacks in the United States.

But this, about Shohei Ohtani, is straight up racism at a time of dangerous anti-Asian violence.

This requires an apology, and a suspension. Now."

By Monday evening, Smith, 53, wrote a lengthy post in which he apologized profusely for putting his foot in his mouth.

Smith, who earns $12 million per year, said he had screwed up royally.