According to CNN, There have been “credible sightings” recently of a California woman who vanished nearly a year ago after being released from a sheriff’s station, authorities said Wednesday.

Las Vegas police say Mitrice Richardson, who would be 25 now, might be alive and working in Las Vegas as a call girl. They plan to hold a news conference today to ask the public’s help in locating her.

“There’s been some credible sightings,” Steve Whitmore, spokesman for the Los Angeles County Sheriff’s Office, told CNN. “We want to let her know if she is listening that she is not in trouble and will not be subject to arrest. We just want her to know that it is ok to contact authorities and family, and to let us know that she is alive.”

An acquaintance told police he observed Richardson at a casino, and he approached her after observing her for 3 hours. He said she looked at him as if she didn’t recognize him and then ran off with some woman.

Latice Sutton, Richardson’s mother, told CNN she doesn’t consider the sighting credible. “I don’t discount that he (the acquaintance) may have seen someone who he believed was Mitrice,” Sutton said, “but I don’t believe he is absolutely certain it was Mitrice.”

Richardson had been arrested the previous evening at an upscale restaurant in Malibu after the restaurant manager called police to say she refused to pay her bill.

Patrons and staff in the restaurant said Mitrice acted strangely like she was under the influence of drugs. At one point Mitrice sat at a table uninvited and chatted with the dinner party.

Steve Whitmore, spokesman for the Los Angeles County Sheriff’s Office, told CNN in September that the decision to release Richardson was made because “she was not intoxicated, she didn’t exhibit any mental issues, so when we were done running her fingerprints and criminal history, then we are obligated by law to release her from custody.”

He also has said that a female jailer “offered to her to stay the night. She could have stayed, but she wanted to leave.”

But Mitrice’s mother, Latice Sutton, said her daughter had mental problems and she was under the impression that the sheriff’s office would hold Mitrice until morning when a family member could arrive to pick her up.

Last month, Sutton sued the county of Los Angeles and the sheriff’s office for wrongful death and negligence in her daughter’s disappearance. The lawsuit seeks unspecified damages. 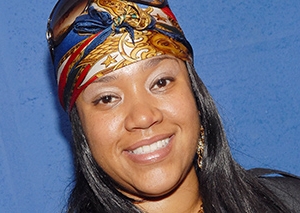