I remember the first time I met the Braxton Sisters, the singing siblings of superstar Toni Braxton. The chance meeting occurred in a hotel suite in Charlotte, NC in 1996. I was there to shoot a music conference for VIBE magazine, and I bumped into LA Reid's brother, Bryant Reid, in the hotel lobby. 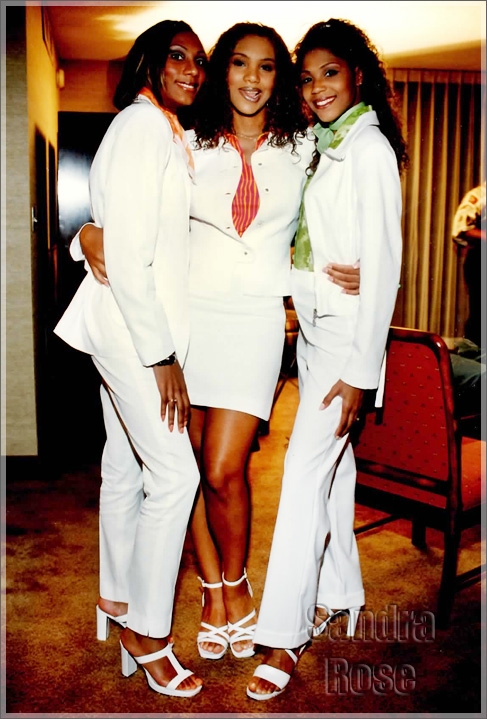 At the time Bryant was managing the Braxton Sisters, so he paid me to shoot a party he was having for the girls in his suite that night.

The picture on the right is one that I took in 1996. At the time, the group consisted of Towanda, left, and teenagers Tamar, 19, center, and Trina, 17. They had just released an album, titled So Many Ways, on Atlantic Records.

Last night, BET aired Soul Train Awards 2011 which was pre-taped in Atlanta on Nov. 17. Tamar was the highlight of the night as she sang a rousing tribute to Soul legend Gladys Knight, with Dave Hollister, Kenny Lattimore and Freddie Jackson backing Tamar up as the honorary Pips for the night.

Tamar's performance surprised and electrified social networking sites like Twitter.com, where users compared her sultry vocals to her sister Toni Braxton, and even Beyonce!

Below are just a few of the thousands of positive tweets about Tamar's performance from Twitter.com! By the way, Tamar's sisters, Towanda and Trina Braxton will chat live with Sandrarose.com readers via Ustream right here on Wednesday! So check back for that.

Watch Tamar's performance after the break!

This post, originally created on Nov. 28 @ 9:23 a.m., was edited to reflect the correct city where I met the Braxton Sisters was Charlotte, NC.