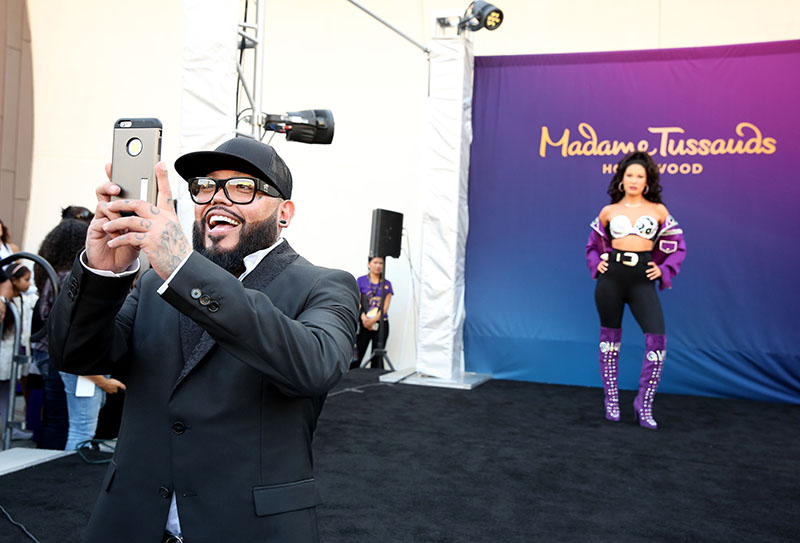 Selena Quintanilla-Pérez's brother, Abraham Quintanilla, is listed among the top 10 Most Wanted criminals by Nueces County Sheriff’s Office in Corpus Christi, Texas. Abraham is pictured last year at the unveiling of his sister's wax figure at Madame Tussauds in Hollywood.

The Selena y Los Dinos band member is wanted for contempt of court and nonpayment of child support, according to the sheriff's office Facebook page.

Abraham, also known as A.B., performed with his famous sister, Selena, in their family's Tejano band until she was shot to death in 1995 by her deranged former manager, Yolanda Saldivar, 56.

Now 53, Abraham reportedly deleted all of his social media accounts after his name was placed on the list.

The sheriff's office is offering cash to anyone who knows where Abraham is located.