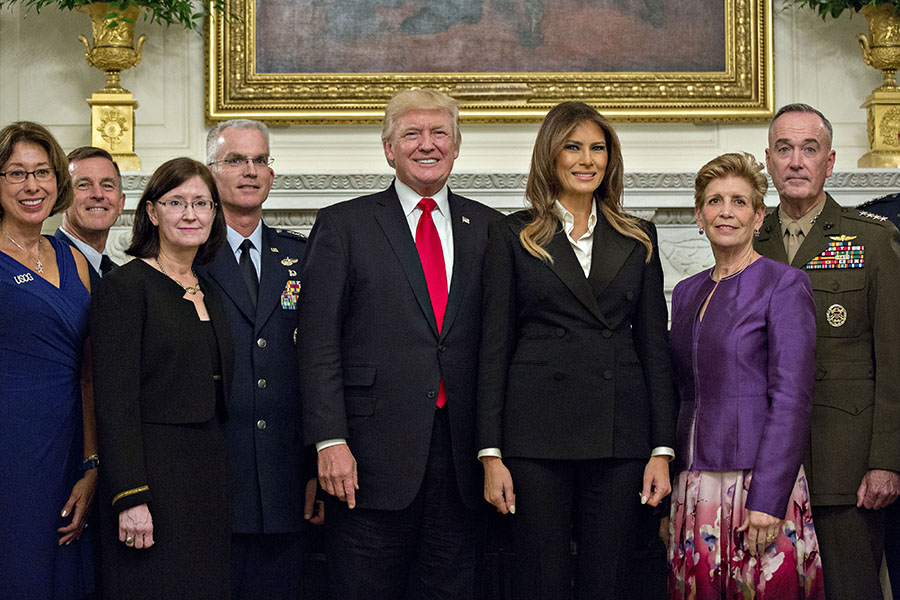 When the nervous reporters asked what he meant by that, Trump smiled and said ominously, "You'll see."

Trump's warning to North Korea comes the same day a Russian official reported that Kim Jong Un is preparing to fire a missile that can reach the west coast of the United States.

Anton Morozov, of the nationalist Liberal-Democratic Party, visited Pyongyang and said North Korea is prepared to launch another missile in "the near future."

Both Trump and Kim have exchanged threats of war for months now with neither backing down from their fiery insults.

Former Defense Secretary Leon Panetta said he was unsure what Trump meant by his remark, but he said the president's comments are not helpful.

"I'm not sure what kind of message he's trying to convey here," said Panetta in an appearance on Fox News on Friday. "The fact is, as President of the United states, he is well served by those who are careful in recommending military action to the president."

President Trump and first lady Melania Trump hosted senior military leaders and their spouses (pictured above) for a dinner in the Blue Room at the White House on Thursday, October 5, in Washington, D.C.