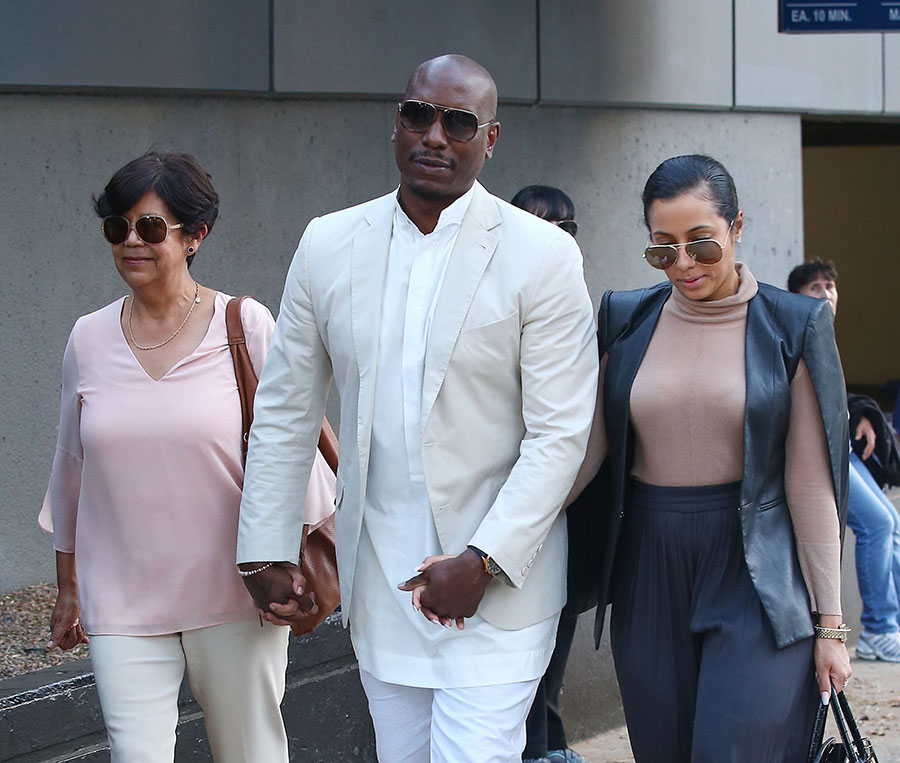 Tyrese Gibson was seen leaving family court in Los Angeles on Tuesday after facing new allegations filed by his ex-wife, Norma Gibson. Tyrese was accompanied by his mother-in-law and wife, Samantha Lee, whom he married on Valentine's Day.

When the 38-year-old actor was asked why he wore he wore all white, he replied, “I’m not wearing black today because it’s not a funeral.”

Tyrese's ex wife filed a police report against him on Monday after he flew a banner over his 10-year-old daughter Shayla's elementary school and sent her various gifts. Norma accused the hunky actor of hiring a plane to fly a banner which read "No matter what, Daddy loves you Shayla", over her school in California on Monday. 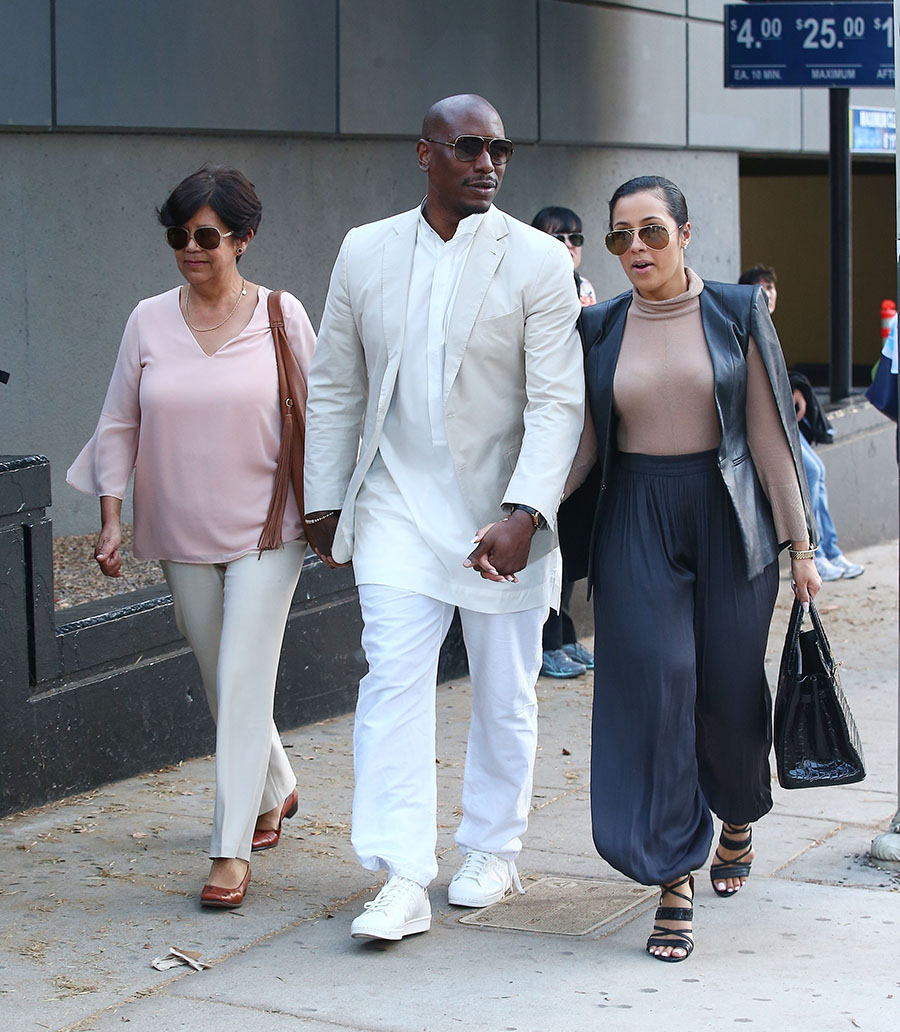 Norma's lawyer Aleen Laura Khanjian tells TMZ she believes the gifts are a form of witness intimidation. She says Tyrese is trying to influence his daughter to speak highly of him when the Department of Children and Family Services interviews her about allegations that he spanked her so hard she couldn't sit down.

The courtroom was cleared while Tyrese and his doctor gave testimony. Court observers were allowed back in while Norma was on the stand. 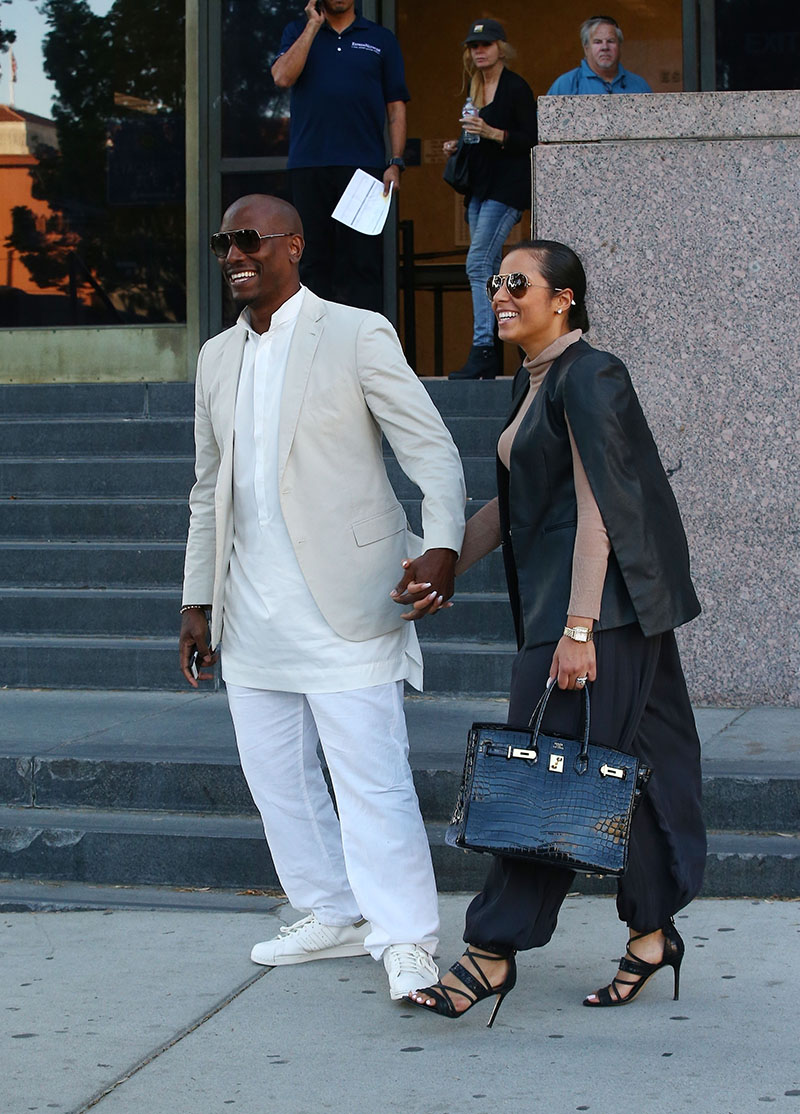 Tyrese seemed calm and mouthed the words “I Love You” to his wife, Samantha.

The Fate of the Furious star is still under investigation by the L.A. County of Department of Children and Family Services for alleged child abuse.

Urgent read my full post thank you.. One day we're going to sit down over tea and laugh about how they tried to turn us on each-other and what they didn't know is that it only solidified our lifetime #DaddyDaughterBond that will never ever ever be broken........ Praying for you everyday angel I love you and I'm holding onto every laugh and every moment....... Love and light...... Watch how your father rose above and stayed centered in the middle of this unexpected storm - A set back is merely a set UP for many many amazing things to come...... #ForgiveThemFatherGodForTheyNotKnowWhatTheyDo #Amen I need you to google #ParentingAlienation and #Enmeshment it's mind blowing how accurate this all is...