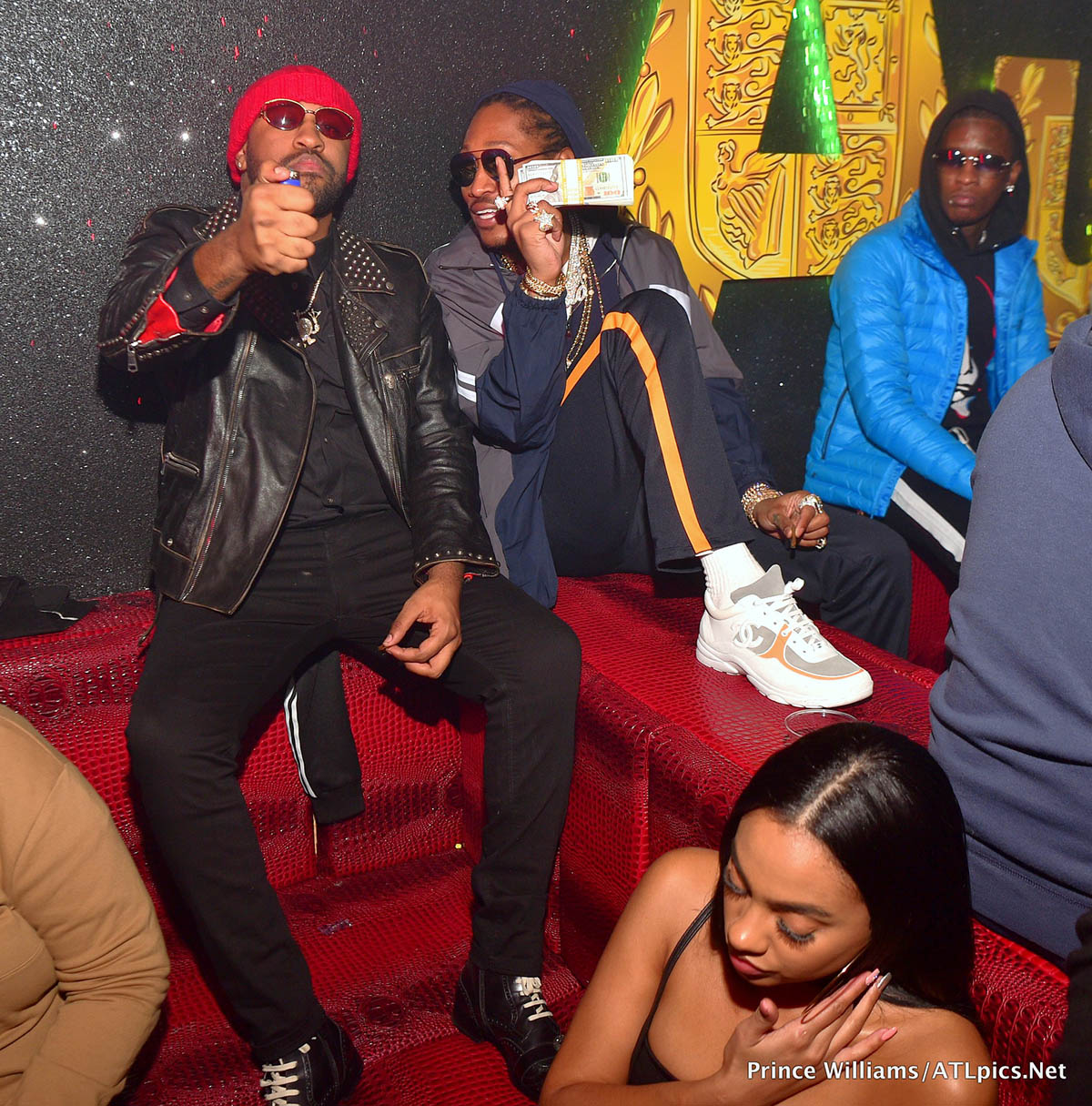 Rappers Future (center) and Young Thug (right) partied with Beyonce‘s music producer Mike Will Made It (left) and producer PLUSS (not pictured) who celebrated their recent GRAMMY win with a private dinner and after party at Aurum nightclub in Atlanta on Wednesday. 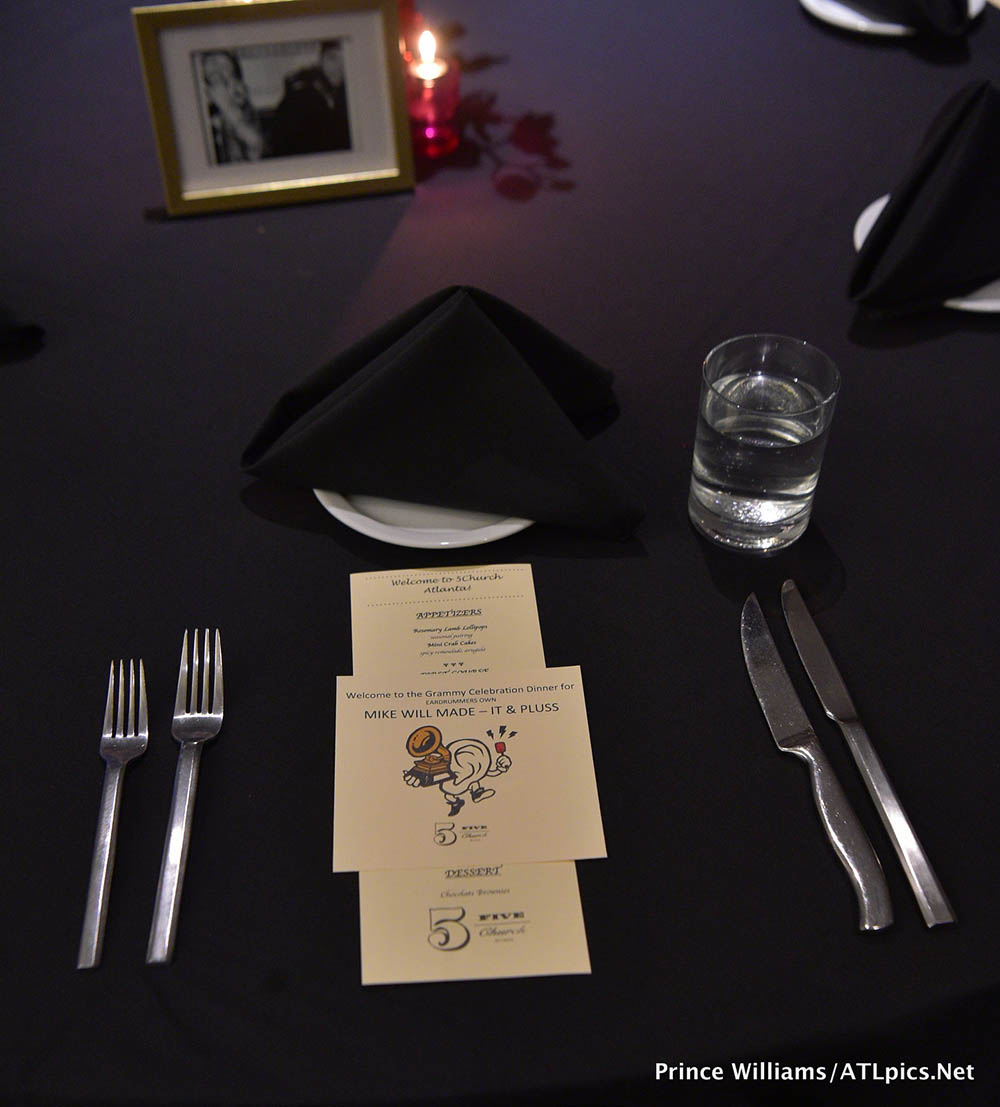 The night began with a private GRAMMY celebration dinner at 5 Church restaurant in Atlanta followed by an after party at Aurum nightclub. 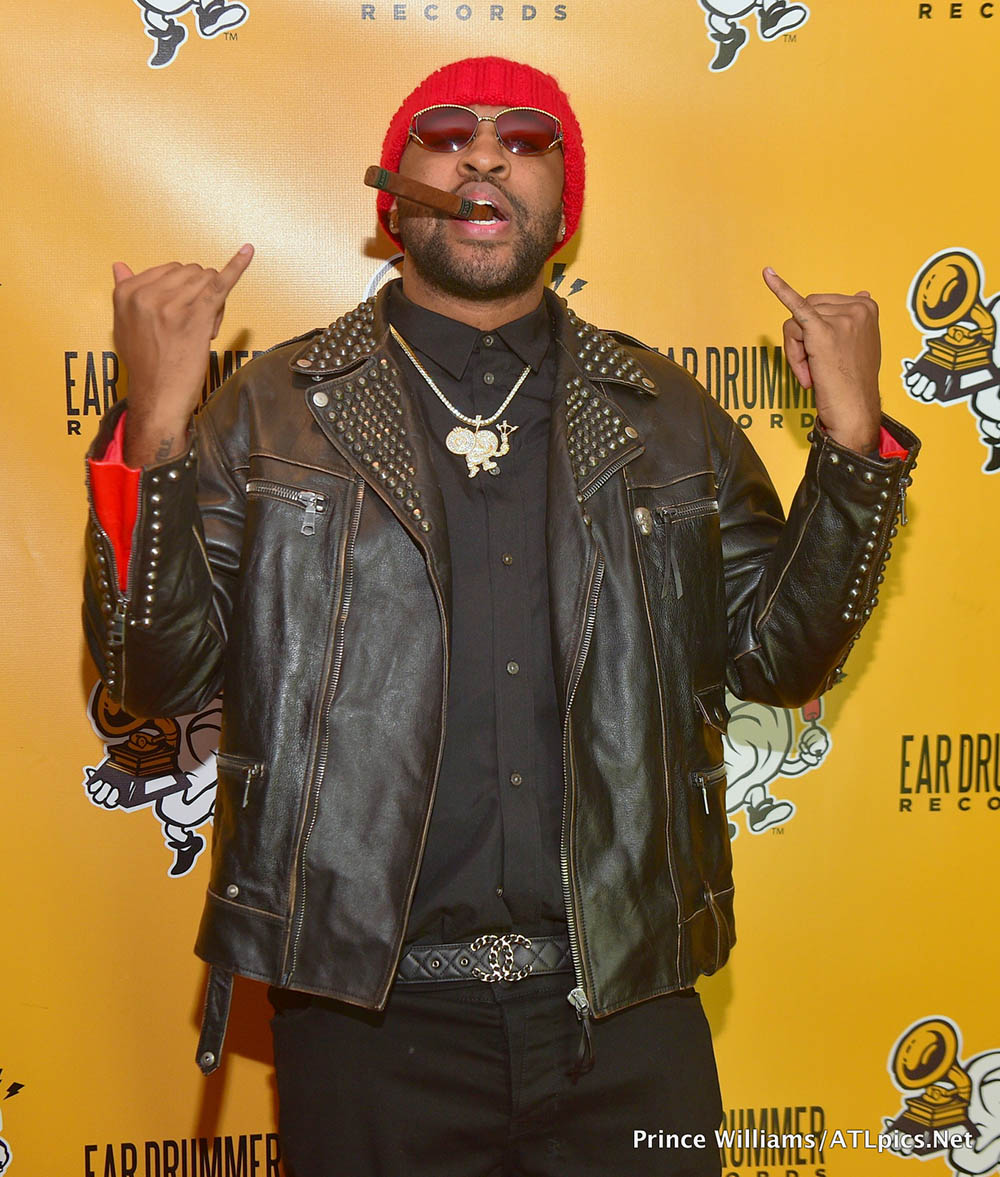 Mike Will Made It, 28, is best known for producing trap beats and singles for Rihanna (“Pour It Up”), Beyonce (“Formation”), Ciara (“Body Party”), Miley Cyrus (“We Can’t Stop”), Rae Sremmurd (“Black Beatles”), and more. 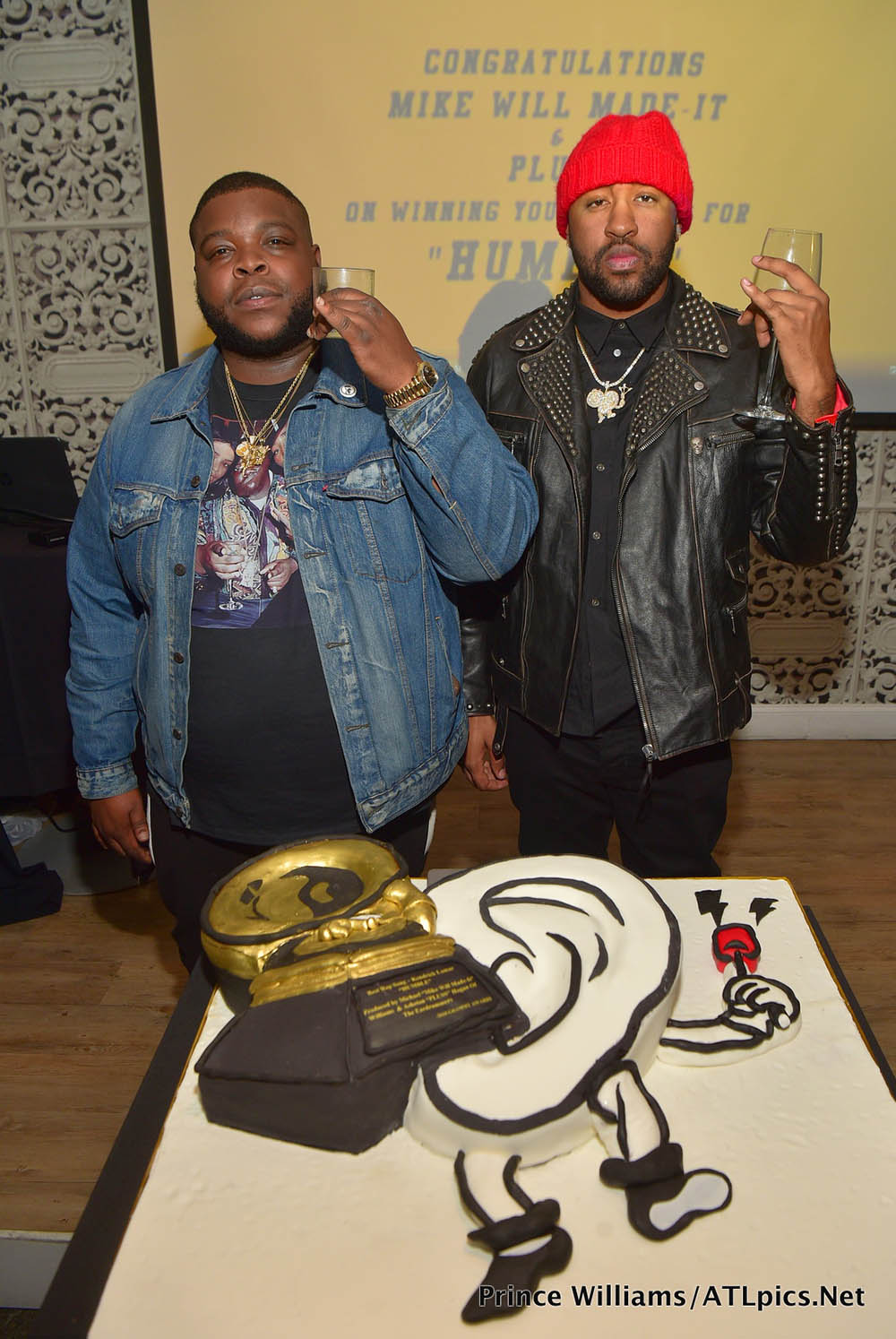 Producer PLUSS (left) and Mike Will Made It won GRAMMYs for their production work on Kendrick Lamar‘s single HUMBLE. The two men posed with their custom GRAMMY Award cake. 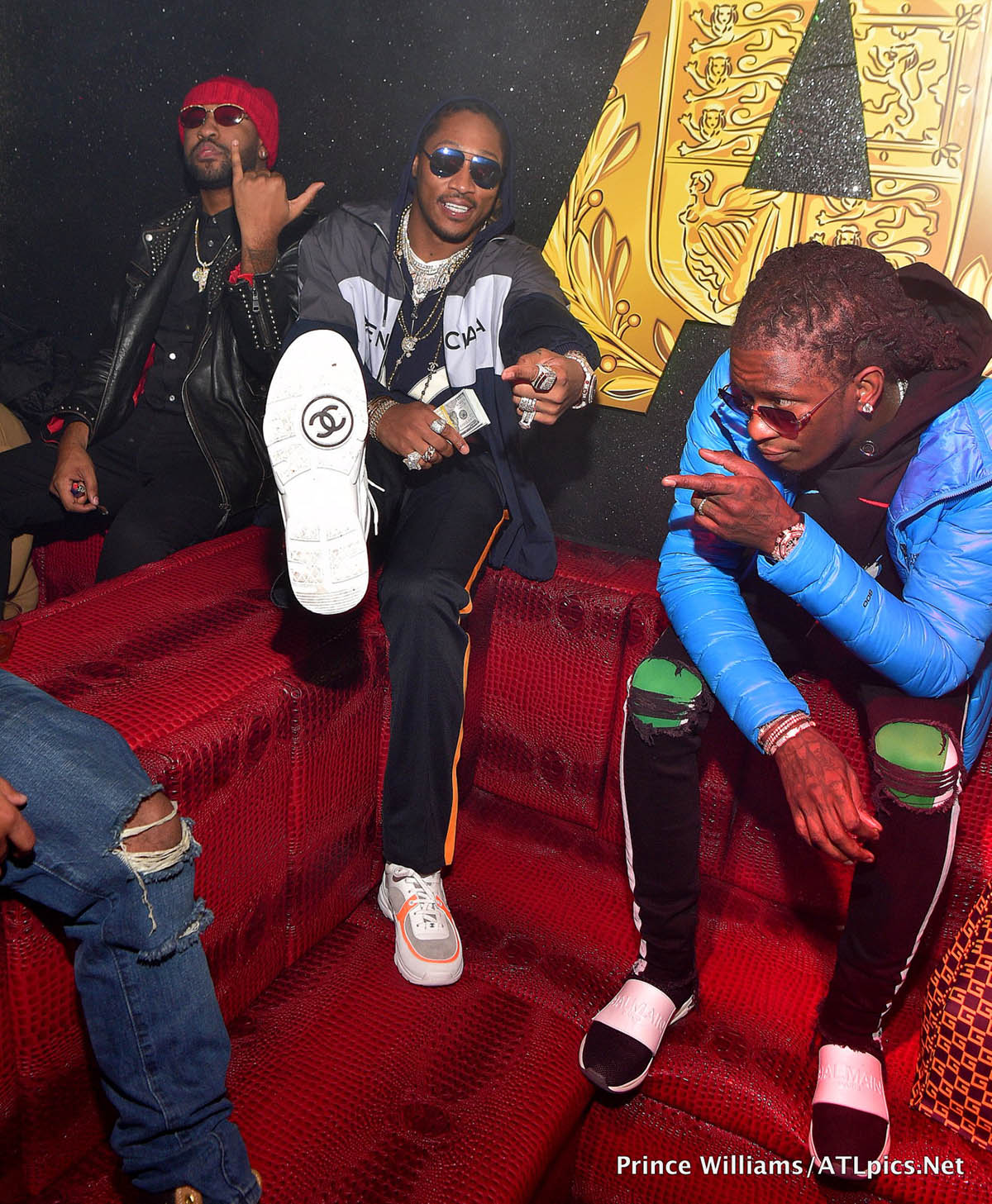 Insiders are buzzing about the growing Bromance between Future (2nd from rightt) and Young Thug (right) who are nearly inseparable these days. The two men frequently party and dine out together — and they even wear the same designer clothing and shoes (Belanciaga and Chanel). 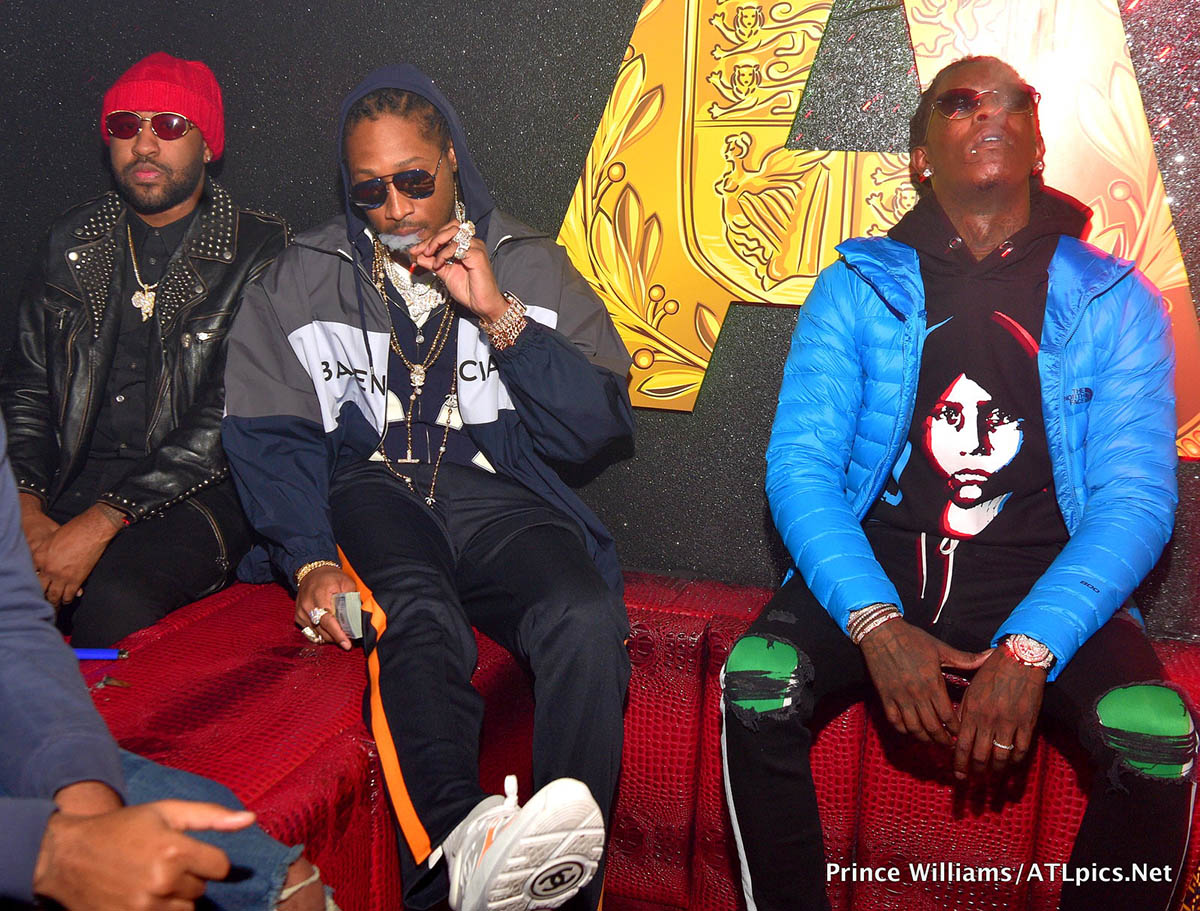 When they party together, Thugger and Future leave their women at home — where they say women in committed relationships belong. Do you agree?