Dua Lip is the latest singer to turn alternative streams of revenue now that the music industry is virtually dead. Dua is bringing her personal style to the masses with a collection she co-created with hot new brand /Nyden, which is owned by H&M. 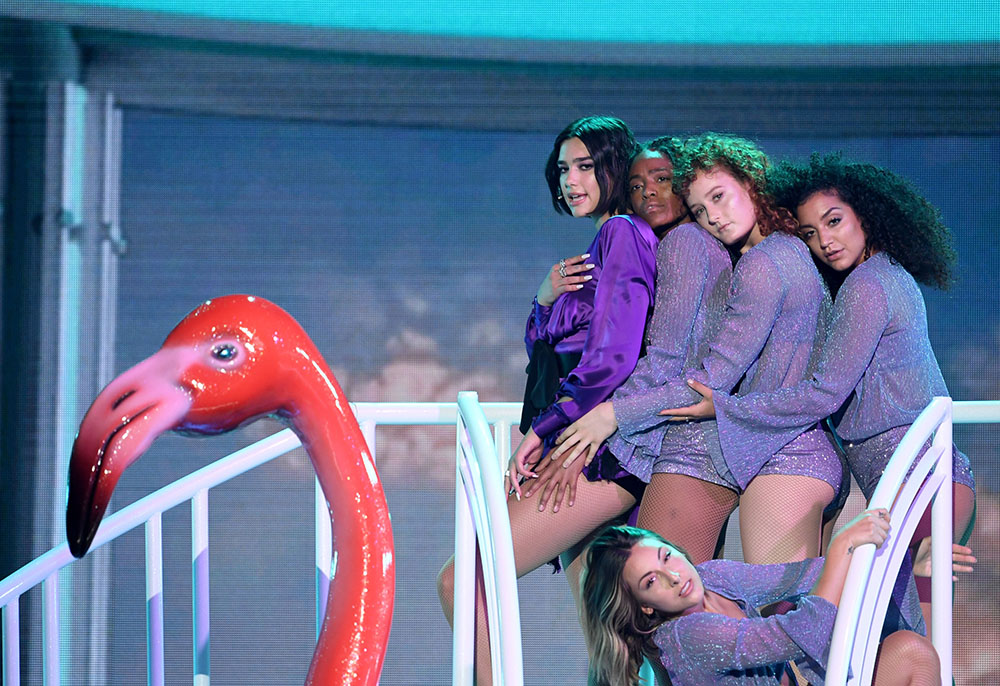 The 22-year-old British singer/songwriter is fast becoming one of the hottest names in pop music after her humble beginnings covering hit songs on Youtube.com.

Dua's latest track, "New Rules", is burning up the charts, but stars can't survive on music streams alone. With no physical products to sell, singers are at the mercy of music streaming services that sometimes fudge the download numbers.

Fans are enamored with Dua's '90s cool girl style in her onstage outfits, and now she is giving fans the chance to emulate her style.

"My first love is music, but fashion also plays an important role in my life because I believe it's so vital to self-expression," the singer said in a statement. "I look for clothes that reflect strength and fearlessness, but also match up to today's fast pace. So I'm excited to be co-creating with /Nyden on my designs -- it's going to be a collection that's completely suited to me, both onstage and off, and for my fans."

"What I really liked about working together and collaborating with /Nyden is the fact that they allowed me total creative leeway to create things that I wanted; to make something that I would want to wear, things that I think my fans would really like," she added to British Vogue. "I just loved that creative freedom."

/Nyden, which collaborated in the past with other celebrities and pro athletes, plans to drop Dua's collection in the fall.