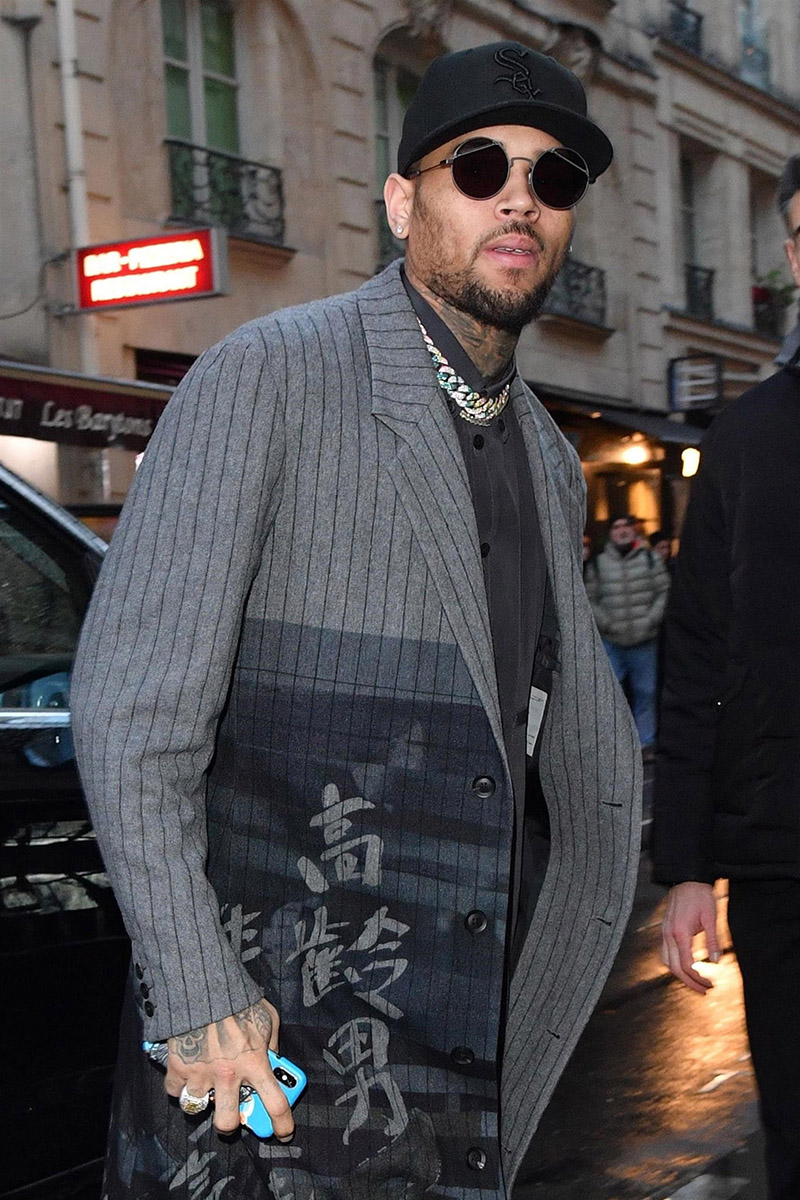 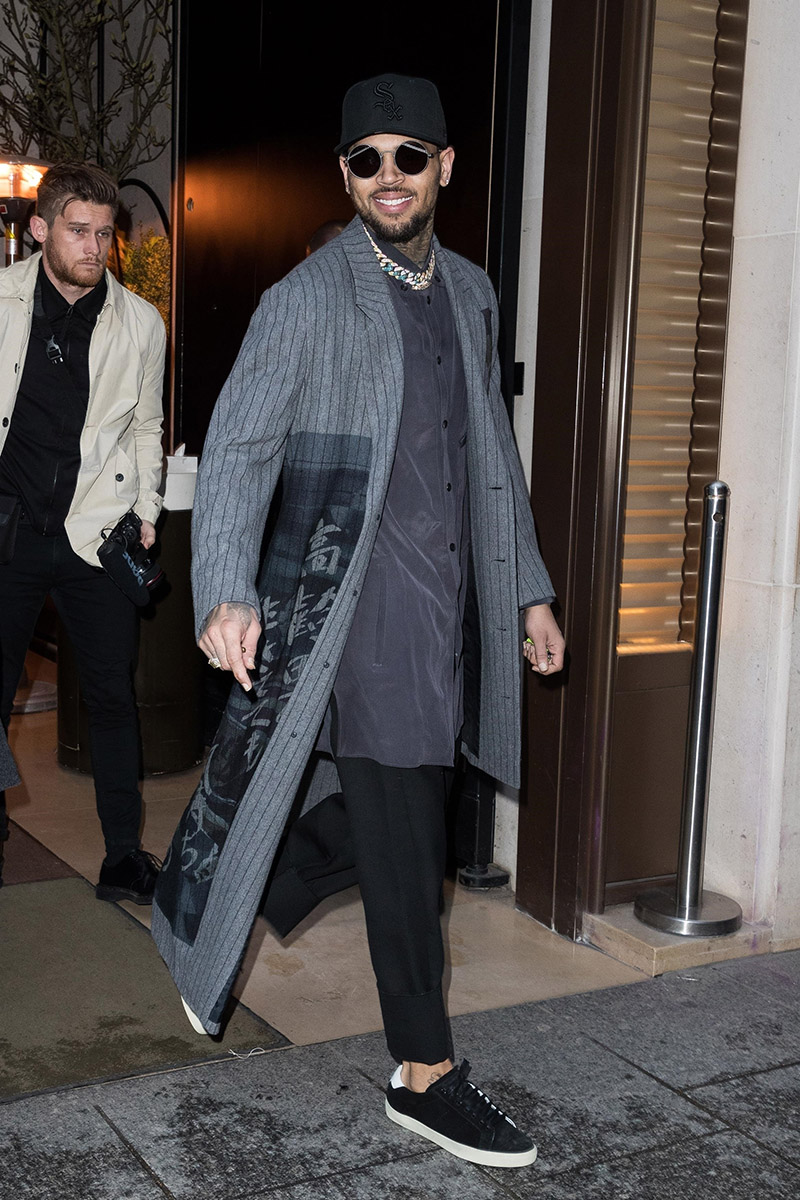 Chris Brown was in a good mood after a judge dismissed a $10,000 designer lawsuit against him. Perry L. White, a costume designer for Brown's tour, claimed the singer never paid I'm for clothes he designed for the singer's last tour. White claimed Brown owed him $10,000 for costumes he designed for "Heartbreak On a Full Moon." 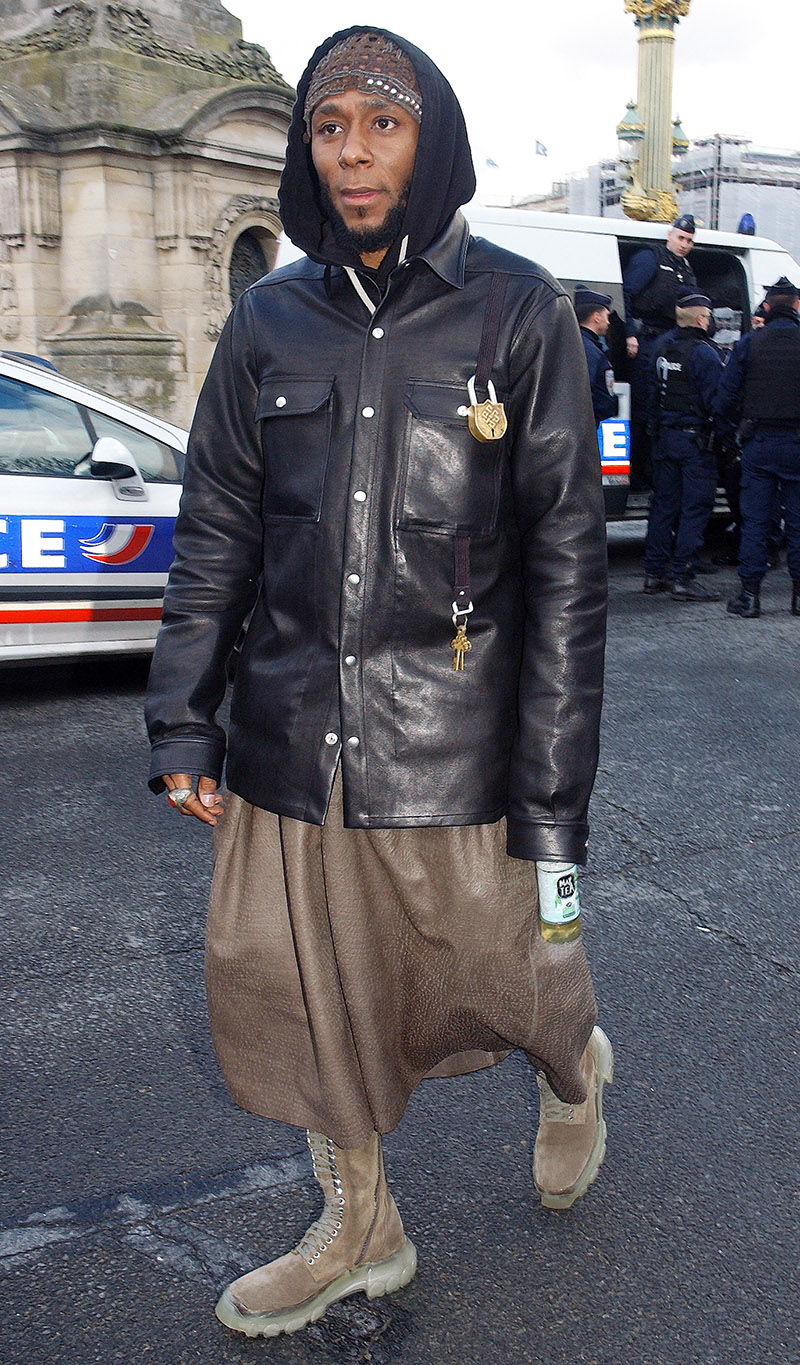 Rapper Yaslin Bey, formerly known as Mos Def, wore a smart looking beige leather skirt with a brown leather jacket to the Louis Vuitton F/W 2019-2020 runway show in Paris on Thursday. What do you think of his look? 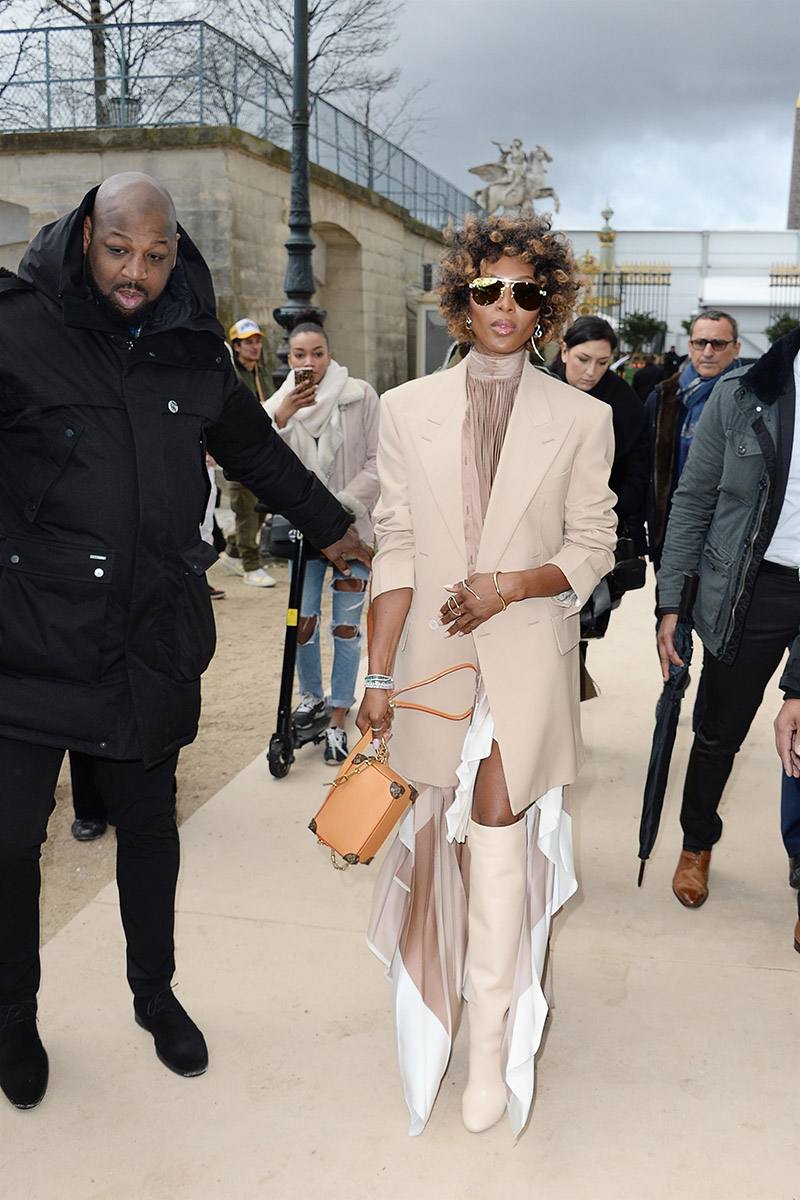 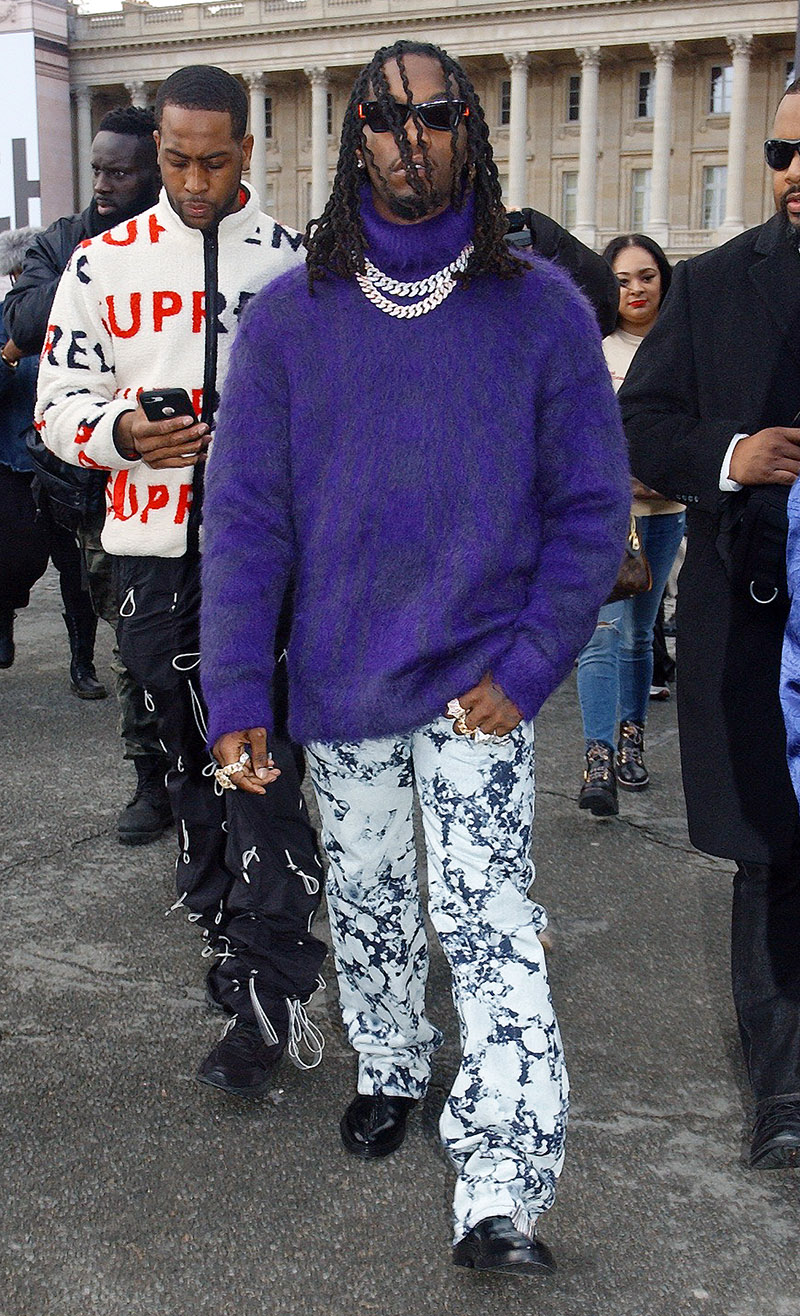