Pro-Trump fashion was on full display at the 61st Annual Grammy Awards held at the Staples Center in Los Angles on Sunday. Pro-Trump singer Joy Villa showed up at this year's Grammys wearing a dress designed to resemble the much-maligned border wall. 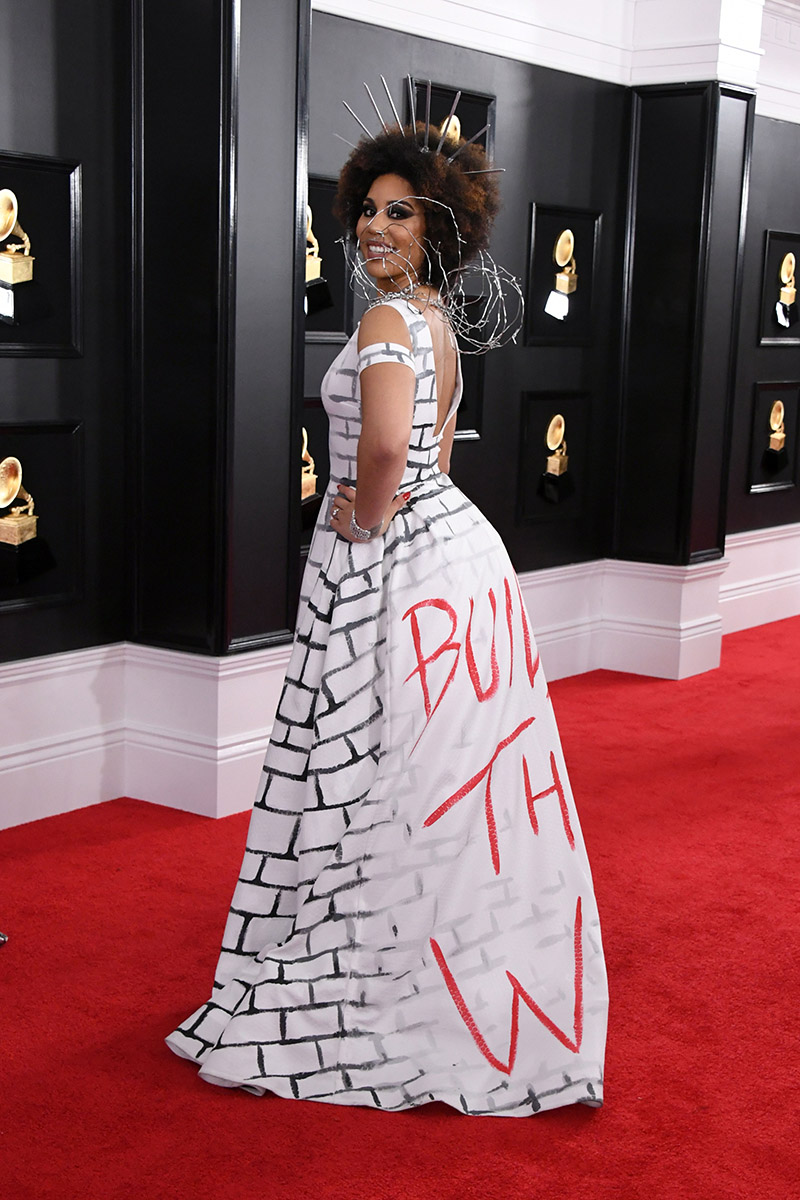 Villa wore a silver frock with a crown of spikes perched atop her curly fro. Under the frock, the singer wore a custom white dress that featured bricks, barbed wire on her shoulders and red lettering on the back that read: "BUILD THE WALL".

She accessorized her outfit with a red handbag with the words "Make America Great Again" in white lettering on the front panel.

"This is what I believe in," Vill told Variety's Marc Malkin. "I believe in the President. I just released an album called Home Sweet Home and it's all about my love for America, barbed wire, I'm having fun with it." 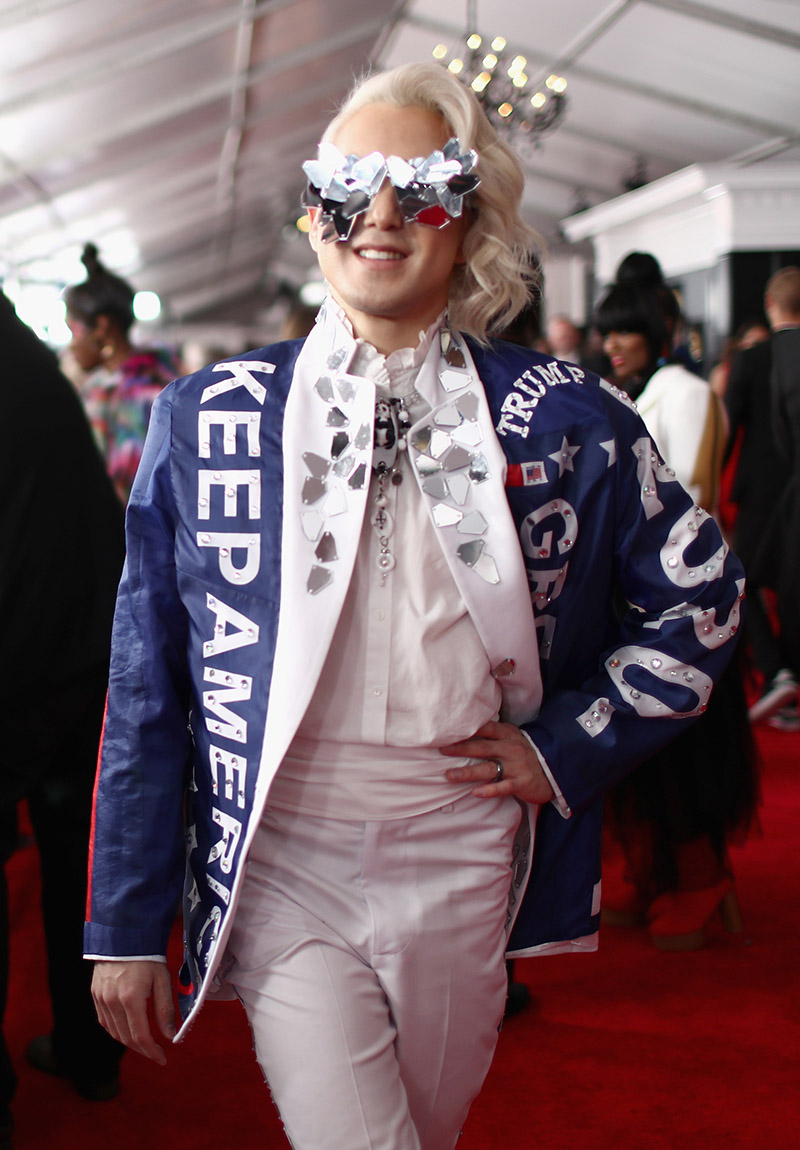 Another celebrity, Ricky Rebel, adorned himself in a custom red, white and blue MAGA suit, featuring "KEEP AMERICA GREAT" and "Trump for President in 2020" on the jacket and sleeve.