Tickets to the highly anticipated North Carolina vs Duke NCAA mens basketball game were going for Super Bowl ticket prices, as fans of both interstate rivals dropped $3,000 each on tickets – the lowest price available to attend the game at Cameron Indoor Stadium in Durham, NC on Wednesday.

Thousands packed the stadium and millions tuned in around the world on TV and social media to watch Zion Williamson of the Duke Blue Devils continue his journey to world dominance in mens basketball.

Then the unthinkable happened: Zion blew out his Nike sneaker.

Zion, the 18-year-old phenom who many sports analysts compare to Michael Jordan and LeBron James at their peak, twisted his knee and collapsed to the hardwood floor within seconds of the start of the much-anticipated matchup between No. 9 UNC and No. 1 Duke.

The reaction on social media was stunned disbelief. “It’s the shoeeee!” Duke fans screamed as Zion sat on the court staring blankly at his left foot poking through his destroyed Nike-made sneaker.

Nike executives are said to be in shock and scrambling to undo the instant damage to the Nike brand. The company issued a statement saying it was “concerned” and wished Williamson a speedy recovery. Nike said it was “working to identify the issue” with the shoe.

Zion’s shoe tearing in half wasn’t supposed to happen, Nike fanatics tweeted. But it did happen – in front of the world and in front of former President Barack Obama, who was sitting courtside. Video shows Obama pointing at Zion in amazement, saying, his “shoe broke.”

Nike rep is cringing after that hi-top blowout that nearly injured Zion.

Williamson limped off the court at the 33-second mark of the game, with his broken shoe and his future in doubt. With Zion no longer a threat, UNC went on a rampage and routed their arch rivals 88-72.

During postgame interviews, Duke head coach Mike Krzyzewski, aka Coach K, said Zion suffered a mild sprained knee and that his knee is intact – which comes as a relief to worried Zion fans.

Coach K will know more after tests are run on Zion Thursday. No, he doesn’t know how many games his star player will miss – or how far Duke will fall in the national rankings as a result of his absence.

Barack Obama pointing out the fact that Zion’s “shoe broke” will forever go down in history pic.twitter.com/pVFqEBgbFo

LiAngelo Ball, whose dad owns the Big Baller Brand sneaker, couldn’t resist kicking Nike while their down: “So we gon act like Zion Nike’s ain’t just rip in half,” he tweeted.

Wall Street reacted to the news in early trading on Thursday. Nike shares were trading down about 2% in pre-market, according to Marketwatch.com.

It isn’t the first time Nike suffered embarrassment after one of their products failed spectacularly on national TV. In Oct. 2017, a Nike-made team jersey worn by LeBron James split right down the middle like tissue paper during a game between the Cleveland Cavaliers and the Boston Celtics in October.

Nike scrambled to find a solution after more jerseys ripped in half on national TV.

Nike President and CEO Mark Parker told CNBC the issue was fixed, but the jerseys kept self-destructing – to the delight of social media users who posted photos of the jersey carnage online.

Nike released a statement in Nov. 2017 that read, in part, “The quality and performance of our products are of utmost importance and we are working with the NBA and teams to avoid this happening in the future.” 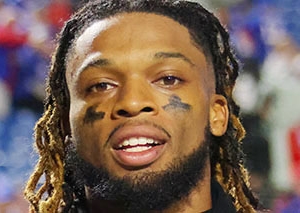