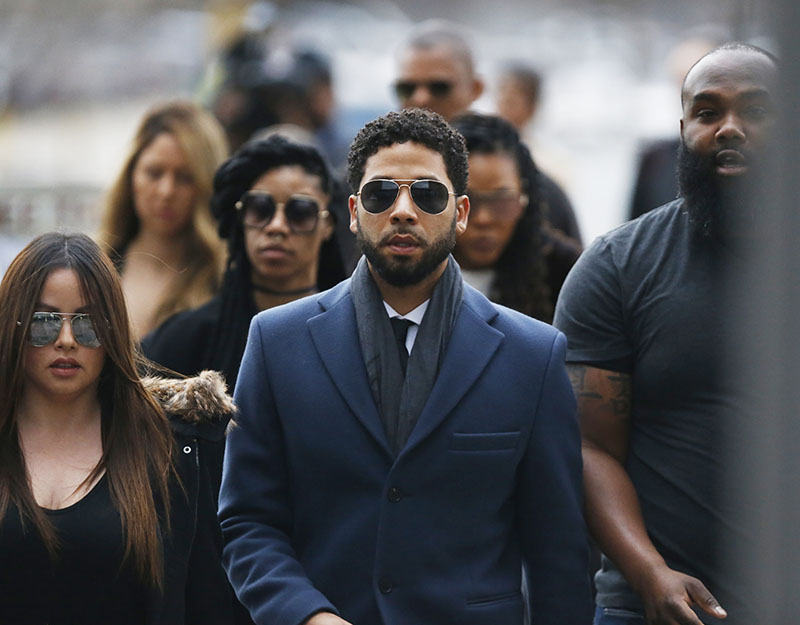 Actor Jussie Smollett arrives at Leighton Criminal Courthouse on March 14, 2019 in Chicago, Illinois. Smollett stands accused of arranging a homophobic, racist attack against himself in an attempt to raise his profile because he was dissatisfied with his salary on the Fox television drama “Empire.” (Photo by Nuccio DiNuzzo/Getty Images)