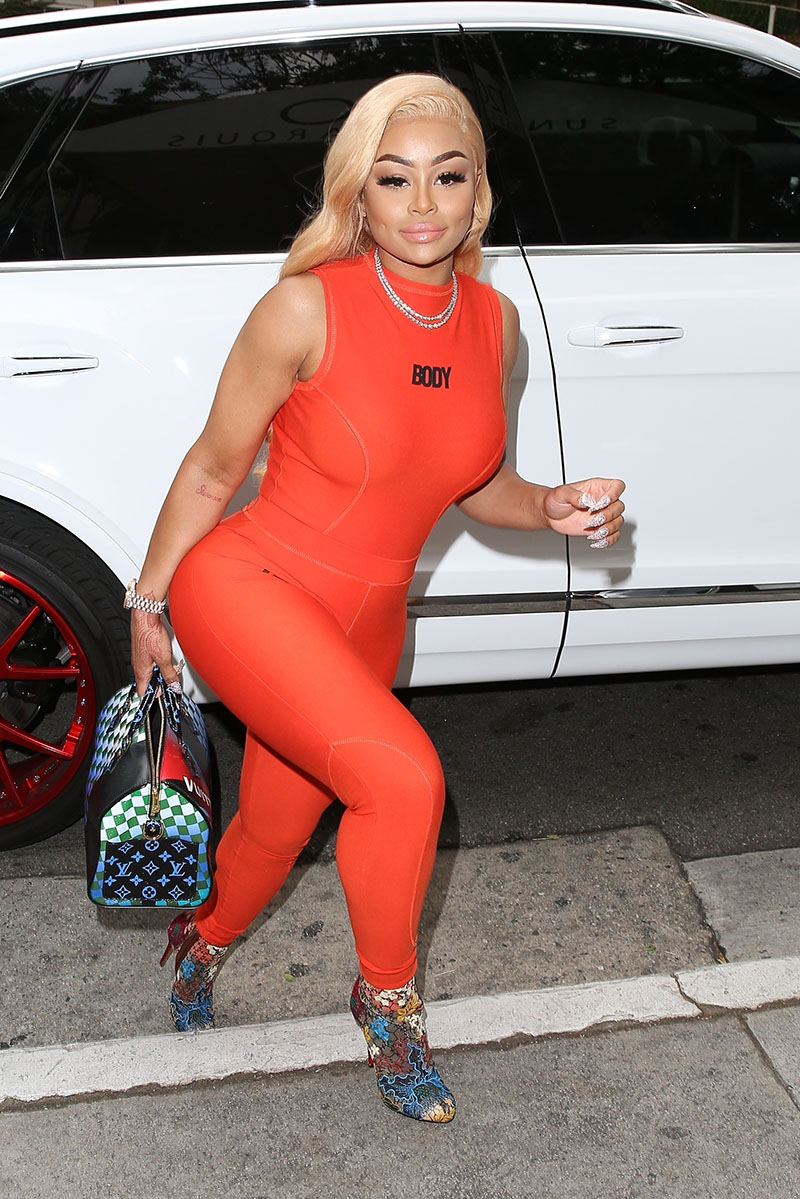 Blac Chyna stuns in a red body suit as she stops by the Sunset Marquis Hotel in West Hollywood. Chyna stepped out for the first time since her lawyers demanded that Ryan Seacrest provide a deposition in her lawsuit against the Kardashian/Jenner family. 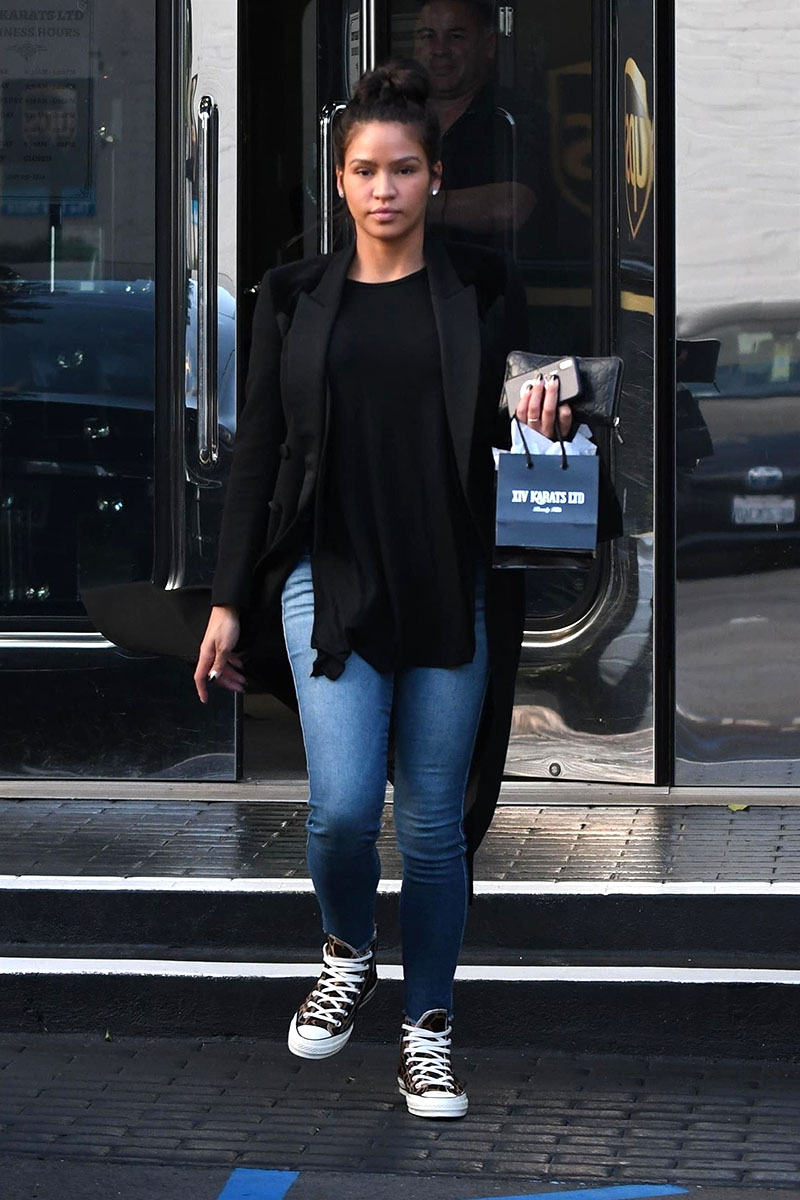 Sean "P. Diddy" Combs's ex-girlfriend Cassie Ventura downgraded to the rap mogul's personal trainer, whom she slept with behind Diddy's back. Now, instead of shopping at Tiffany's for jewelry, she shops for trinkets at XIV Karats in Beverly Hills. Cassie was in no mood for pictures as she covered her makeup-free face while leaving the store. 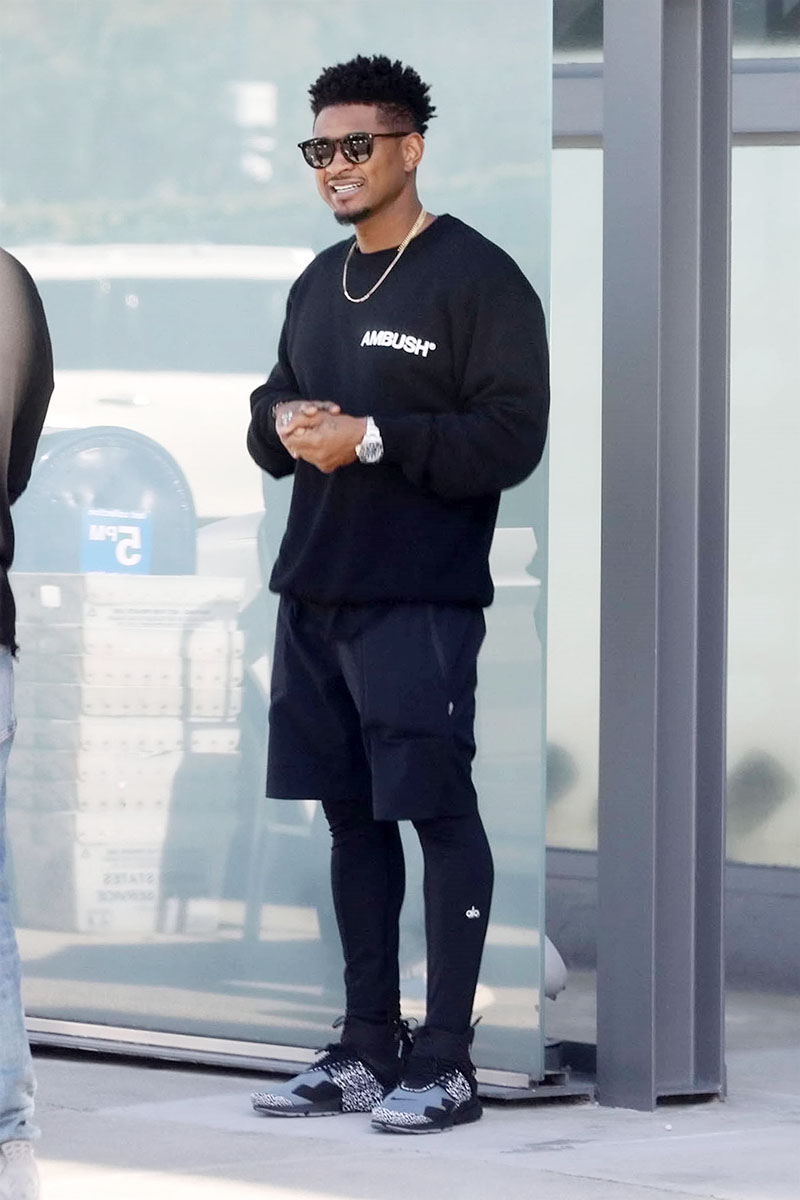 R&B singer Usher was all smiles while chatting with friends outside a recording studio in Los Angeles on Thursday. Usher was dressed in all black leggings, shorts and an Ambush logo cotton jersey which he accessorized with a pair of Nike running trainers. 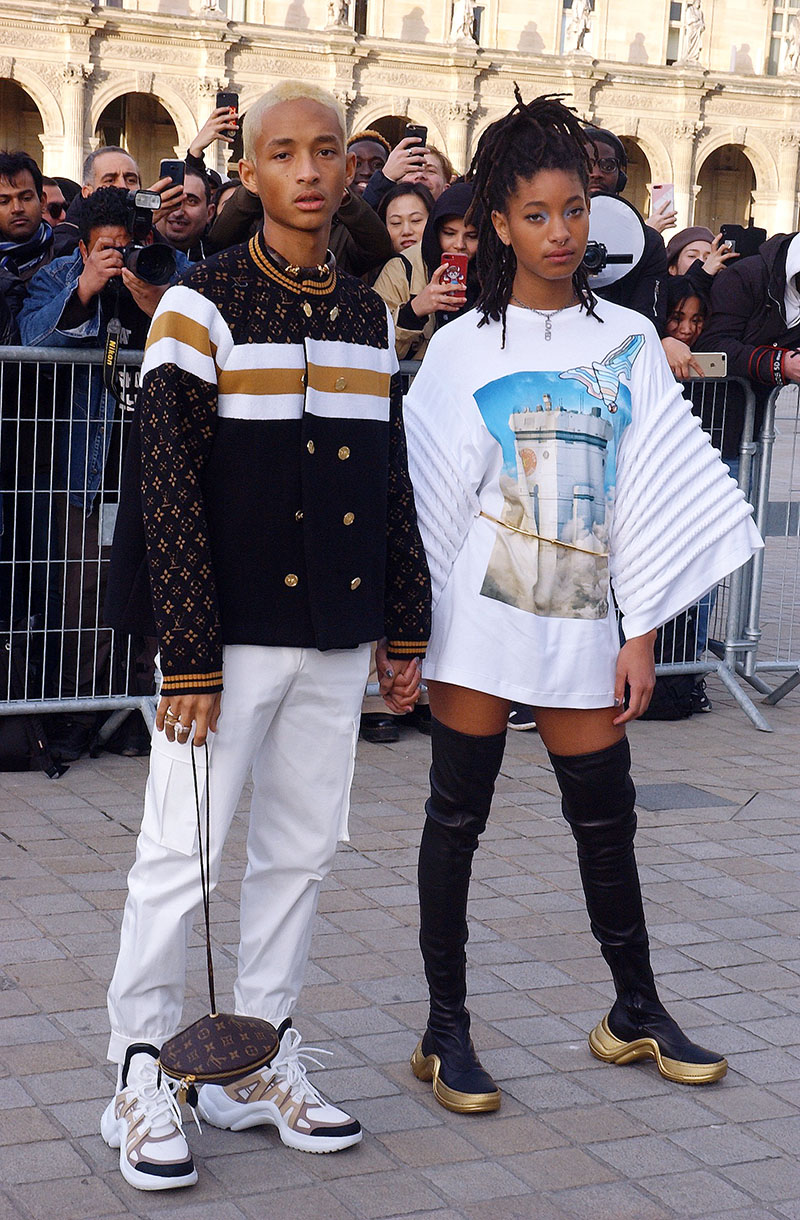 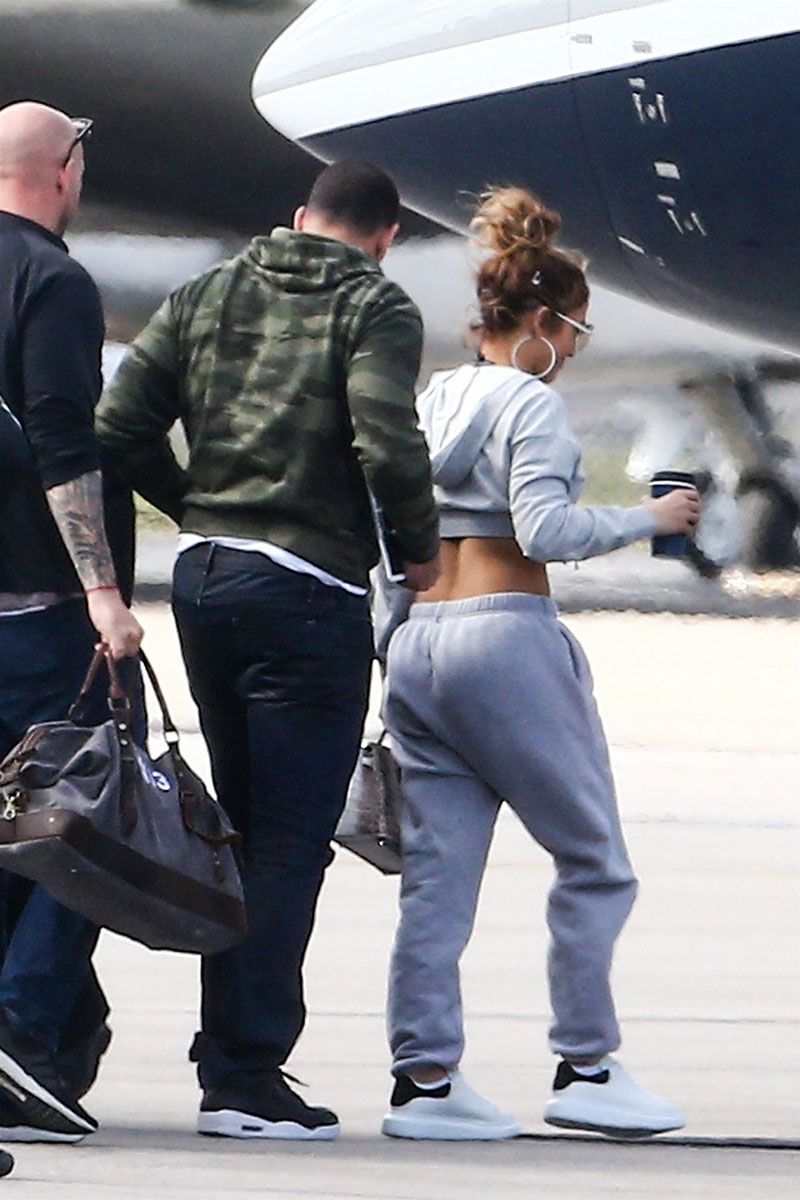 Hollywood power couple Jennifer Lopez and Alex Rodriguez were seen boarding a private jet in Miami on Thursday. Jennifer showed off her toned body in a midriff exposing grey hoodie and grey sweatpants. 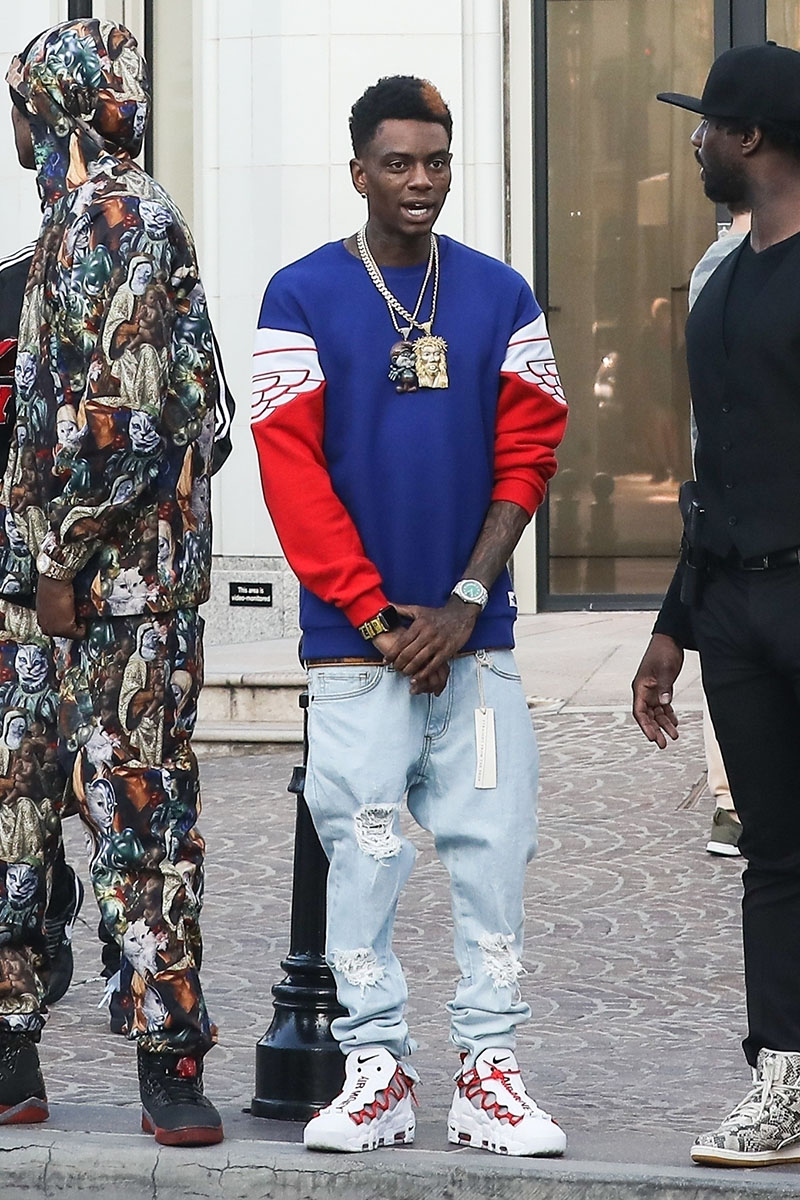 Soulja Boy waits for his Uber driver while shopping on Rodeo Drive in Beverly Hills with his homies. The paparazzi spotted one of the 28-year-old rapper's bodyguards with a gun in a holster (right).