Melvin Edmonds, co-founder and lead singer of the R&B group After 7, passed away on Sunday following a long illness. He was 65.

Melvin Edmonds's death was confirmed by his son, also named Melvin Edmonds. His cause of death was not disclosed. He reportedly suffered a stroke in 2011 that left him partially paralyzed on one side. 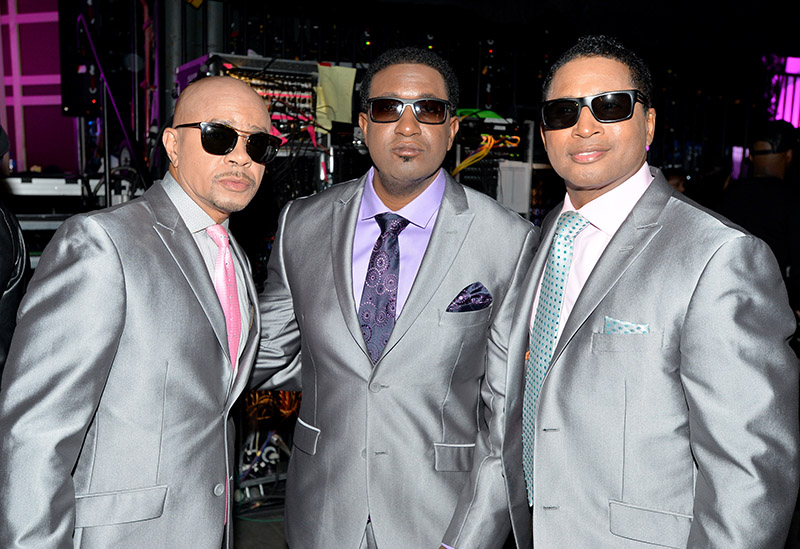 After 7 was founded in 1987 by Kevon, right, and Melvin, center, who brought in their friend Keith Mitchell, left. Melvin's son Jason Edmonds later joined the group after his father quit due to the stress of the music industry.

According to Kevon, Melvin battled a serious drug addiction and he had an addictive personality that caused him to self medicate to relieve the pressure of everyday life.

"Melvin grew tired of the business. There are no checks and balances or safety nets or protections for you in this business," Kevon said. "He still loves to sing but it's the extra stuff that he reached his limit with."

Melvin is survived by his four children: Melvin, Jason, Chris, and Courtney.

After 7 is best known for their hit singles "Heat of the Moment" and "Ready Or Not" off their eponymous debut album in 1989. "Ready Or Not" was the group's highest charting single at number 7.

The debut album was written and produced by members of the R&B group The Deele - L.A. Reid, Babyface, Daryl Simmons, and Kevin "Kayo" Roberson. The Deele is best known for their hit single "Two Occasions."

L.A. and Babyface, along with business partners Simmons and Kayo, went on to write and produce many hit records for R&B artists under their boutique label LaFace Records, based in Atlanta.