The charges against Gundy were brought by the Judicial Qualifications Commission’s investigative panel in a filing before the Georgia Supreme Court, the AJC reports.

She faces nine charges of varying degrees of misconduct, including failing to hold timely hearings for at least six defendants that resulted in them being unlawfully incarcerated, as well as making false statements to the commission, which is a felony.

Gundy has been under investigation into allegations that she frequently showed up late for work or cancelled morning court sessions.

Gundy faces charges of attempting to cover up her chronic tardiness and absenteeism by removing or tampering with a courthouse surveillance A/V system to conceal her late arrivals.

She is also accused of rushing through a morning court session so she could attend a Super Bowl rally for the Atlanta Falcons.

Gundy also reportedly told the court’s operations manager to stop producing “case count” calendars to further conceal her absenteeism, according to the charges.

Additionally, Gundy is charged with threatening to fire a court security officer if he failed to secure seats for her and her family at the 2018 mayoral inauguration. 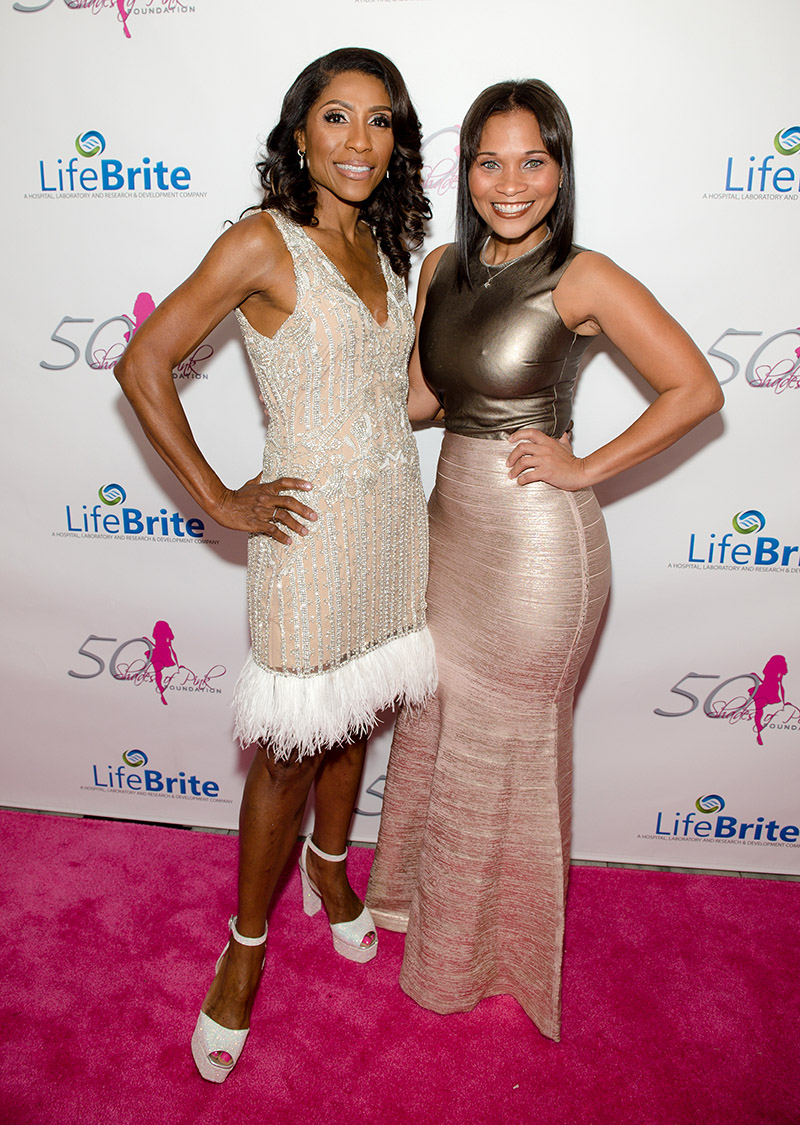 Gundy, 45, who was dubbed the “party judge,” is a fixture at music industry events. She is the ex-wife of music producer Kevin “She’kspere” Briggs (who co-wrote Destiny’s Child’s hit song “Bills, Bills, Bills”).

She is pictured above with Dr. Jackie Walters at the 6th Annual 50 Shades of Pink Gala at Atlanta City Hall on October 13, 2018.

Judge Gundy was appointed to the bench by former Mayor Kasim Reid, who is rumored to be her former lover.

The city paid $56,000 for Gundy’s legal fees before Atlanta City Attorney Nina Hickson wrote a letter to Strickland informing him it was improper under state law to use public funds to pay for a private legal matter.

The city fired Strickland, whose fees were approved by Jeremy Berry, who was hired as city attorney by Reed before he left office.

In a letter sent to Strickland that didn’t mention Gundy by name, Berry said Strickland would be paid $600 an hour “in the matter of a judge.” Hickson became city attorney after Berry resigned.