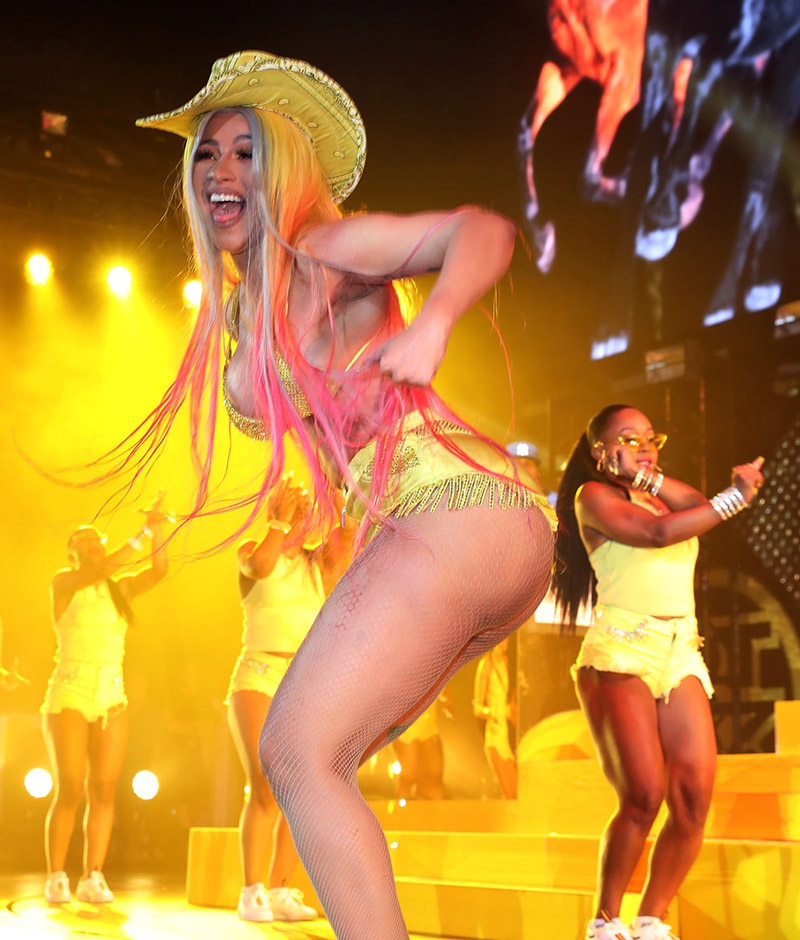 Cardi now chooses to exercise and eat right because plastic surgery is affecting her health.

Earlier this week, Cardi shared a social media photo of her swollen ankles, with the caption: "Look how swollen my feet get every time I take flights. My stomach gets even more puffy."

Fans were worried that the rapper's dependent edema was related to cardiac or renal problems. But botched plastic surgery (particularly in the buttocks) can also cause edema of the lower extremities.

The "Bodak Yellow" rapper, who previously explained she chose liposuction and a breast lift because she didn't have time to workout, now says she finds the time to hit the gym.

"I been working out for the past two weeks cause b**ch I ain't getting (plastic) surgery again," she tweeted.

She also said her exercise regimen has decreased the swelling in her ankles and improved her overall health. She is also eating a low salt diet.

"But let me tell you I have not got a headache ever since," she wrote.