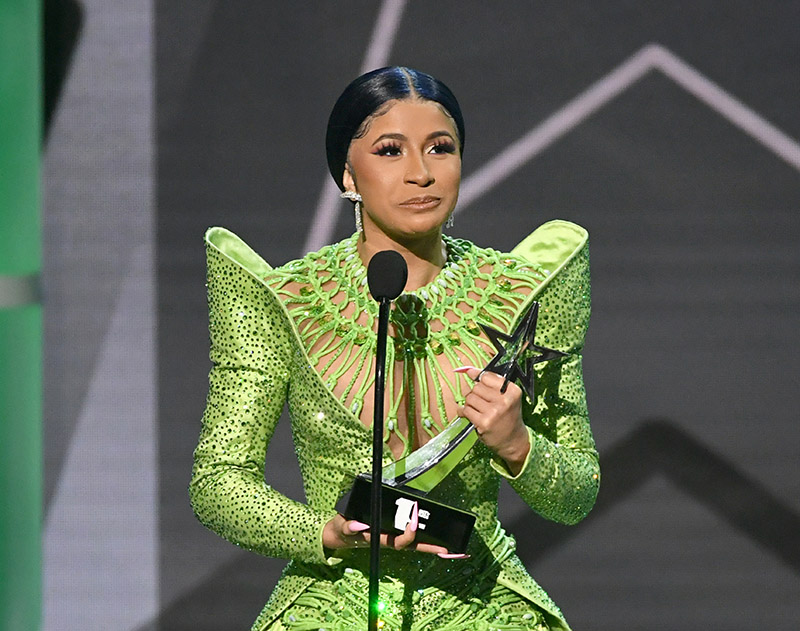 Cardi B led the winners at the 2019 BET Awards on Sunday, taking home two trophies including the prestigious Album of the Year award. 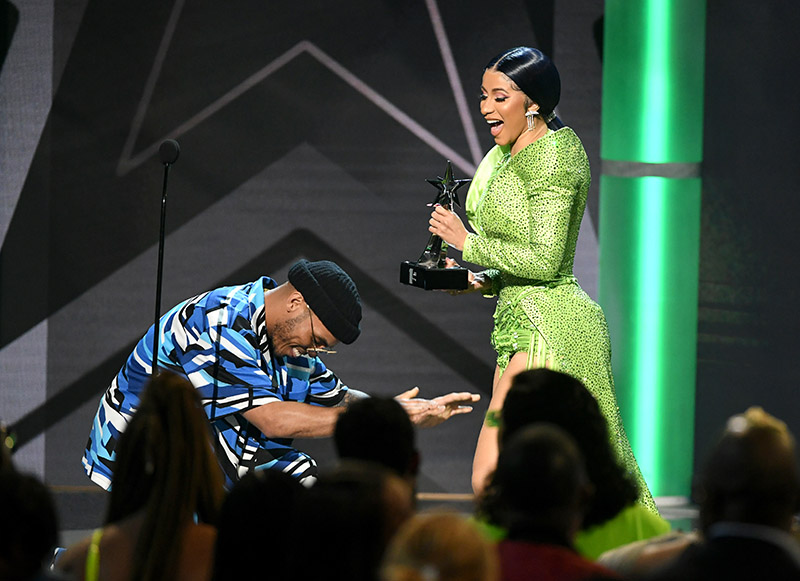 The 26-year-old rapper won the top honor for her debut album, Invasion of Privacy. She was presented the award by Anderson .Paak, who kneeled before as if she was royalty. Cardi couldn't contain her excitement as she thanked the audience at the Microsoft Theater in Los Angeles.

"Thank you so much everybody," she said before sharing her concerns that she may be overrated.

"As a female artist I always feel like, damn, sometimes I feel like I'm doing too much, and sometimes I feel like I'm not doing too much. You know what I'm saying? It's like you're never motherf**king perfect to these people, but, the numbers don't lie. Three times platinum and I want to thank everybody who participated on the album... I'm glad I made an album that your sister, your mother, your grandmother like it." 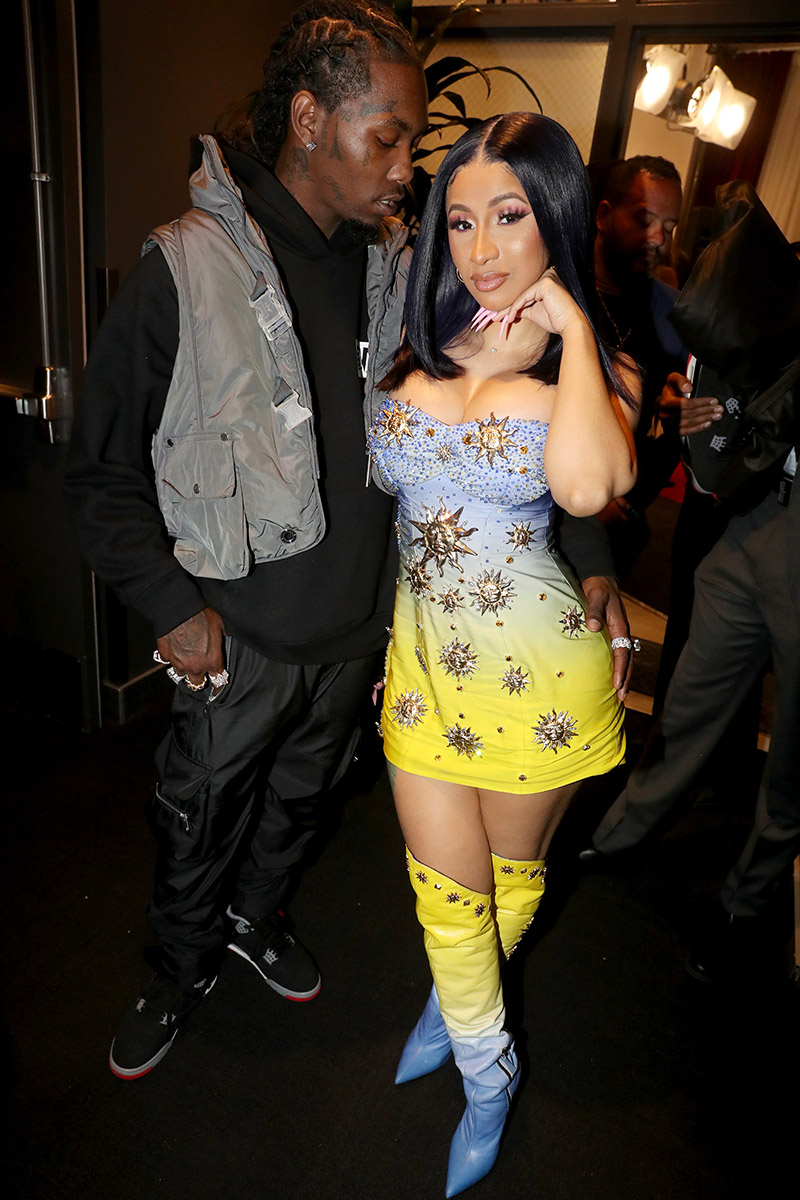 Cardi, who also took home the Best Female Hip-Hop Artist prize, opened the awards show with an energetic performance of her tracks "Press" and "Clout".

Cardi was actually nominated for seven awards, but she lost out on categories such as Collaboration of the Year - which went to Travis Scott and Drake for Sicko Mode - and Video of the Year, which was won by Childish Gambino for This Is America. 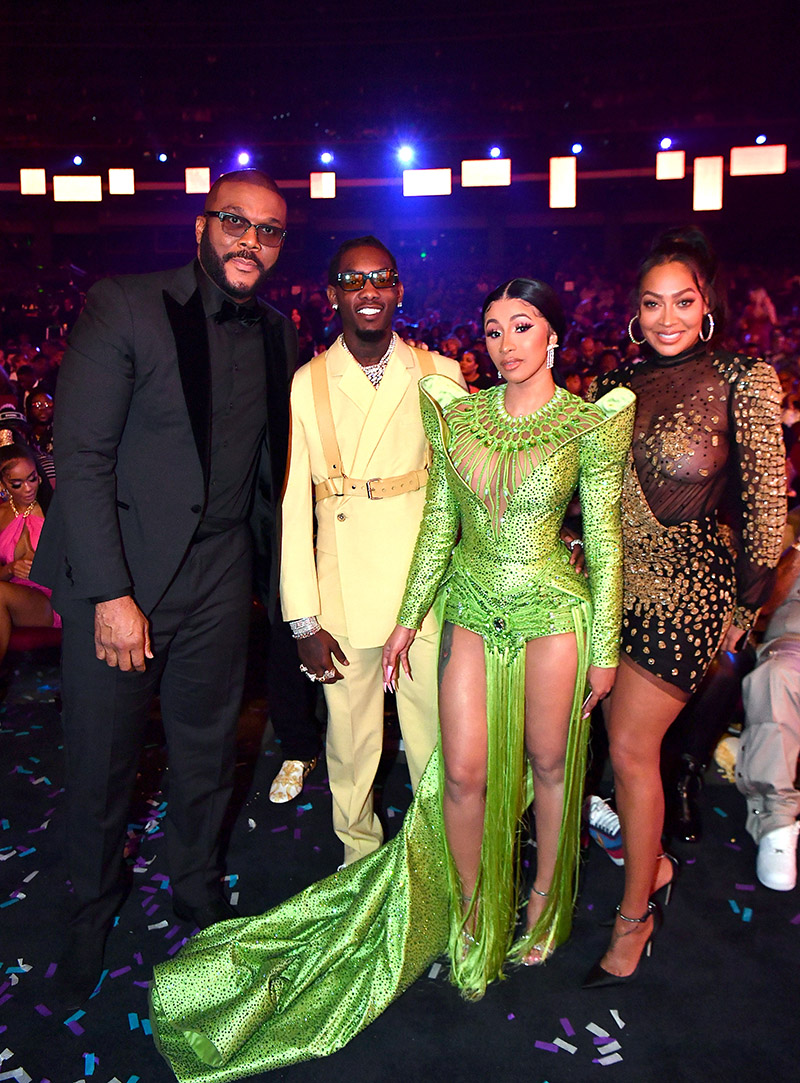 Cardi and Offset posed for photos with director and playwright Tyler Perry, left, and actress La La Anthony, right, during the show at Microsoft Theater. 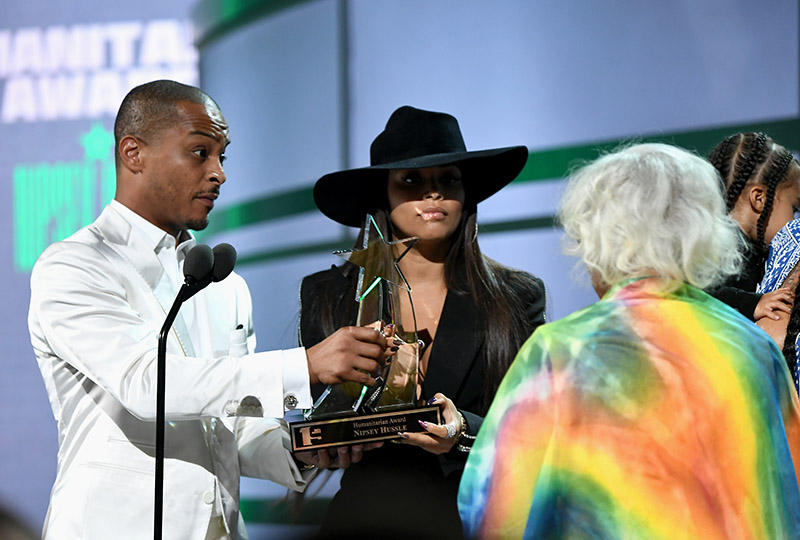 The BET Awards also paid a fitting tribute to late rapper Nipsey Hussle, who was shot to death outside his clothing store on March 31. Nipsey was named Best Male Hip Hop Artist and he also won the Humanitarian Award, which was presented to his family by rapper T.I. Harris. 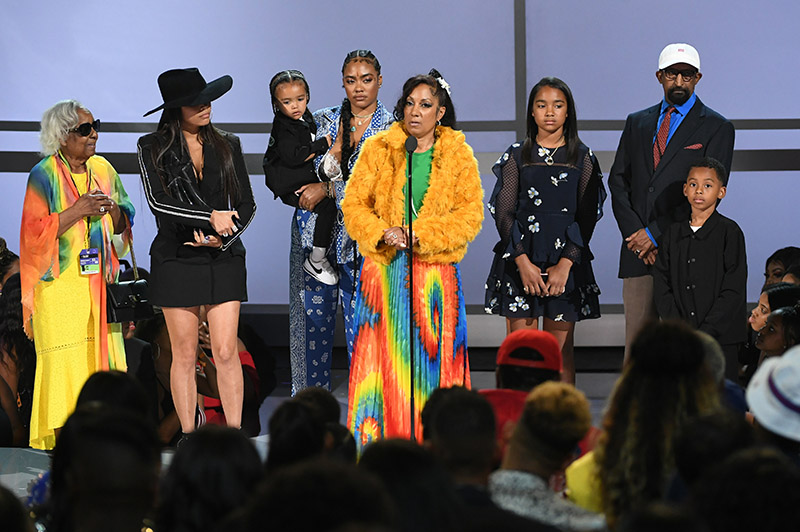 Nipsey's fiancee, actress Lauren London, and his mother, Angelique Smith, accepted the trophy on his behalf, while other members of his family looked on, including his sister, Samantha Smith (holding Nipsey's son Kross), daughter, Emani Asghedom, father Dawit Asghedom, and Lauren's son, Cameron.

"I just want to thank you guys for all the love and support, and the marathon continues again," an emotional Lauren told the crowd.