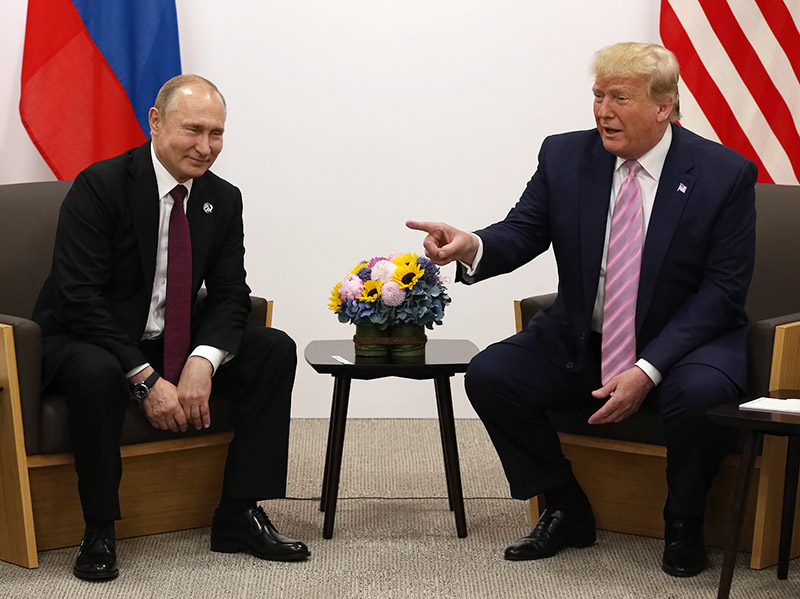 When the two world leaders met at the G20 summit in Osaka, Japan on Friday, Trump brought up the 2016 presidential election that triggered a two-year federal investigation into Russia's possible interference in the election.

After a reporter asked Trump if he would tell Putin not to interfere in the election, Trump said, "Yes, of course, I will."

Trump then turned to Putin and playfully asked him not to do it again. "Don't meddle in the election, president," Trump said to Putin as reporters shouted questions at him.

Wagging a finger at the Russian president, Trump repeated, "don't meddle in the election."

The moment came after Trump said, "it's a great honor to be with President Putin."

He continued: "We have a very very good relationship and we look forward to spending some very good time together. A lot of very positive things are going to come out of the relationship."

The American media and lawmakers were not pleased with Trump's playful exchange with Putin.