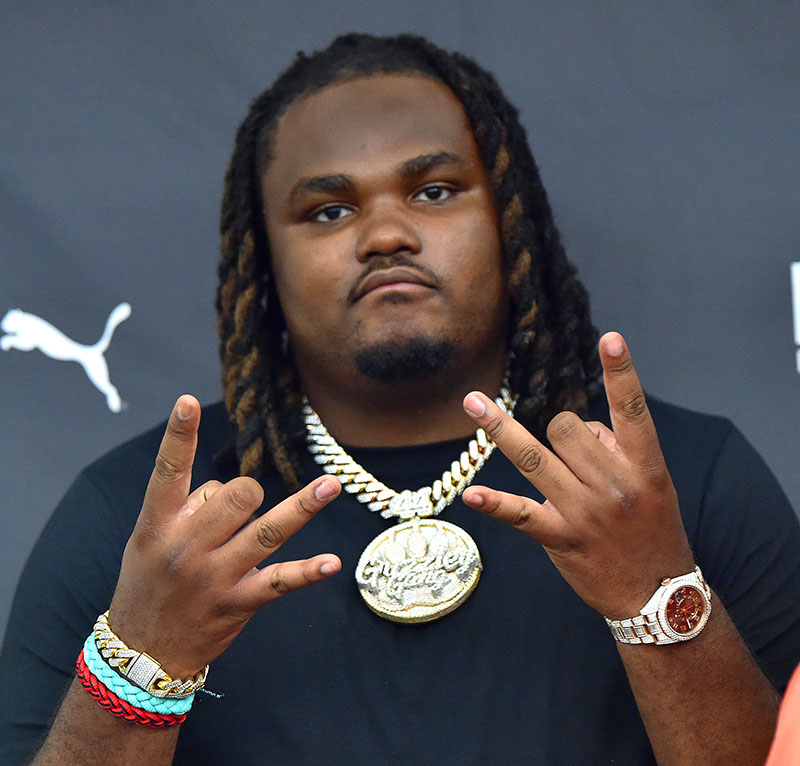 The aunt of rapper Tee Grizzley was killed in a drive-by shooting in Detroit, MI on Tuesday, Aug. 20. The condition of Grizzley, real name Terry Sanchez Wallace, is unknown. Sources say the rapper was the intended target of gunmen who opened fire as Grizzley was exiting the vehicle around 9 p.m. on Tuesday.

TMZ reports Tee's aunt, Jobina Brown 41, was sitting in the back seat of the vehicle when she was shot multiple times. She died at the scene. There are reports that the shooting is connected to another shooting that occurred less than three minutes before the rapper's car was shot up.

Grizzley's friend, Atlanta rapper Lil Yachty, sent prayers for the rapper on Instagram. "Praying for my bro. One of my real friends. In my thoughts till I hear from you. Love you broski."

Grizzley was very close to his aunt, who served as his manager. When Grizzley made it big, he sent Brown on an all-expenses paid trip to Bora Bora.

The shooting occurred the same day his new single "Next Up" dropped.

Grizzley is best known for his singles "First Day Out", "No Effort", "Colors", and "From the D to the A".