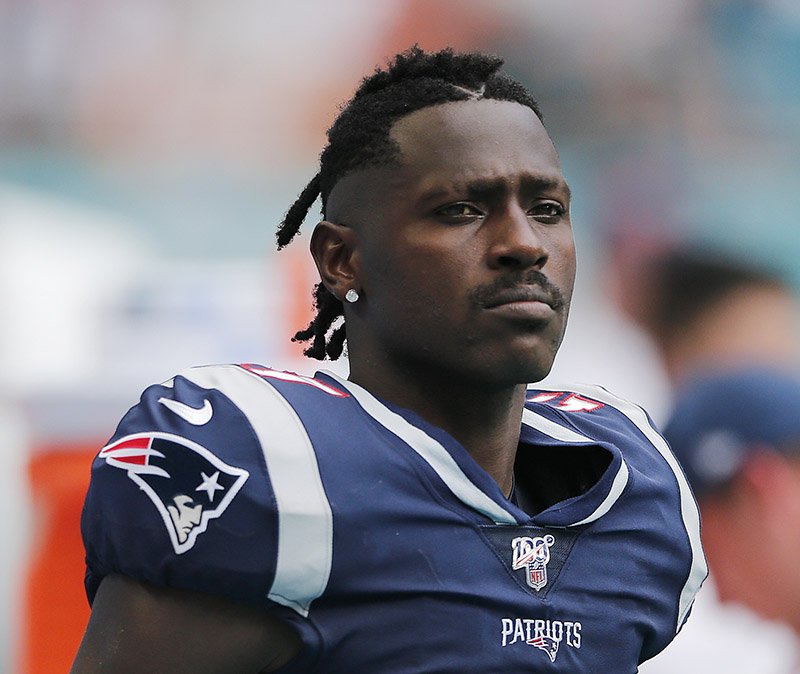 Klemko, who is mixed race, took to Twitter to repost death threats and racist tweets directed at him from Patriots fans.

Another user wrote: "I really hope something bad happens to you soon. Like SOON and it will trust me."

On Sunday in a since-deleted tweet Brown encouraged Patriots fans to bring the heat on Klemko. He retweeted a post by The Daily Beast, saying "System working effectively."

Brown, 31, was let go last week by the New England Patriots after he sent a group text threatening the unidentified artist.

The woman claims she was hired by Brown to paint his portrait for a mural in his Pittsburgh home in 2017.

She said that while working on the portrait, Brown emerged from his bathroom naked and holding a hand towel over his genitals.

After Sports Illustrated published her story, Brown tried to intimidate her by sending photos of her children via group text.

He was released by the team after just 11 days.

Klemko is no pushover. In 2014 he was suspended by Sports Illustrated after he had a physical altercation with a cab driver in Chicago.