House Speaker Nancy Pelosi announced a formal impeachment inquiry into President Donald Trump on Tuesday. Pelosi made the announcement after meeting with House Democrats in a closed door session on Tuesday.

"Today, I'm announcing the House of Representatives is moving forward with an official impeachment inquiry," said Pelosi on Tuesday.

Trump is under fire for allegedly pressuring the Ukrainian president to give him dirt on former U.S. Vice President Joe Biden and his son Hunter Biden.

At issue is a July phone call between Trump and Ukrainian President Volodymyr Zelensky in which Trump allegedly pressured the Ukrainian government to reopen an investigation into presidential candidate Joe Biden and his son.

On Wednesday, the White House released the unredacted transcript of the phone call between the U.S president and the Ukrainian president.

Among the 5 pages is a section where Trump asks President Zelensky to do the United States a favor and find out what he knows about Hillary Clinton's email server.

"The server, they say Ukraine has it," Trump said.

Trump also asked Zelensky about the now closed investigation into Biden's son, Hunter Biden, who was allegedly paid millions of dollars to sit on the board of a Ukrainian energy company. 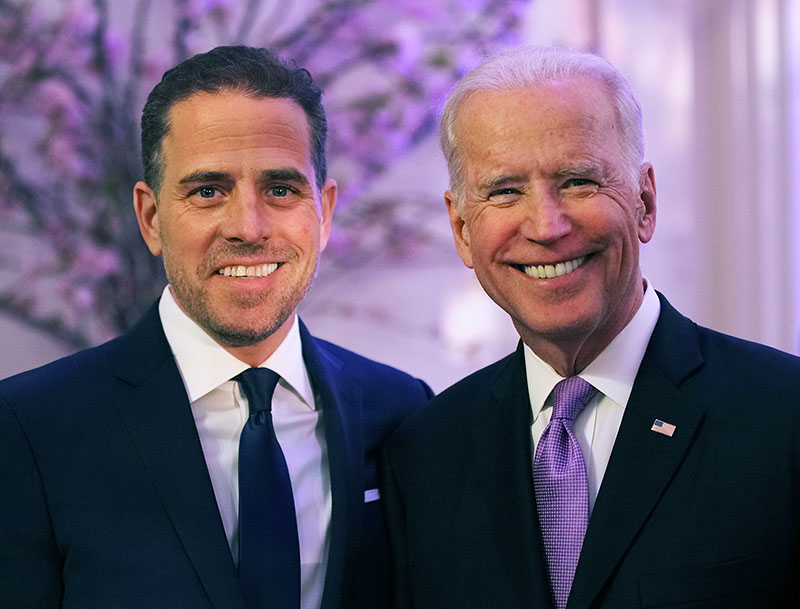 Trump was interested in reports that Biden, while still vice president, forced out Ukrainian prosecutor Viktor Shokin who was investigating Hunter's business dealings with an energy company called Burisma Holdings.

The whistleblower who leaked the details of the phone call to the media has indicated through his or her attorney that they are willing to testify before Congress.

If Trump is impeached, he will join 2 other sitting presidents to be impeached in the modern era: Bill Clinton and Richard Nixon.