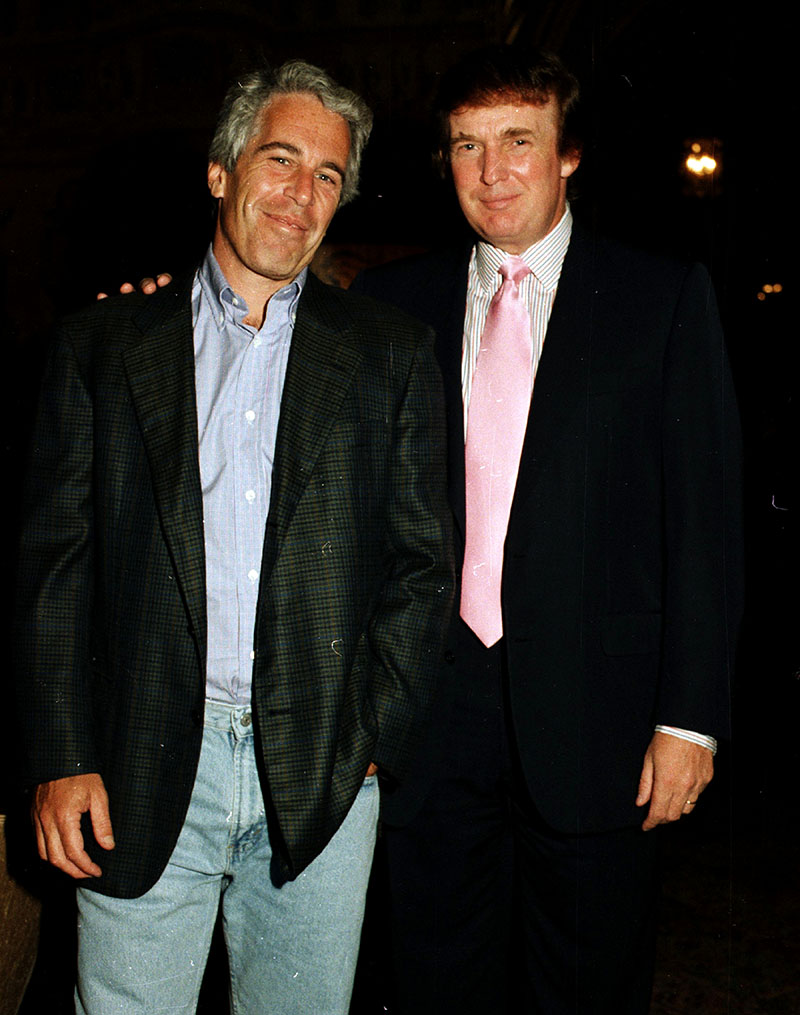 Epstein, 66, committed suicide by hanging in his Manhattan jail cell on August 10. He was charged with multiple counts of sex trafficking of minor girls, and was set to testify against his high-profile friends, including President Donald Trump (pictured right), in exchange for a more lenient sentence.

Baden said Epstein's body bore the telltale signs of homicidal strangulation, not suicide as was widely reported by the news media. "In 50 years I've not seen such injuries in a suicidal hanging," said Baden.

Baden, 85, was hired by Epstein's brother to conduct a thorough autopsy after the body was released to the family.

Baden says the billionaire had two broken bones on the left and right sides of his larynx, around the Adam's apple. But the telltale sign of murder was a fracture to the hyoid bone in his neck above the Adam's apple.

"Those three fractures are extremely unusual in suicidal hangings and could occur much more commonly in homicidal strangulation," Baden told Fox News.