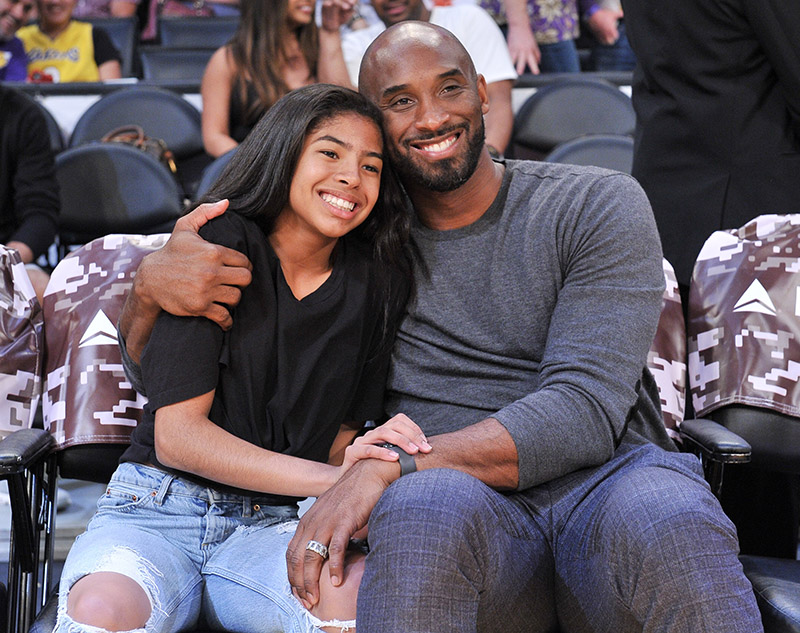 Aviation officials and law enforcement officials are reportedly investigating whether Kobe Bryant's helicopter pilot was suicidal at the time of the crash that killed the NBA legend and 7 other passengers.

Aviation experts who studied the helicopter's bizarre flight path and weather maps observed that the pilot flew away from the airport and he had enough visibility to see the hills before he flew into them.

The Federal Aviation Administration (FAA) and National Transportation Safety Board (NTSB), alongside the FBI are investigating whether pilot Ara Zobayan flew a controlled flight into terrain or CFIT.

A controlled flight into terrain is an accident in which a pilot intentionally or inadvertently flies an aircraft into the ground, a mountain, a body of water, or an obstacle such as a building.

"All signs point to a [controlled flight into terrain]," an aviation source told The Washington Examiner.

An air traffic controller warned Zobayan at least twice that he was flying too low to be tracked by radar.

Federal aviation officials are looking into Zobayan's background and interviewing his friends and family to determine whether he had financial or personal problems.

Suicide by pilot is an event in which a pilot intentionally crashes an aircraft in an attempt to kill himself and sometimes passengers.

The suicide by pilot theory was considered after flight data shows Zobayan flew too low and turned away from the airport toward the hilly terrain in the final seconds before the crash that killed the NBA legend, his 13-year-old daughter, Gianna, and 6 other passengers.

The crash also killed college baseball coach John Altobelli, 56; his wife, Keri; and their daughter Alyssa Altobelli, who played on the same basketball team with Gianna. Another young basketball player, Payton Chester, was also killed along with her mother, Sarah Chester; and Christina Maurer, a girls basketball coach at Harbor Day School, a private elementary school.

Zobayan, 50, was an experienced licensed commercial pilot of 12 years, a certified flight instructor of 2 years and a ground instructor of 11 years, according to federal aviation records.

Audio captured by LiveATC.net revealed that the pilot said he was climbing to avoid clouds when he suddenly veered off path above U.S. Route 101. Seconds later, he crashed into the hillside.

Zobayan was flying under visual flight rules (VFR), meaning he was relying on his eyesight to see the ground below him rather than using the helicopter's more accurate instrument panel to determine his elevation.

Disoriented pilots often follow Route 101 when flying by sight only.

Aviation expert Philip Greenspun told The Weather Channel: "You have to really follow [Route] 101 carefully if you want to avoid the hills. Once you mistakenly point the helicopter toward the hills due to, perhaps, being in a cloud or the visibility being really low, the only way to get away from the hills is by turning. Not by climbing into them."

Aviation experts say a pilot with Zobayan's experience should have flown away from the hills in dense fog, not toward them. 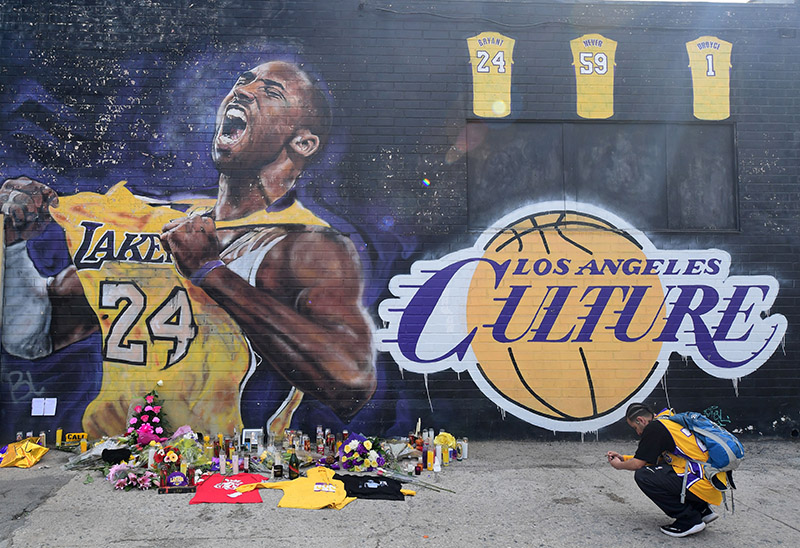 Bryant's former pilot, Kurt Deetz, has claimed that the Sikorski S-76B was "almost bulletproof" and would not have dropped out of the sky and crashed into a hillside.

Deetz said the helicopter was like a "limousine" that was in "fantastic" condition and it was "so reliable" that it wouldn't just "fall out of the sky."

"There aren't a lot of people readily qualified to fly it," Deetz told CNN on Monday. "They don't just fall out of the sky."

Deetz told the L.A. Times that the crash likely occurred due to dense fog rather than engine or mechanical problems. The weather was so bad that local police departments grounded their choppers.

"The likelihood of a twin engine failure on that aircraft - it just doesn't happen," he said.

The $13 million helicopter was 29 years old and logged "more than 7.4 million hours of safe flight.

In his final transmission to the tower Zobayan told an air traffic controller he was climbing to avoid a cloud layer.

Pilots who spoke with TMZ said they believe Zobayan panicked and ascended 2,000 feet in order to clear a mountain.

Flight tracking data shows he then rapidly descended 1,700 feet in what may have been an attempt to fly under the fog.

At the time of the crash, the fog ceiling was about 1,300 feet above ground with a visibility of 5 miles. The pilots believe Zobayan would have seen the mountain before he flew into it.

Several of the pilots agree that Zobayan should have switched to Instrument Flight Rules (IFR) and climbed above the fog rather than descend.

An air traffic controller warned Zobayan that he was flying too low to be seen on radar. "Two Echo X-ray, you are still too low for flight following at this time."

The tail number of Bryant's helicopter was N72EX.

Seconds later, the helicopter reportedly plunged nearly 500 feet in 15 seconds before it crashed into the hillside above Calabasas.

The crash site is only 17 miles from the Mamba Sports Academy, where the group was heading to attend a girls basketball tournament. 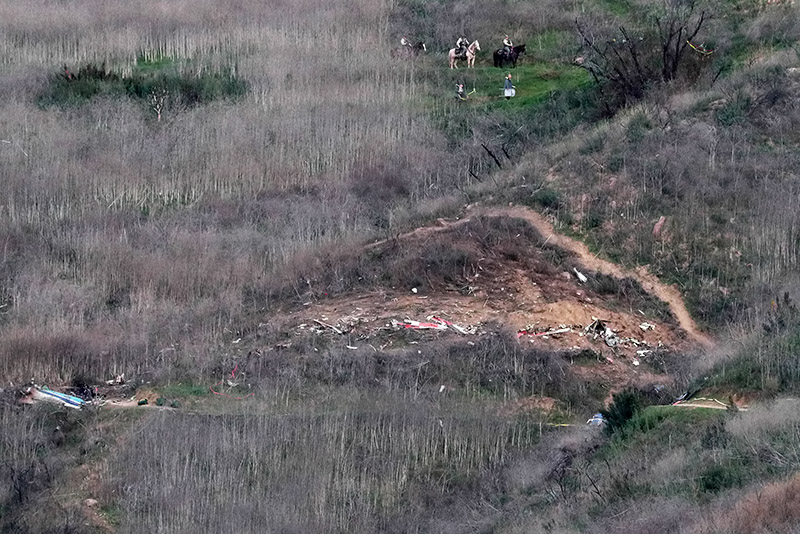 When it struck the hillside, the helicopter was flying at about 184mph and descending at a rate of 4,000 feet per minute, according to Flightradar24. The wreckage was scattered over the length of a football field.

The rugged terrain complicated efforts to recover the remains. Only three bodies were recovered by Monday, according to the Los Angeles County Medical Examiner's Office.

Medical examiner, Dr. Jonathan Lucas, estimated it would take a couple more days to recover the rest of the bodies.