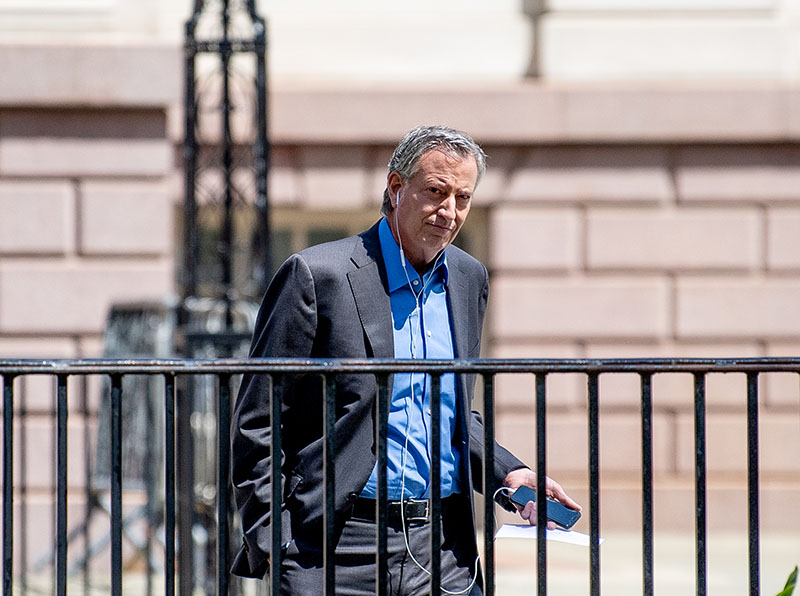 The Democratic mayor called for citizens to report violators by texting pictures of people who were not social distancing to prevent the spread of Covid-19.

But outraged residents who believe de Blasio overstepped his authority flooded the line with obscene photos and images comparing de Blasio to Hitler. They also posted photos of the mayor going to the gym to workout while New Yorkers are forced to stay home.

Other images included pictures of extended middle fingers and photos of the mayor accidentally dropping the Staten Island groundhog on Groundhog Day.

One user wrote: "We will fight this tyrannical overreaction!"

Another caller left a message saying de Blasio was spotted performing oral sex on someone "in an alleyway behind the 7-11" early Sunday.

"He looked at me and coofed in my direction," the caller said.

According to the Urban Dictionary, "coof" is a slang term for coughing while infected with Covid-19.

The NY Post reports the snitch line has since been shut down.