Kareem Abdul-Jabbar's son, Adam Abdul-Jabbar was arrested and charged with one count of assault with a deadly weapon this week.

According to the report, police responded to a call about a stabbing in the area around 10 p.m.

Adam was arrested "without incident" and booked into jail. The booking sheet described Adam as 6-foot-7 and 180 pounds. He has since been released.

The victim transported himself to a hospital with "non-life-threatening injuries." 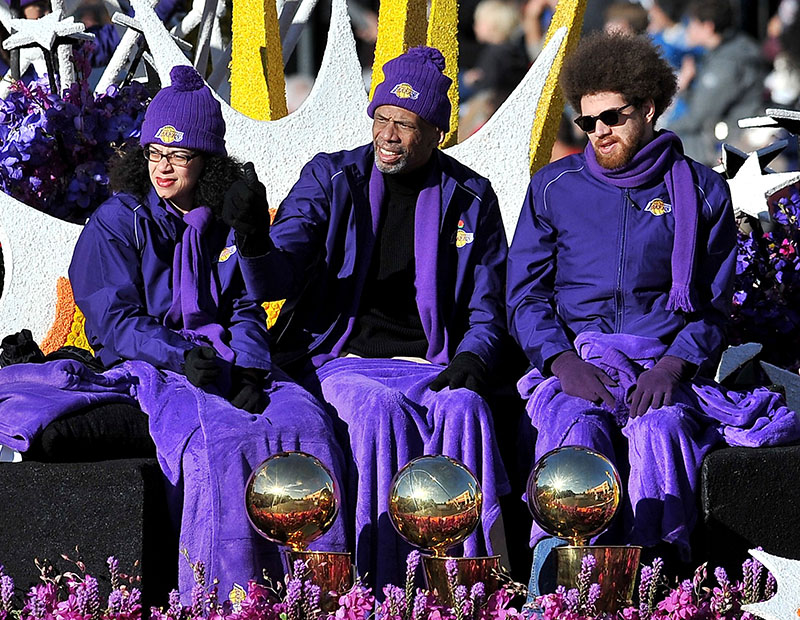 Kareem Abdul-Jabbar appeared with Adam on "Celebrity Family Feud" in 2017. Adam and Kareem are pictured in 2016 with Kareem's ex-girlfriend Cheryl Pistono, the mother of Kareem's son, Amir.