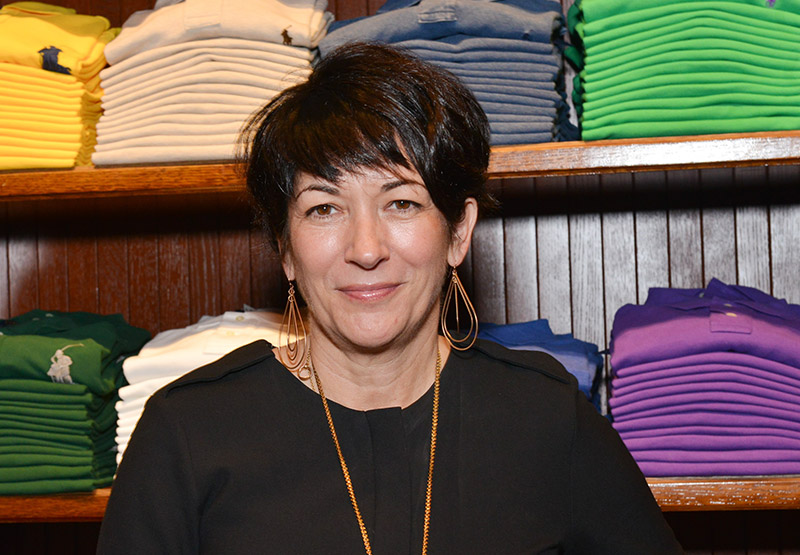 British socialite Ghislaine Maxwell is secretly married, but she is refusing to identify her spouse to prosecutors.

The 58-year-old is being held without bail on charges of recruiting and grooming young women for her convicted pedophile ex, Jeffrey Epstein.

Federal agents uncovered information about Maxwell's marriage during her appearance in Manhattan Federal Court via video conferencing from jail on Tuesday, when she pleaded not guilty.

Maxwell is accused of hiding the identity of her spouse and the extent of her wealth from prosecutors.

"The defendant ... makes no mention whatsoever about the financial circumstances or assets of her spouse whose identity she declined to provide to Pretrial Services," said Assistant U.S. Attorney Alison Moe, according to the New York Post.

"There's no information about who will be co-signing this bond or their assets, and no details whatsoever." Moe told Judge Alison Nathan.

Maxwell's lawyers asked for their client to be released on bail ahead of her trial in July, 2021, but the judge sided with prosecutors, who insisted the socialite is an "extreme flight risk".

The judge ruled Maxwell has already exhibited an "extraordinary capacity to evade detection" prior to her arrest in New Hampshire by FBI agents on July 2.

Agents swarmed Maxwell's million-dollar hideaway and found her hiding in a secret room in the mansion.

Maxwell had hired a private security firm to guard her house. Her cell phone was wrapped in tin foil to prevent her phone from pinging.