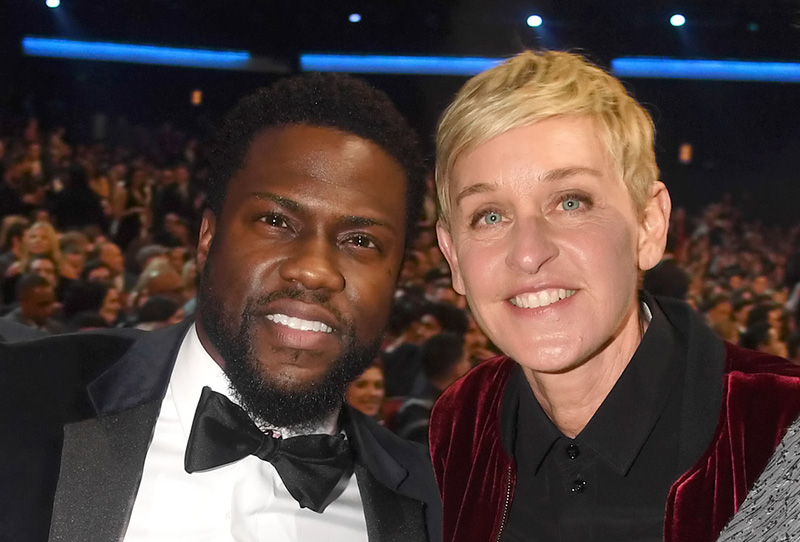 DeGeneres faces cancellation of her Ellen DeGeneres Show after suffering its worst ratings decline ever.

Hart joined other Black millionaires, such as singer Tyrese Gibson, in a show of support for DeGeneres after past and present staffers accused her of contributing to a "toxic" environment on the set.

Hart shared a message of support for DeGeneres on Instagram.com, saying, "It's crazy to see my friend go thru what she's going thru publicly. I have known Ellen for years and I can honestly say that she's one of the dopest people on the f---ing planet. She has treated my family and my team with love and respect from day 1. The internet has become a crazy world of negativity. We are falling in love with people's downfall. It's honestly sad. When did we get here?"

But his followers were less not impressed by Hart's message. They dragged him on social media for defending DeGeneres after Black staffers confirmed the troubling reports about her.

One IG user wrote: "Oh the millionaire treated the other millionaire with respect? May as well end the investigation here."

Another user wrote, "Stay out of the Ellen show toxicity issue it's not about you it's about the employees who worked under her. Workplace bullying happens and never discount the ones that were victimized!! If you want to support Ellen GIVE HER A CALL IN PRIVATE!! Of course She's not gonna treat big celebs horribly!"

In a follow-up video on Tuesday, Hart shared his frustration at users dragging his good name.

Issa Rae is Off the Market; Actress Marries Louis Diame in South of France