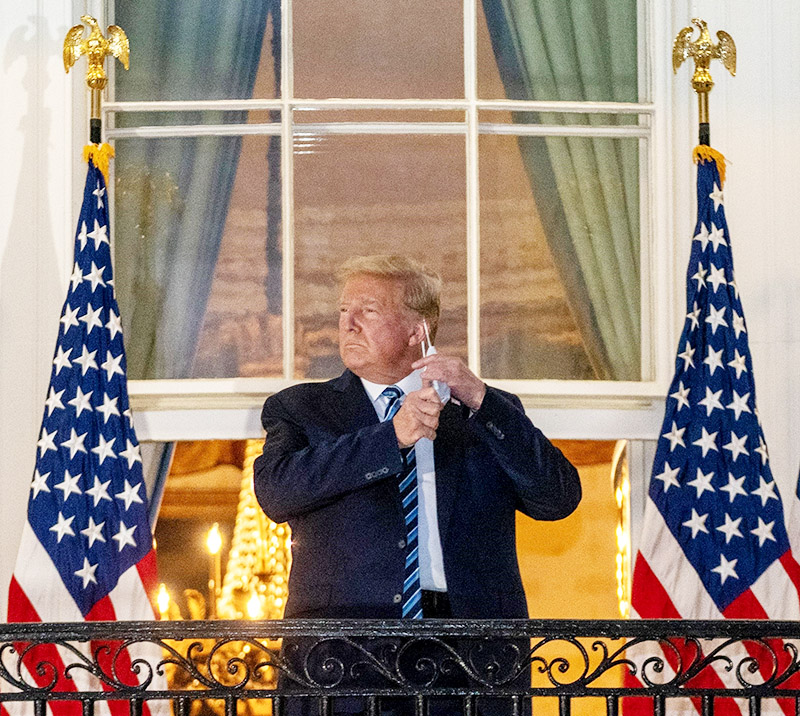 Trump and his wife Melania were diagnosed with COVID-19. The President announced their positive tests early Friday. He was taken to Walter Reed Medical Center for observation and treatment later that day.

Trump tweeted about the upcoming flu season on Tuesday, the morning after he returned home from the hospital.

"Flu season is coming up! Many people every year, sometimes over 100,000, and despite the Vaccine, die from the Flu. Are we going to close down our Country? No, we have learned to live with it, just like we are learning to live with Covid, in most populations far less lethal!!!"

"This Tweet violated the Twitter Rules about spreading misleading and potentially harmful information related to COVID-19. However, Twitter has determined that it may be in the public’s interest for the Tweet to remain accessible."