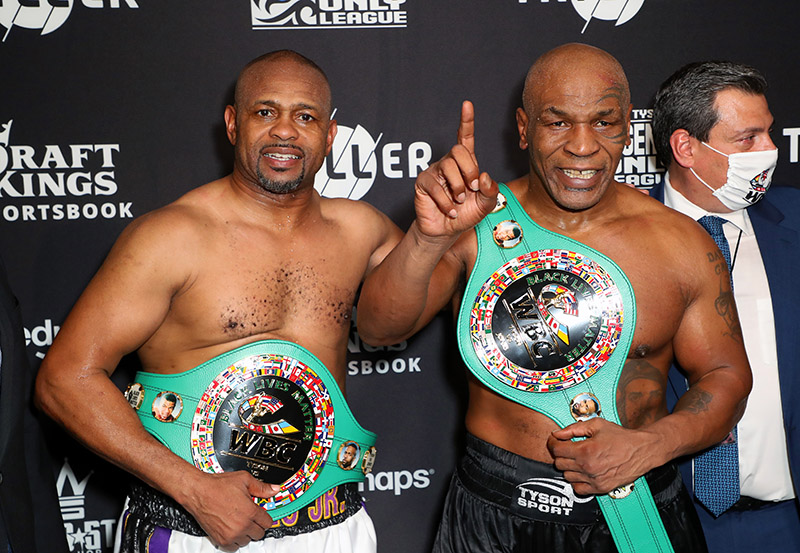 Mike Tyson, 54, and Roy Jones Jr., 51, fought to a draw on Sunday night, as the 2 heavyweight champs returned to the ring for a battle of old timers.

On the undercard, YouTube star-turned-boxer Jake Paul knocked out former NBA star Nate Robinson in the second round. 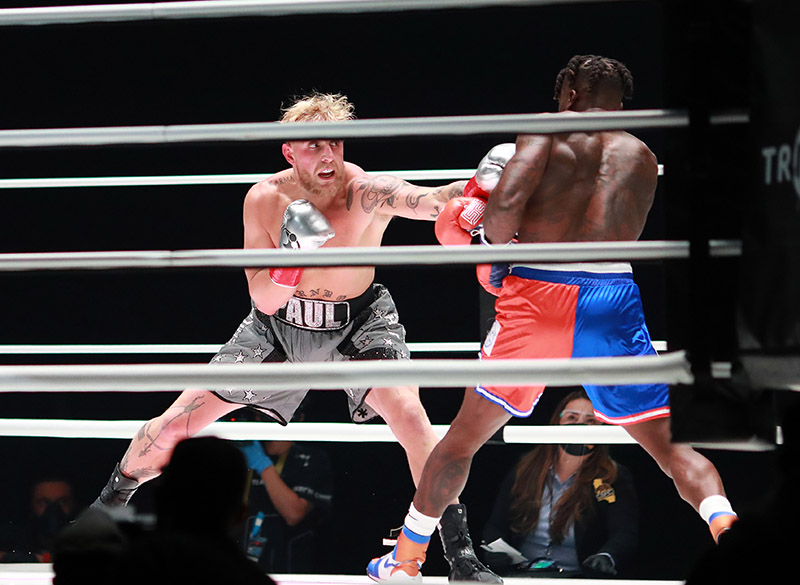 Paul, 23, had promised to knock out Robinson in the first round and he warned Robinson's kids not to watch the fight.

Robinson, 36, was fired up at the opening bell as he raced across the ring and stunned Paul with a right hook. But he quickly ran out of steam and the fight resembled more of a wrestling match at times.

Paul, who won his first fight in January, knocked Robinson down in the first round and again in the second. 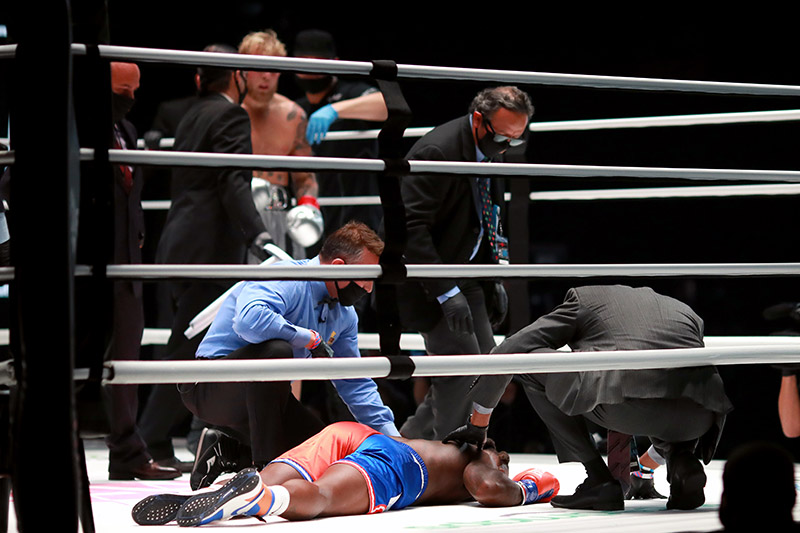 Robinson beat the count, but Paul landed a brutal right hand in the second round that left Robinson sprawled on the canvas while medical staff worked on him before helping him out of the ring.

Robinson was making his debut as a boxer after a 10-year career in the NBA. Both men waged a war of words on Twitter to hype the fight. 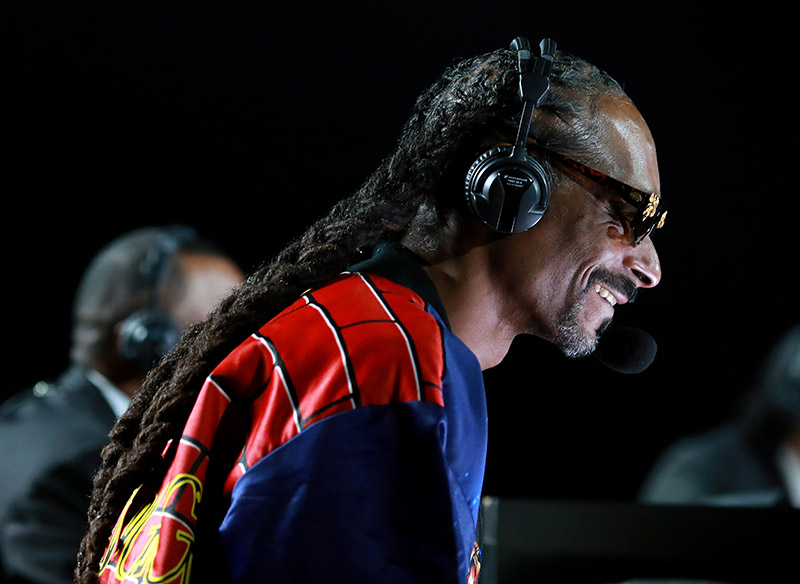 Old skool rapper Snoop Dogg was a ringside announcer while actor Mario Lopez was the master of ceremonies for the undercard fights.

Watch the Jake Paul knockout of Nate Robinson below. 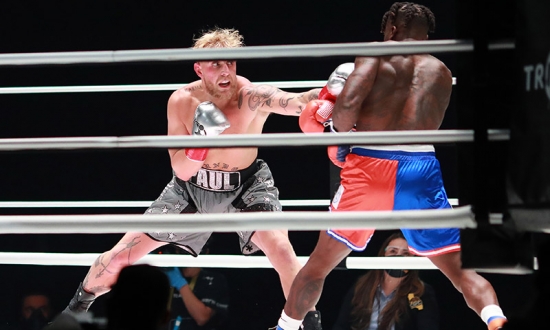 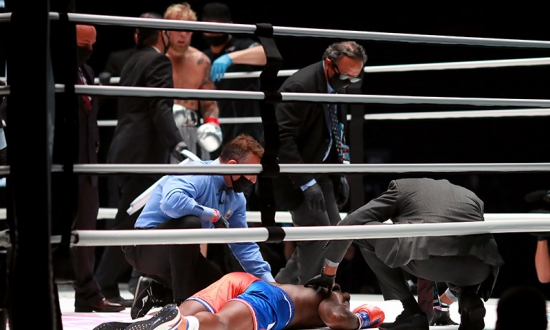 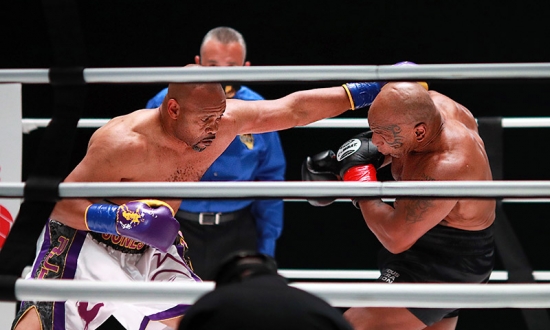 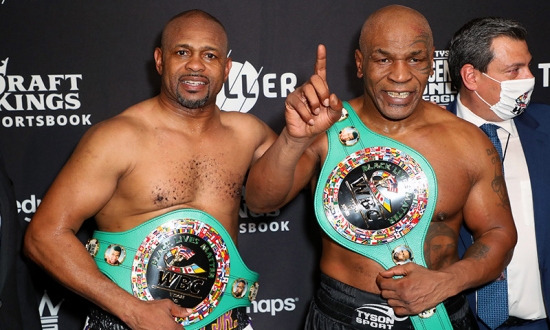 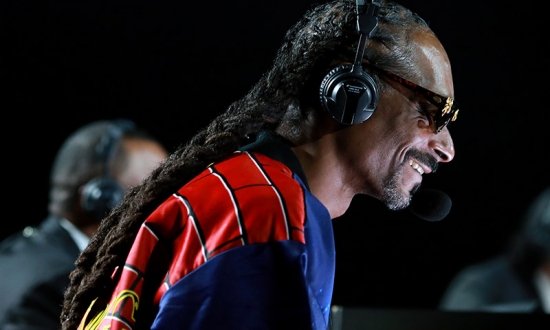 Word On the Street airs every Sunday night from 9pm - 11pm on WSB 95.5 FM in Atlanta. Click here to listen.