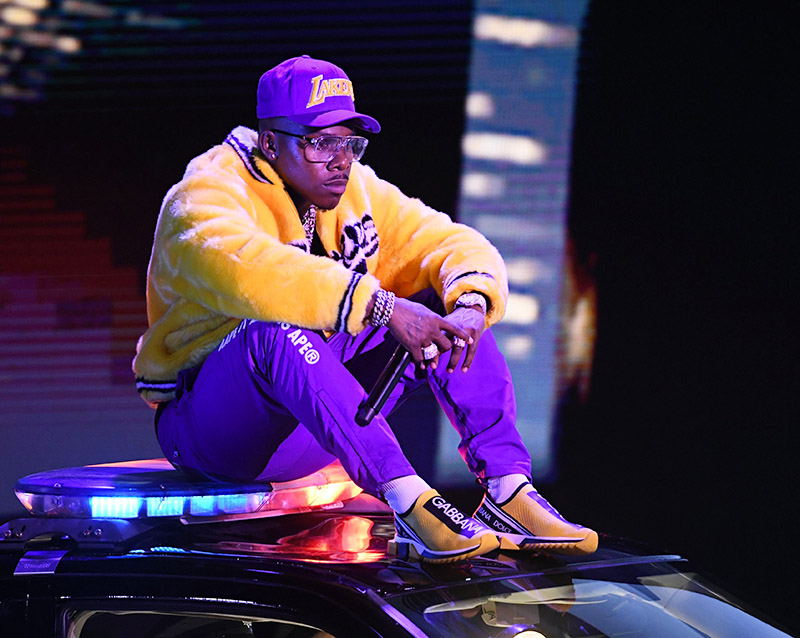 The father-of-four reportedly died from a self-inflicted gunshot wound in Charlotte, North Carolina, hours after he posted a video of himself armed with a gun and crying about the way his life had turned out.

Sources say Johnson claimed he had been wronged in the past. Afterwards, he shot himself in the head. He was found in his car in a parking lot on Berkeley Place Drive off Mallard Creek Church Road, WSOCTV reports. Johnson leaves behind three daughters and a son.

Following the tragic news, the "Rockstar" rapper, real name Jonathan Lyndale Kirk, changed his Instagram bio to, "LONG LIVE MY BROTHER," along with a black heart and a white dove emoji.

DaBaby previously mentioned his brother's mental health struggles on his 2019 lead single "Intro" from his second studio album Kirk, according to Rap-Up magazine.

"My brother be thinkin' that we don't love him and let him struggle like we ain't family / Like I won't give up all I got to see you happy," he raps.

DaBaby also shared photos of himself in Charlotte offering to take voters to the polls as part of his commitment to the #NOCAP2020 project.

The rap star accompanied the pictures with just a black heart emoji in the caption.