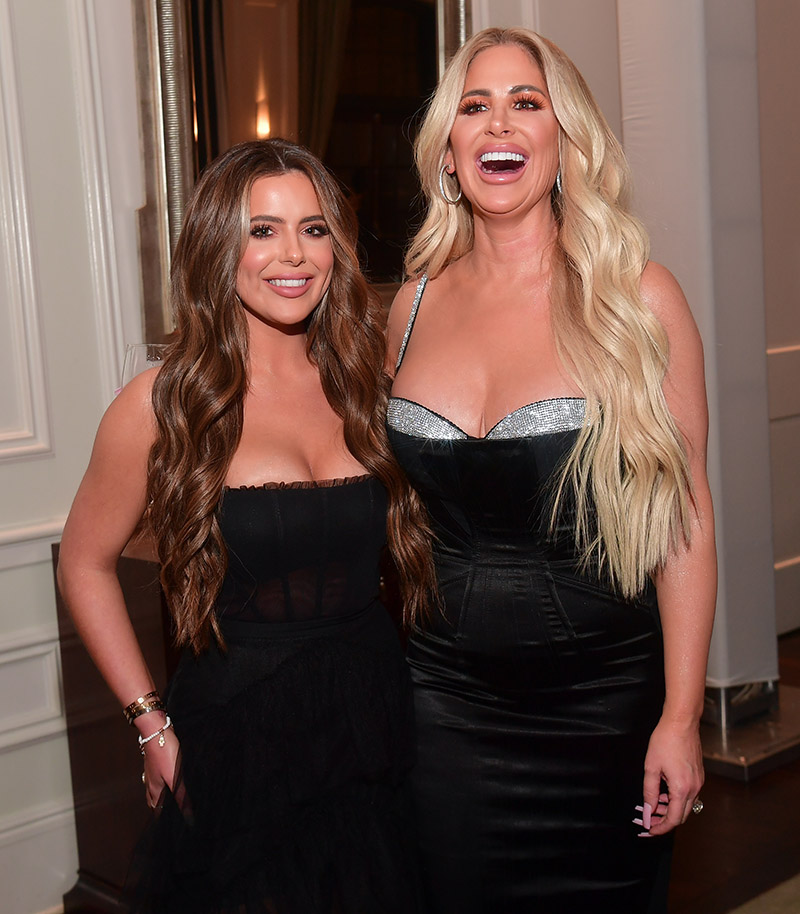 Kim seems proud of the fact that NFL players might think of her 23-year-old daughter as an easy woman who gives up the goodies without hesitation.

"A lot of athletes DM Brielle," said Zolciak, 42. She noted her husband, former Atlanta Falcons defensive end Kroy Biermann, is all too aware of what the athletes want.

"Kroy's a rare athlete, you know, he definitely verbalizes what men want," she continued. "We all know, obviously, kind of what they want, but there's those few far in-between guys that definitely want a relationship and a connection."

She added: "Kroy's worked with them, and he has a lot of great friends that are athletes as well, I mean, I think everybody's different. We find it funny like, oh, this NFL player is DM-ing Brielle, and Kroy's like, 'Oh, God.'"

Brielle previously dated With Sox pitcher Michal Kopech, 24. They broke up in March 2018.