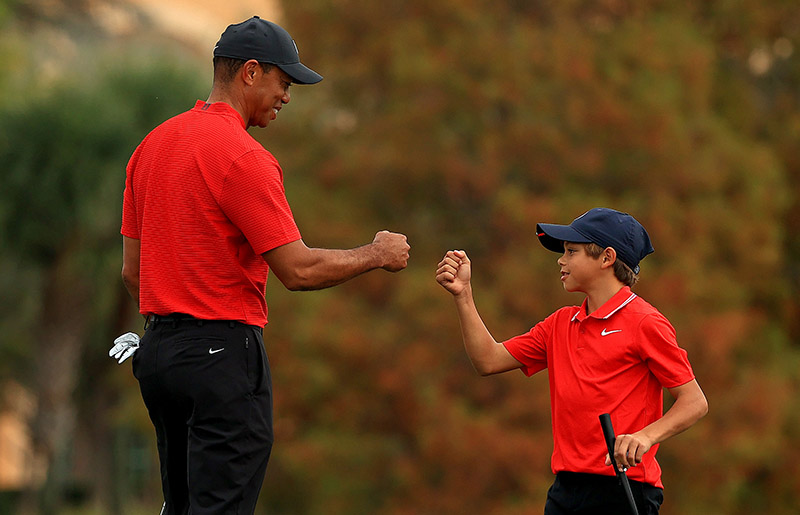 Tiger Woods' 11-year-old son Charlie Woods is a chip off the old block. The father and son team finished seventh at the PNC Championship in Orlando, Florida on Sunday.

Tiger and Charlie finished with a 62 over 2 rounds of the 36-hole championship. Charlie outshined his 44-year-old dad, who taught his son well. Charlie displayed the same discipline, mannerism, tight swing, and even his father's signature fist pumps.

Charlie got his first eagle on the third hole. Using a 5 wood, Charlie smacked the ball onto the green leaving it 3 feet from the hole. Then he putted the ball straight in for an eagle. 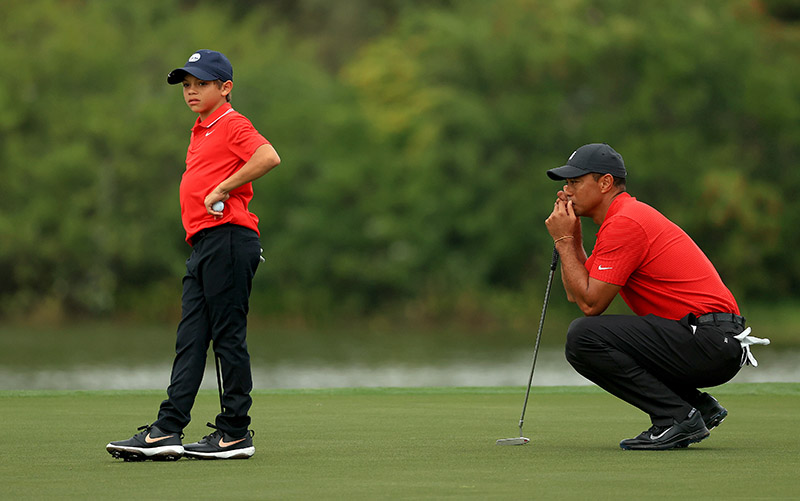 With Tiger on the verge of retirement, young Charlie is very capable of filling his daddy's shoes some day.