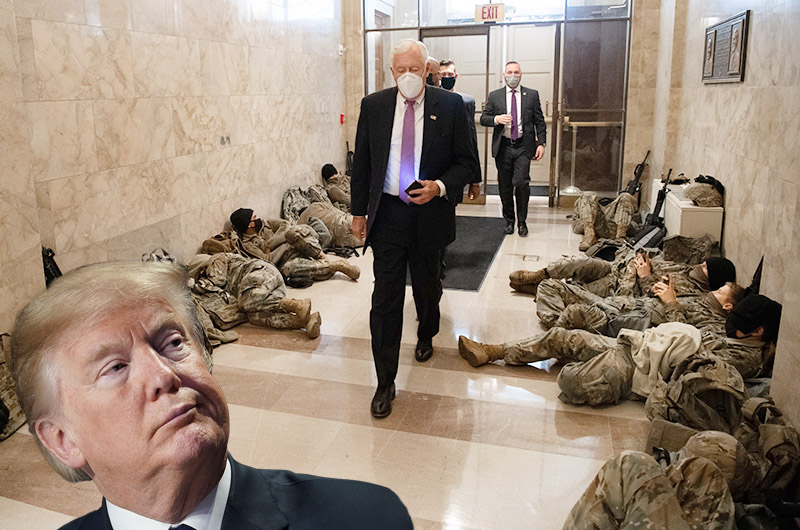 Former President Donald Trump took pity on thousands of National Guard troops who were booted out of the Capitol Building and forced to sleep in a cold parking garage.

5,000 National Guard troops, who were sleeping in hallways and in the Senate cafeteria, were ordered out of the Capitol building because one soldier didn't wear a face mask.

An anonymous source in Washington DC told TPUSA Chief Creative Officer Benny Johnson that for the last week his battalion had been sleeping on the floor in the Senate cafeteria after Trump supporters stormed the Capitol on Jan. 6.

On Wednesday, the U.S. Capitol Police (USCP) ordered the troops out of the Capitol building and they were forced to sleep in a parking garage in 38-degree temperatures.

The parking garage has one bathroom and 1 power outlet for 5,000 soldiers to use.

Some of the soldiers hadn't showered or changed clothes in 2 weeks. 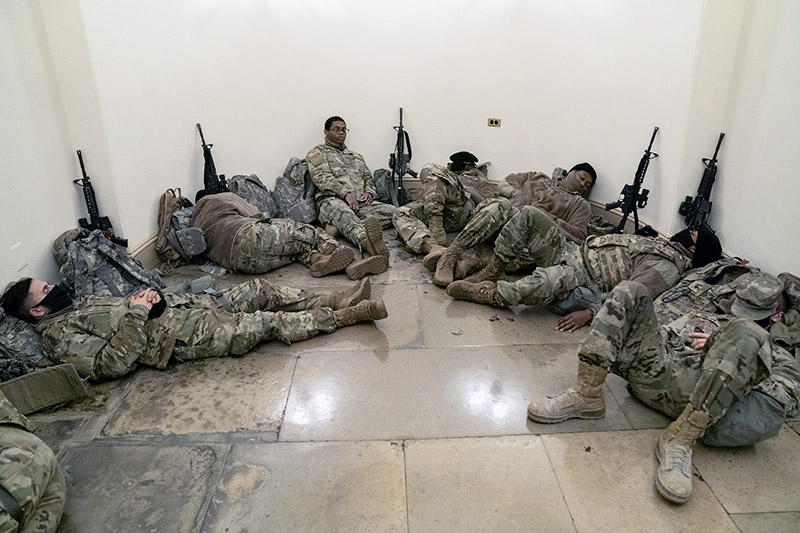 Governors Ron DeSantis (R-FL), Chris Sununu (R-NH) and Greg Abbott (R-TX) were so outraged over the treatment of their troops that they ordered the soldiers to return home immediately.

After the public backlash, House Speaker Nancy Pelosi allowed the troops back inside the Capitol building.

According to One America News Network (OANN), Trump gave permission for the remaining troops to stay at his luxury Trump Hotel in DC if any of them needed a warm bed, a shower or a hot meal.

Prior to Trump's offer, the troops were forced to subsist on bowls of chili and an occasional slice of pizza donated by sympathetic congressmen.

I just visited the solders who have been abandoned & insulted by our leaders. I brought them pizza and told them that they can sleep in my office.

No soldier will ever, ever sleep on a garage floor in the US Capitol while I work in Congress