Cardi B responded to Candace Owens saying her single "WAP" is corrupting the minds of America’s youth.

Owens condemned Cardi B and Megan Thee Stallion's vulgar performance on an oversized bed during the 63rd annual Grammy Awards on Sunday. 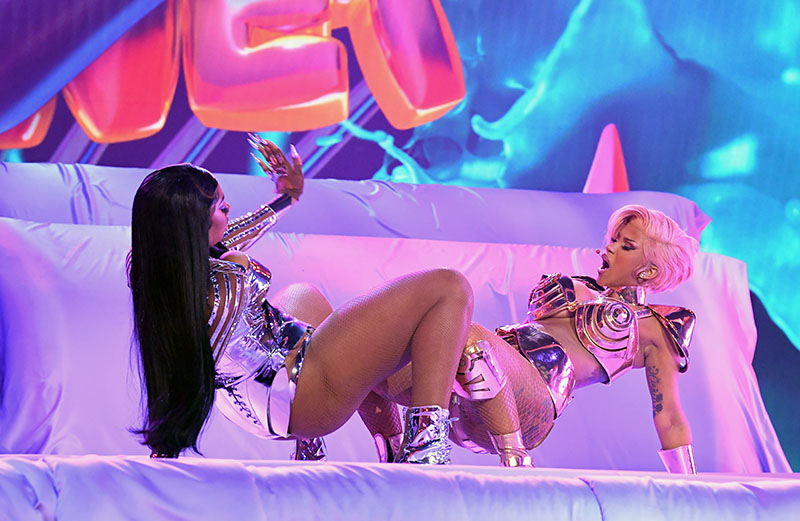 "You have the kids learning about critical race theory. They're learning that they should aspire to be people like Cardi B. You see that fundamentally we are seeing the destruction of American values and American principles," Owens said. "We are celebrating perversity."

"It's terrifying. I think parents should be terrified that this is the direction our society is heading towards. And again, we are weakening America... This is a weakening of American society. It feels like we are looking at corrosion; like we are about to see the end of an empire."

Cardi responded to Owens' concerns by mocking her on Twitter.com.

"Love it or hate it, criticize it , judge it JUST BRING THE VIEWS IN... NUMBER 1 trending," she tweeted on Monday.

"Matter fact I'm just going to thank Candy. She put my performance on Fox News giving it more views that boosted the views on YouTube and is counting towards my streams and sales...

"STREAM UP AND WAP .REMEMBER GROWN PARENTS ONLY YOU CAN MONITOR WHAT YOUR KIDS WATCH NO1 ELSE."