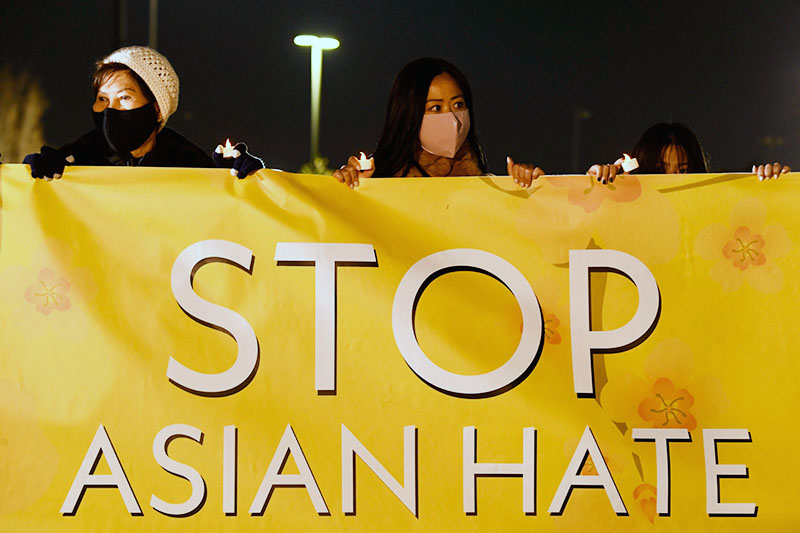 Police in Queens, New York are investigating a possible hate crime against Asians after a man spat on an Asian woman carrying a baby.

The incident occurred on Tuesday in the vicinity of 186th Street and Peck Avenue in Fresh Meadows around 10:30 a.m.

The 25-year-old victim told police the male suspect spit on her three times before calling her a "Chinese virus."

Police are asking the public to help identify the man who is described as a male in his 30s, about 200 pounds, and 5 feet, 5 inches tall.

In another incident, Nancy Toh, an 83-year-old Asian woman in Westchester County, was spit on and punched in the nose by an unidentified male.

Culturally, Asians are taught not to speak up when they are assaulted.

Police arrested 40-year-old Glenmore Nemherd and charged him with felony assault for injury to a person over 65. The suspect is homeless with a long violent history, according to Yahoo News.

Crimes against Asians are on the rise in America due to the Covid-19 coronavirus originating in a laboratory in Wuhan, China.

In 2020, Fauci said there is "No scientific evidence the coronavirus was made in a Chinese lab."

Fauci, who has a financial interest in Moderna vaccines, is director of the U.S. National Institute of Allergy and Infectious Diseases and the chief medical advisor to the president.

FBG Duck’s mom says five suspects arrested in his murder, ‘They got them!’