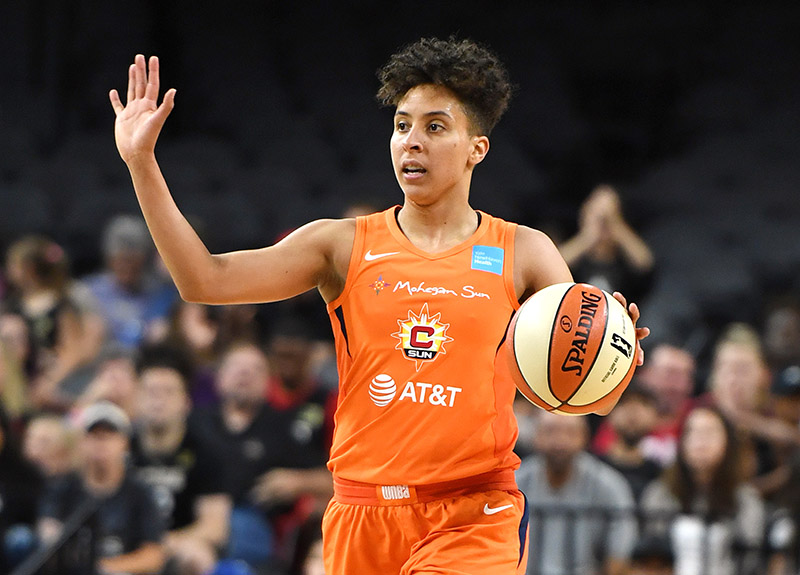 A WNBA player sparked controversy on social media when she seemed to blame Black men for the league's low television ratings.

Layshia Clarendon is a male-identified transgender and non-binary who previously underwent a double mastectomy to relieve the anxiety of Gender Dysphoria.

The 29-year-old New York Liberty shooting guard sparked controversy when she compared the Black male thought process to white supremacy in a tweet on Saturday.

"The amount of black men who drag our league and blame women for their problems while not making the connection to how that's exactly what white people do to you regarding your race just BLOWS MY MIND. That's the double whammy of being black AND a woman."

Needless to say, Clarendon's followers (mostly male) went IN on her Twitter timeline:

One Twitter user wrote: "...you can't deny there are a lot of men out there trashing the hell out of the league."

Another Black male wrote: "Blk men are some of the biggest supporter s of the WNBA. Everyday on this app y'all got our names in your mouth."

And a third tweeted:

"Ma'am....I mean sir...I mean whatever tf u wanna be called...u do know that black men are really the only supporters u have for your league right? But u literally just....u know what Nvm."