A Twitter user posted a photo of a safety conscious Atlanta resident pumping gas at one of the few stations that didn't run dry on Monday night.

Colonial Pipeline, an Alpharetta-based company, shut down its gas pipeline system after a ransomware attack crippled its IT systems.

The pipeline supplies less than half of the gas to the East Coast. Colonial Pipeline operates about 5,500 miles of pipeline from Texas to New York. The ransomware attack was announced on Saturday. 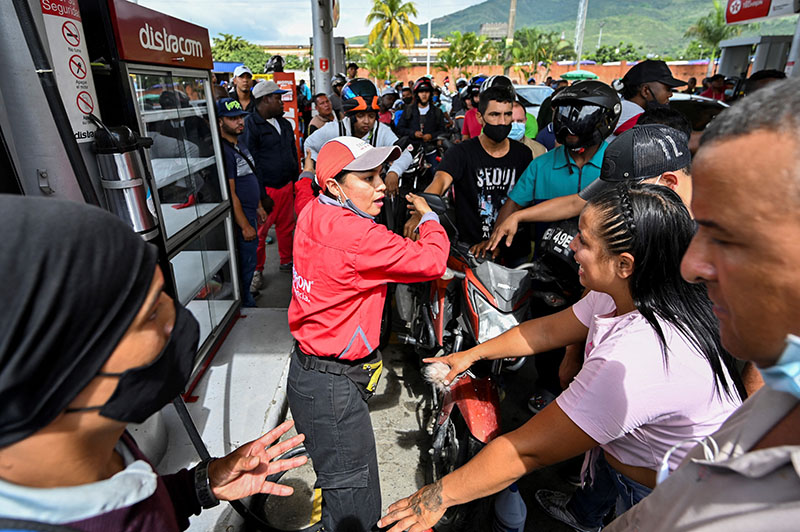 The agency urged residents not to fill up their gas tanks unless they absolutely have to. Those who have multiple cars should consider driving the most gas efficient vehicle. Plan to run several errands in a single trip. Residents are also advised to take the bus or MARTA public transportation.

North Carolina declared a state of emergency as stations in Virginia, Atlanta and Florida began to run out of gas on Monday.

If the pipeline is not operational by Wednesday, a significant fuel disruption is expected on the East Coast.