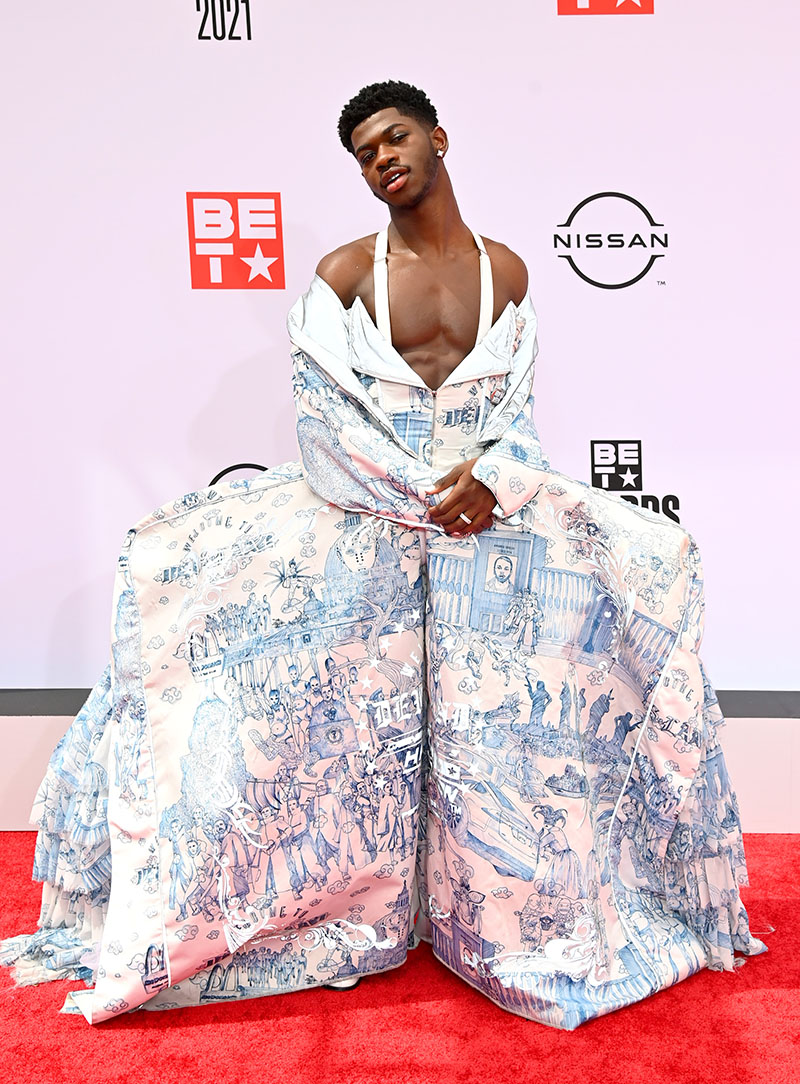 Lil Nas X stunned BET Awards viewers on Sunday night by making out with one of his male dancers after performing "Montero (Call Me By Your Name)".

The openly homosexual rapper closed out his set at the Microsoft Theater in Los Angeles by playing tonsil hockey with his dancer as the audience cheered.

Not everyone was supportive of Nas X's celebration of Pride Month. Many on social media say Nas X was inappropriate in front of minors viewing at home.

One Twitter user wrote: "Black ppl wouldn't have supported Old Town Road if we knew it was gonna turn into this."

Another user wrote: "It's good that these folks are standing up to this foolishness."

Another user tweeted: "I agree Hundred points symbol percent. You don't have to throw away all your moral compass for 'love is love' ... protecting children is a must r regardless of your lifestyle. I'm glad they are speaking out. It just shows how they expect everyone to go along with the garbage public behavior."

Even members of the LGBT+ community ripped Nas X for the kiss on national television.

The 22-year-old Georgia native clapped back at his critics, saying, "Y'all really like to pretend homosexuality didn't exist in African culture."

Can we cancel him?

Boycotting is a healthy form of protest in instances like this. Most people,.... when they saw Lil Nas X was going to perform knew what that performance would be comprised of. Why show up to the performance?

Not at all…He’s a talented gay artist performing a very sexual song…the kiss fit the performance.