Rapper Nelly is adamant that he did not pay a homeless woman $100 for returning his lost bag containing $300,000.

The news of Nelly’s cheap reward went viral on social media. The “Hot In Herre” rapper, 47, denied the rumor as “super cap” — street slang for lies.

“I didn’t lose s—,” he said in caption of a video on The Neighborhood Talk Instagram page.

“Idk what bag or who’s [sic] bag they talkin about but it dam show [sic] wasn’t mine.”

Someone in Nelly’s camp told PEOPLE, “It’s a false but funny story, a story about bitcoin would be more likely.”

In the viral video taken outside a bowling alley in Atlanta, the homeless woman is seen on camera, while a man is heard saying, “We’re up here at the bowling alley. We found Nelly’s bag. It had $300,000 in it.” 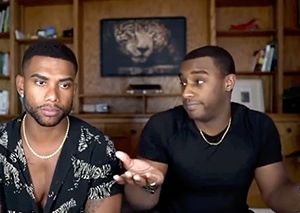