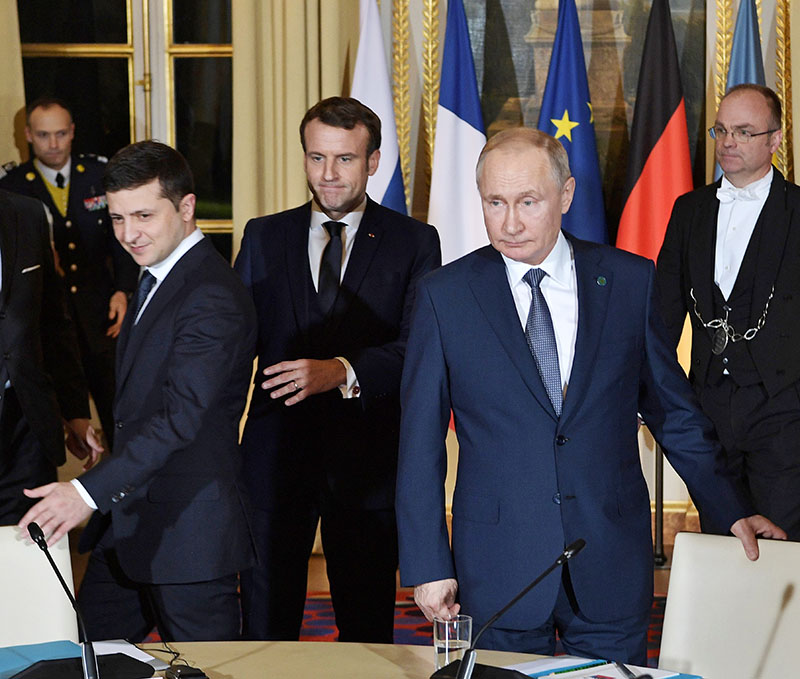 Zelensky (2nd from L) and Putin (2nd from R) are pictured with France's President Emanuel Macron (C) on December 9, 2019.

During a phone call on Friday, Xi urged Putin to resolve "the Ukraine crisis" through "talks" with Zelensky.

According to Bloomberg, the Kremlin announced Putin agreed to "organize negotiations" after Zelensky said he was ready to discuss Ukraine's "neutral status" and not push to join NATO.

However, Zelensky rejected Putin's offer to hold the meeting in Minsk, the capital of Belarus. Instead, he wants to hold the talks in Warsaw, Poland's capital. 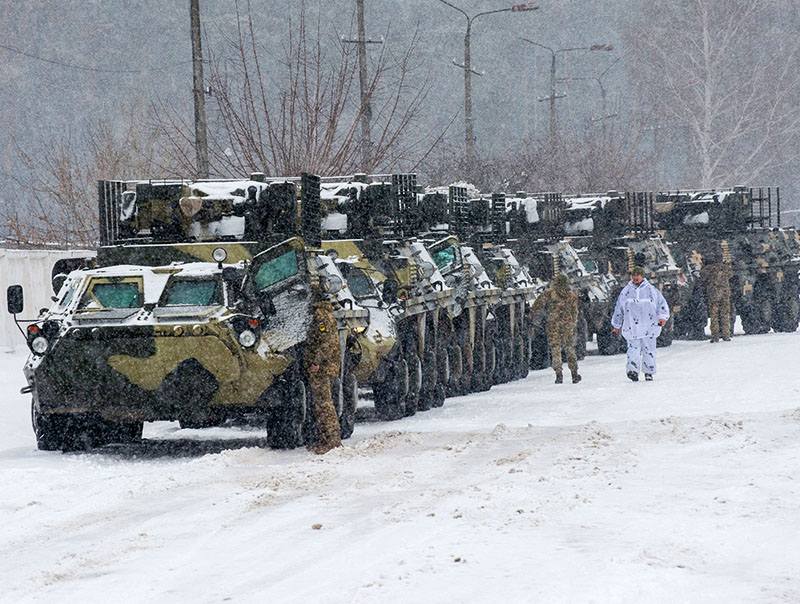 The Kremlin also notes that Zelensky positioned missile systems in residential areas in big cities — a move that could result in high civilian casualties.

Earlier, a Russian official said that Moscow will only agree to talks if Ukraine's army surrenders.

"We're ready for negotiations at any time, as soon as the Ukrainian armed forces respond to our president's call, stop resistance and lay down their weapons," Lavrov said in the Russian capital.

Putin agreed to talks amid reports that over 450 of his soldiers were killed and over 800 Russian troops were captured by Ukraine forces.

Dozens of Ukraine civilians died during the conflict.