Black Twitter users called Vanessa "fat" and accused the 39-year-old mother of three of being pregnant by family friend Chris, who already has two children with his wife, Jada Crawley.

The rumors about Vanessa and Chris, 36, began circulating after Vanessa and the Clippers star's long embrace on the court.

Black Twitter noted the cold reaction by Chris Paul's 9-year-old daughter after her father's prolonged embrace with Vanessa, who presented Chris with the Kobe & Gigi WNBA Advocacy Award. The little girl seemed to pull away from Vanessa when she leaned in to kiss her. 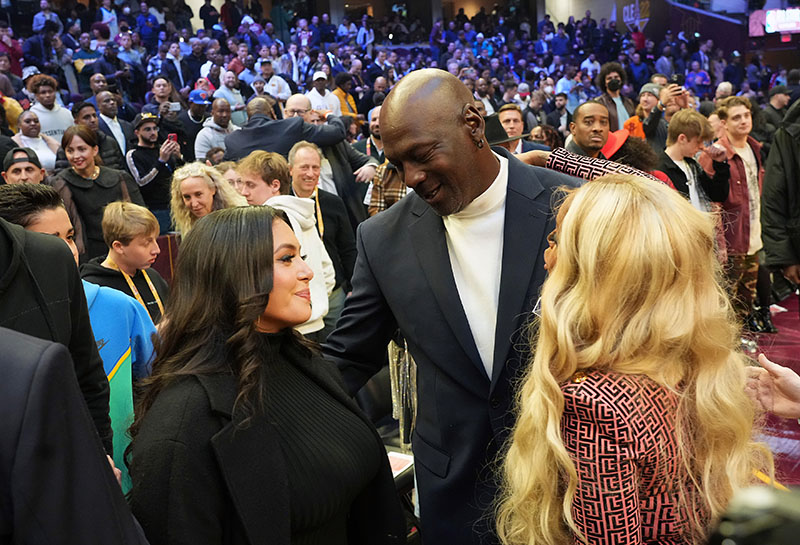 Vanessa, pictured with Michael Jordan and Mary J. Blige, tragically lost her husband, Kobe, and their daughter, Gigi Bryant, who died in a helicopter crash on Jan. 26, 2020 in Calabasas, Calif.

Although you can’t put a timeframe on grieving , i found it very disgusting that some men were assuming Vanessa Bryant was pregnant since she gained weight .

Is Vanessa Bryant pregnant? Cuz why was she so big yesterday outta nowhere? ??

Ewwww basketball fans can be so trashy. How dare they even think Vanessa Bryant is pregnant?? After all she's been through, is belly fat on a woman SO DAMN TABOO???