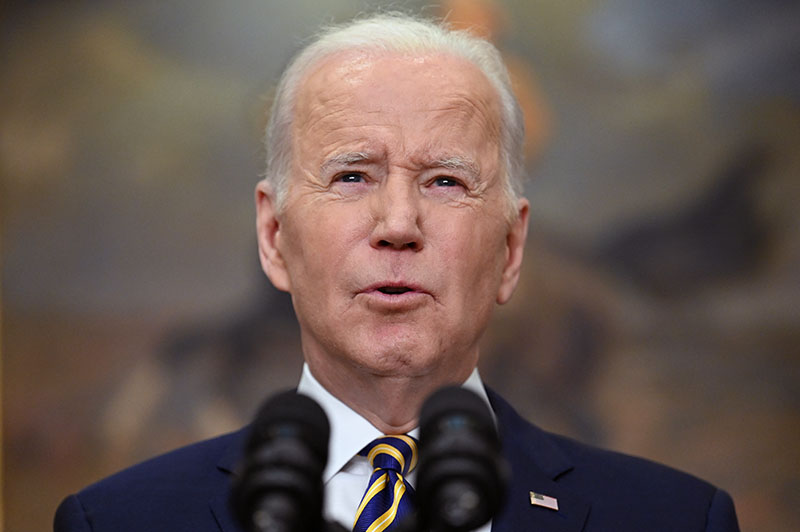 Biden announced the U.S. will end imports of gas and oil from Russia in a morning press conference from the White House on Tuesday.

"Today I am announcing the United States is targeting the main artery of Russia's economy," Biden said. "We're banning all imports of Russian oil and gas and energy. That means Russian oil will no longer be acceptable at U.S. ports and the American people will deal another powerful blow to Putin’s war machine."

Americans were surprised to learn that their tax dollars were financing Russia's war in the Ukraine.

Russia warned Biden that oil prices would soar to $300 per barrel if the U.S. banned gas and oil imports from Russia.

The Biden administration still refuses to restart construction on the Keystone XL Pipeline that runs from Canada to Texas. The U.S. president has asked Venezuela and Dubai to increase their oil production.

Before Biden's press conference, the U.K announced it would also end imports of Russian oil.

"We simply cannot rely on a supplier who explicitly threatens us," European Commission President Ursula von der Leyen said in a press release.