The photo shows the former NBA star and his wife posing with their children, daughter Kaavia James, 3, son Zaire Wade, 20, and his girlfriend, Lola.

Also in the photo are Dwyane's transgender child Zaya Wade, 14, formerly Zion, and Zaya's FtM significant other who identifies as a boy named Hudson (see photos below).

It was all too confusing for Dwyane's IG followers who tried to be open minded. 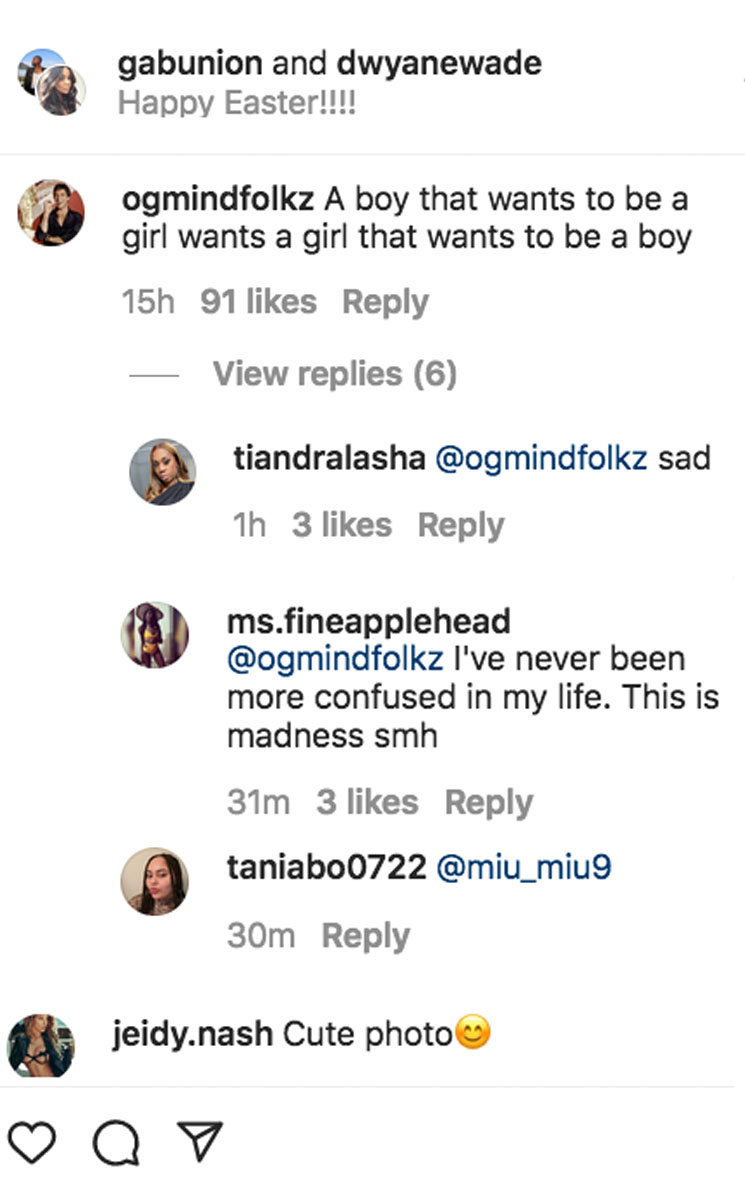 According to a new poll, 62% of adults say they would be comfortable if their child came out to them as lesbian, gay, or bisexual.

Additionally, 24% of adolescents and teenagers now identify as transgender since 2020.