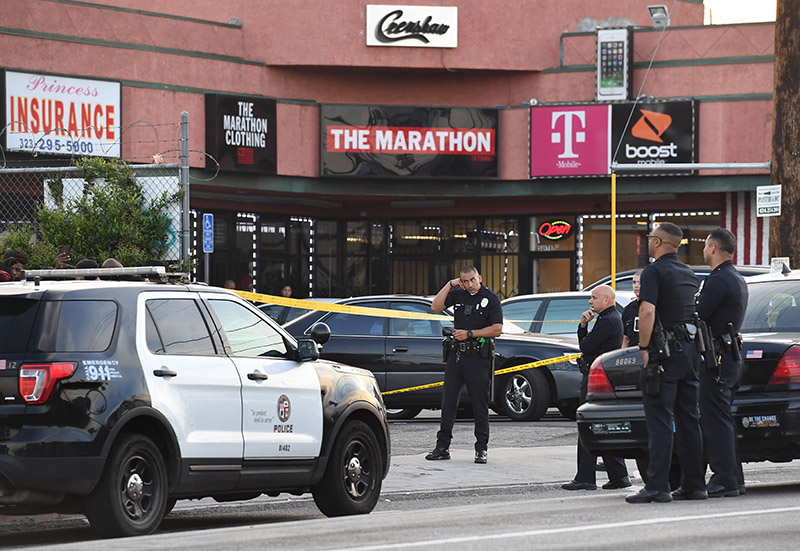 Police outside The Marathon clothing store owned by Grammy-nominated rapper Nipsey Hussle where he was fatally shot along with 2 other wounded, in Los Angeles on March 31, 2019. – In addition to the man who was killed, the two other victims were listed as stable at a hospital, said police, who said a male suspect fled in a car. 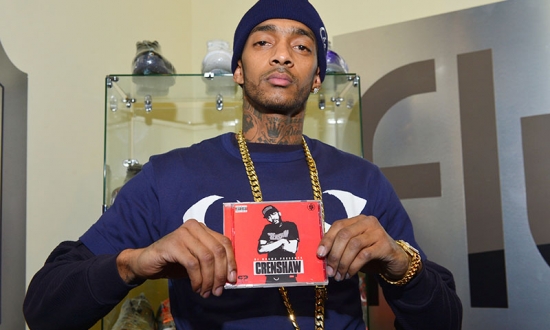 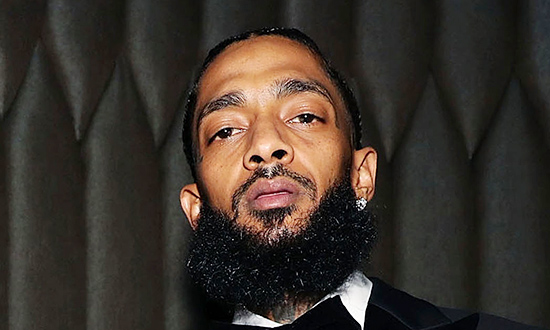 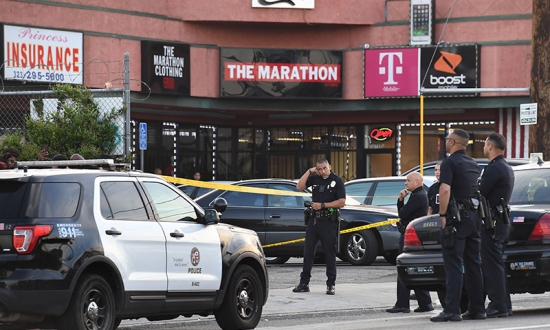 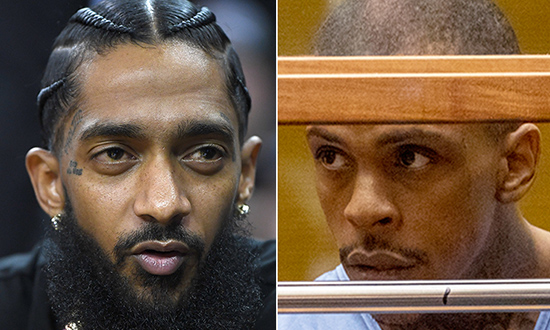