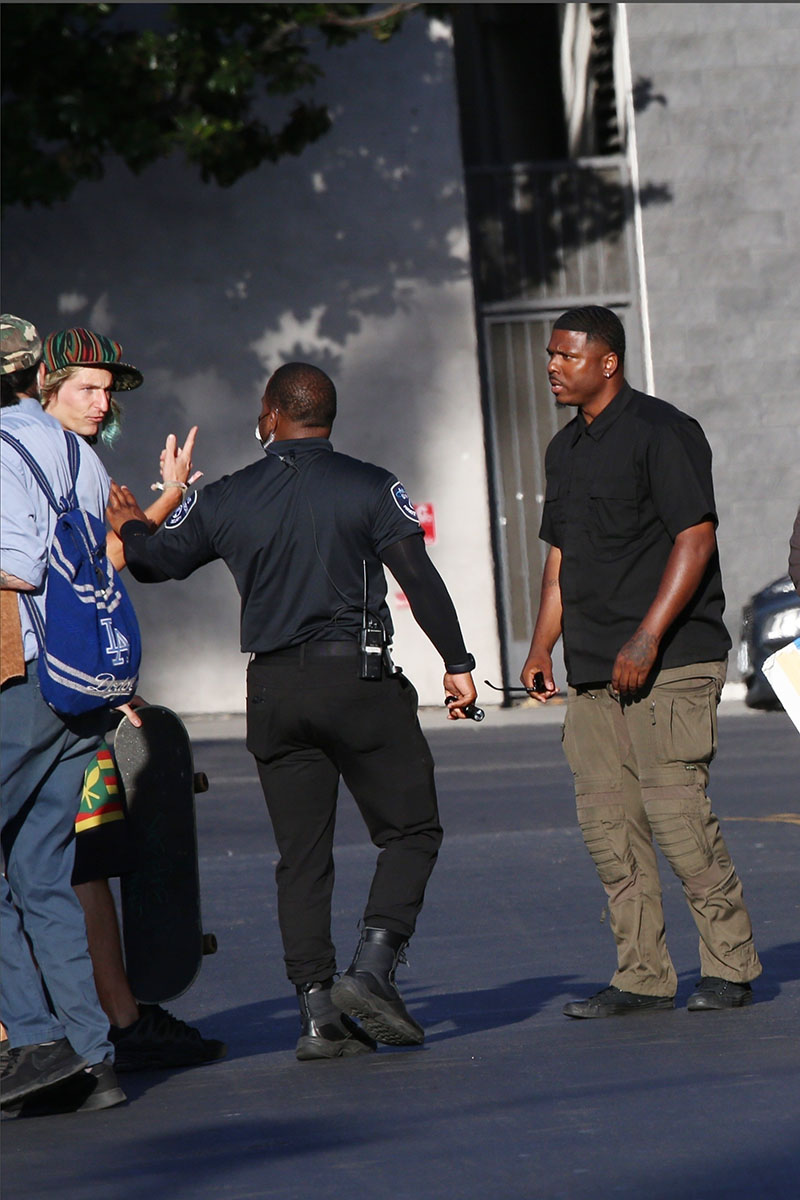 Hollywood, CA – *EXCLUSIVE* – Jaime Foxx is seen leaving Jimmy Kimmel on Wednesday afternoon with his friends. After leaving the Kimmel lot his car is approached by fans trying to get autographs when Jaime’s security stepped in and started to push the eager fans back. One fan decided to push back and it set off the guard and he punched the shirtless fan. (a photo of the guard just after hitting the fan). 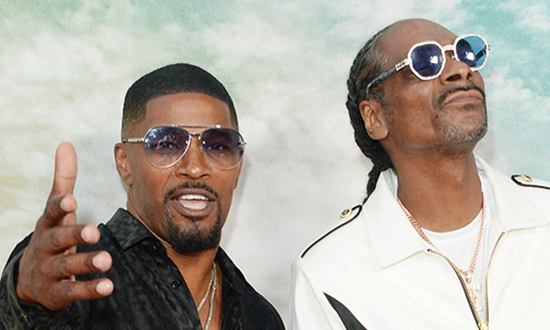 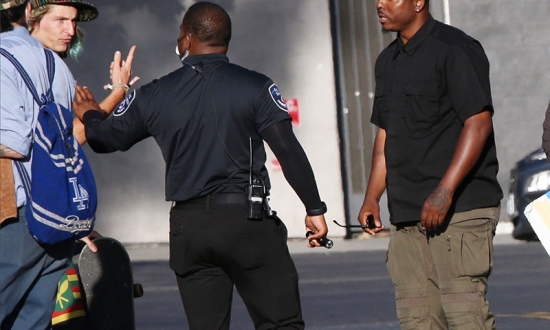 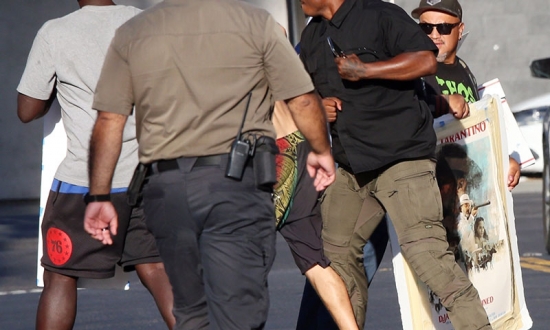 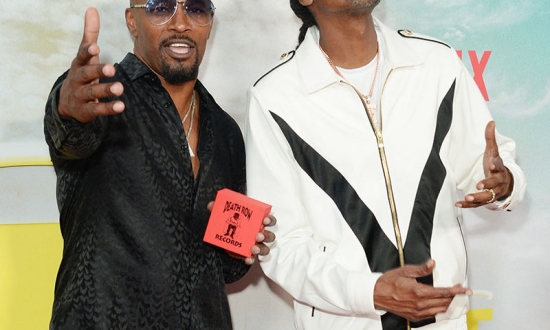 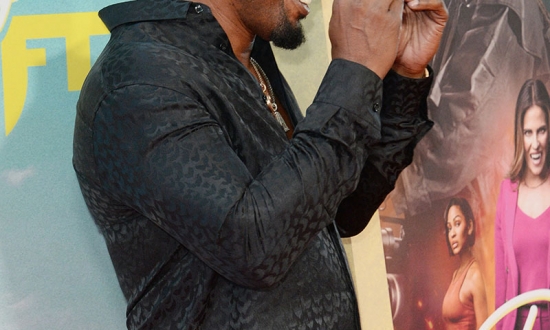 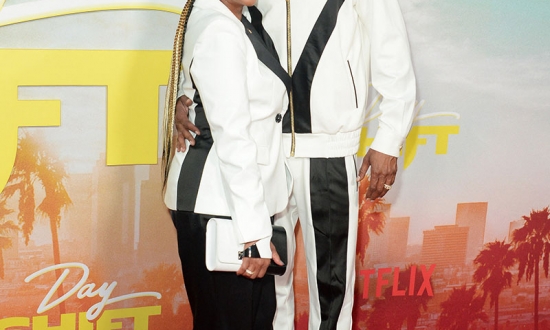 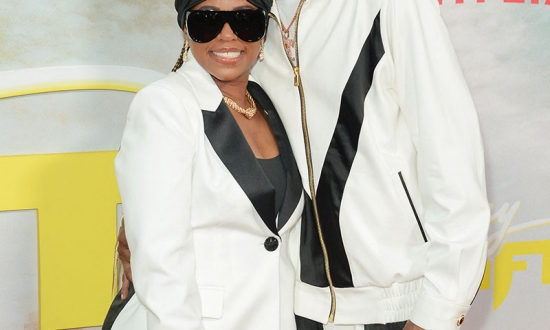 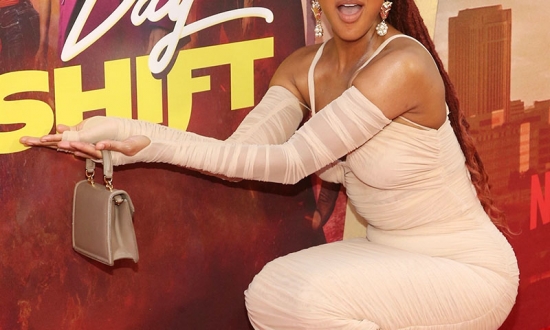 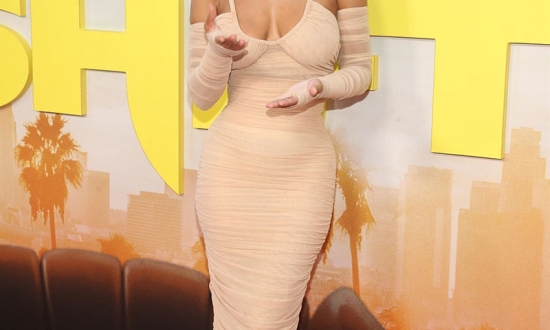 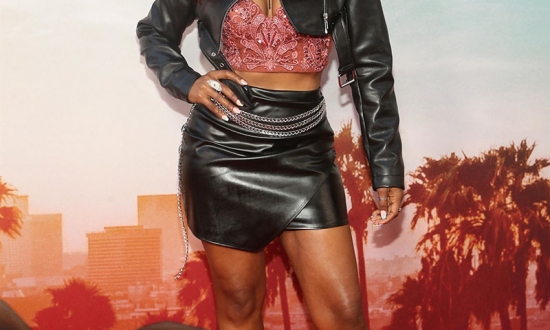