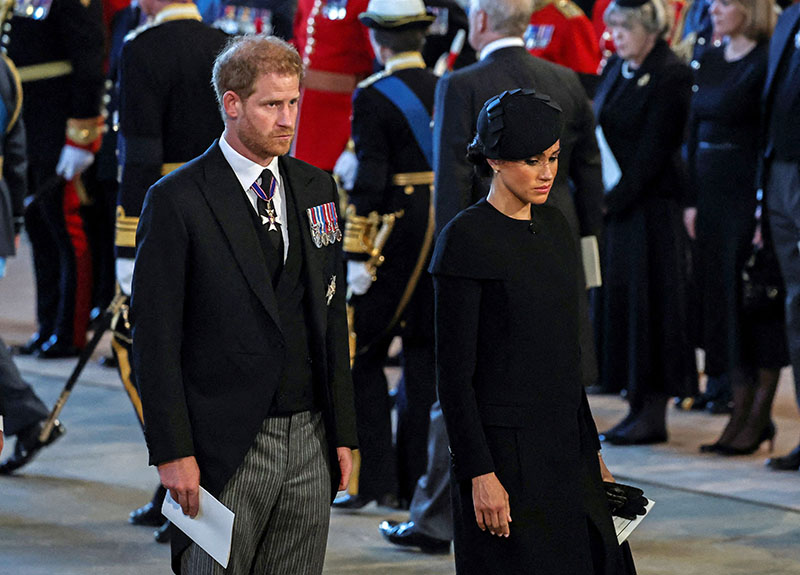 Britain’s Prince Harry, Duke of Sussex and Meghan, Duchess of Sussex attend a service for the reception of Queen Elizabeth II’s coffin at Westminster Hall, in the Palace of Westminster in London on September 14, 2022, where the coffin will Lie in State. – Queen Elizabeth II will lie in state in Westminster Hall inside the Palace of Westminster, from Wednesday until a few hours before her funeral on Monday, with huge queues expected to file past her coffin to pay their respects. (Photo by ALKIS KONSTANTINIDIS / POOL / AFP) (Photo by ALKIS KONSTANTINIDIS/POOL/AFP via Getty Images) 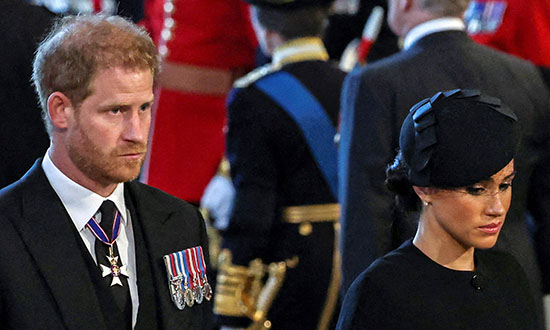 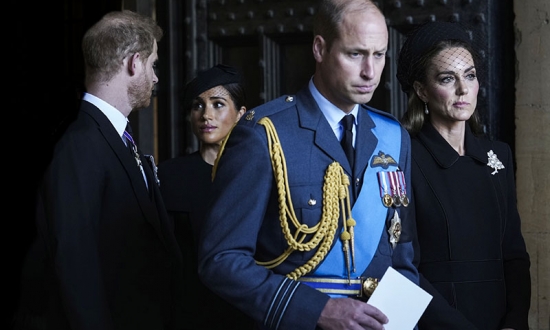 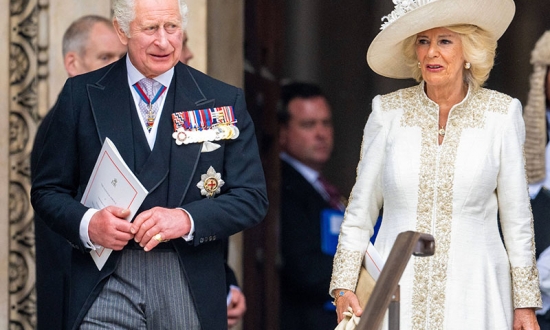 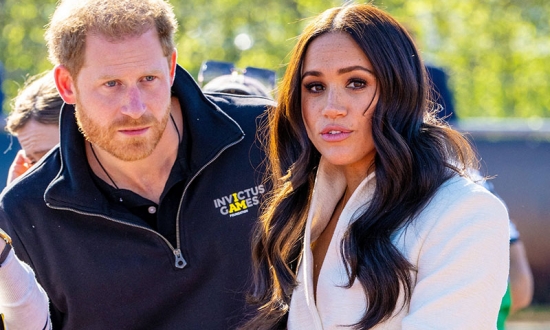 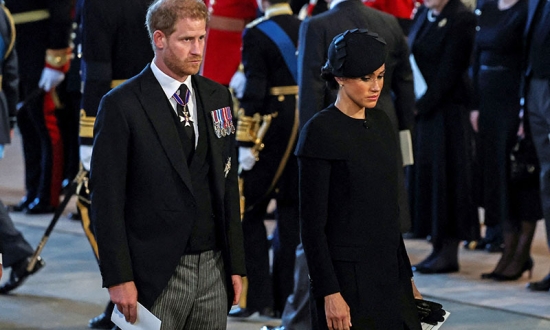 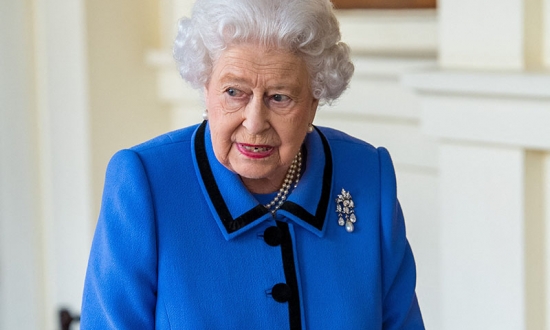