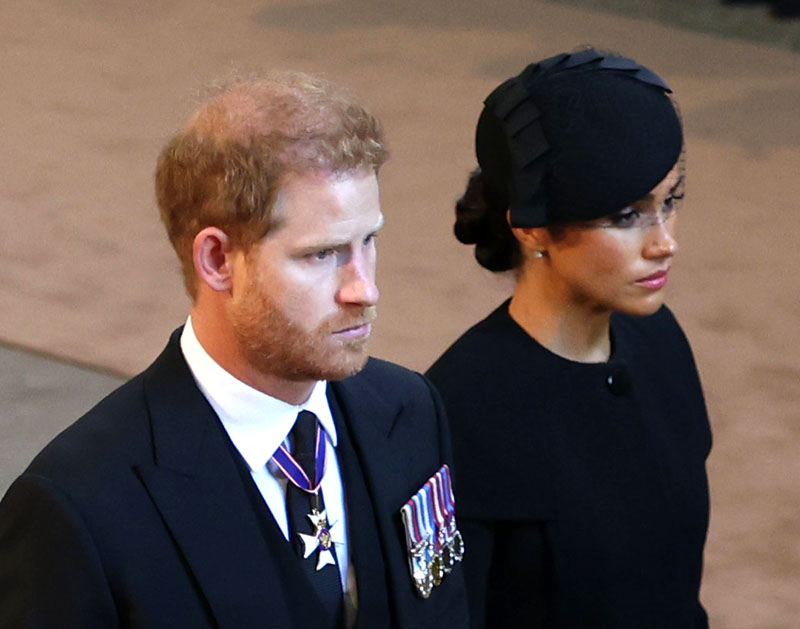 LONDON, ENGLAND – SEPTEMBER 14: Prince Harry, Duke of Sussex and Meghan, Duchess of Sussex attend as the coffin of Queen Elizabeth II is escorted into Westminster Hall for the Lying-in State on September 14, 2022 in London, England. Queen Elizabeth II’s coffin is taken in procession on a Gun Carriage of The King’s Troop Royal Horse Artillery from Buckingham Palace to Westminster Hall where she will lay in state until the early morning of her funeral. Queen Elizabeth II died at Balmoral Castle in Scotland on September 8, 2022, and is succeeded by her eldest son, King Charles III. (Photo by Peter Tarry – WPA Pool/Getty Images) 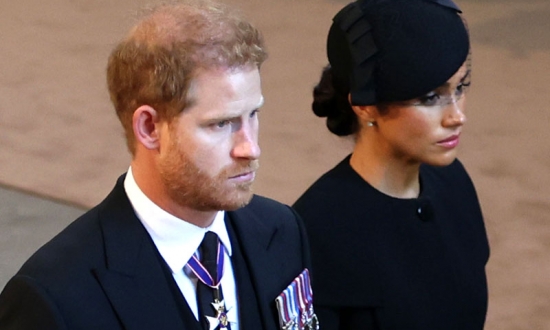 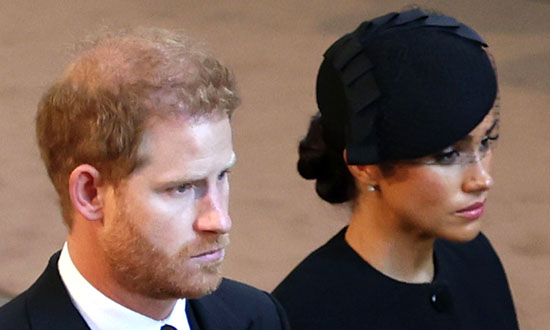