Gigi Hadid continues to provoke Kanye West on the Internet. The fashion model was the first to call him out for bullying Vogue contributing editor Gabriella Karefa-Johnson.

Kanye, 45, was so annoyed by Gigi’s public rebuke that he name-dropped the 27-year-old model in a series of angry Instagram posts.

He was lurking on her Instagram timeline when she wrote that Kanye didn’t treat Virgil Abloh “like a friend” when he was alive. She also said Abloh loved Karefa-Johnson.

“Finally…! Thank u! Even people who knew him for a percentage of the time knew Kanye did not treat V like a friend. ++ V LOVED GKJ … He’s watching!”

Virgil, the CEO of Off-White and Men’s Artistic Director for Louis Vuitton, died of cancer at age 41 in November 2021.

“I’m not finna [sic] get ran over by Hollywood again Gigi. You a privileged Karen. You were born with a silver spoon in your mouth. You’re a zombie. You speak up here but didn’t speak when my child was kidnapped on her birthday.” 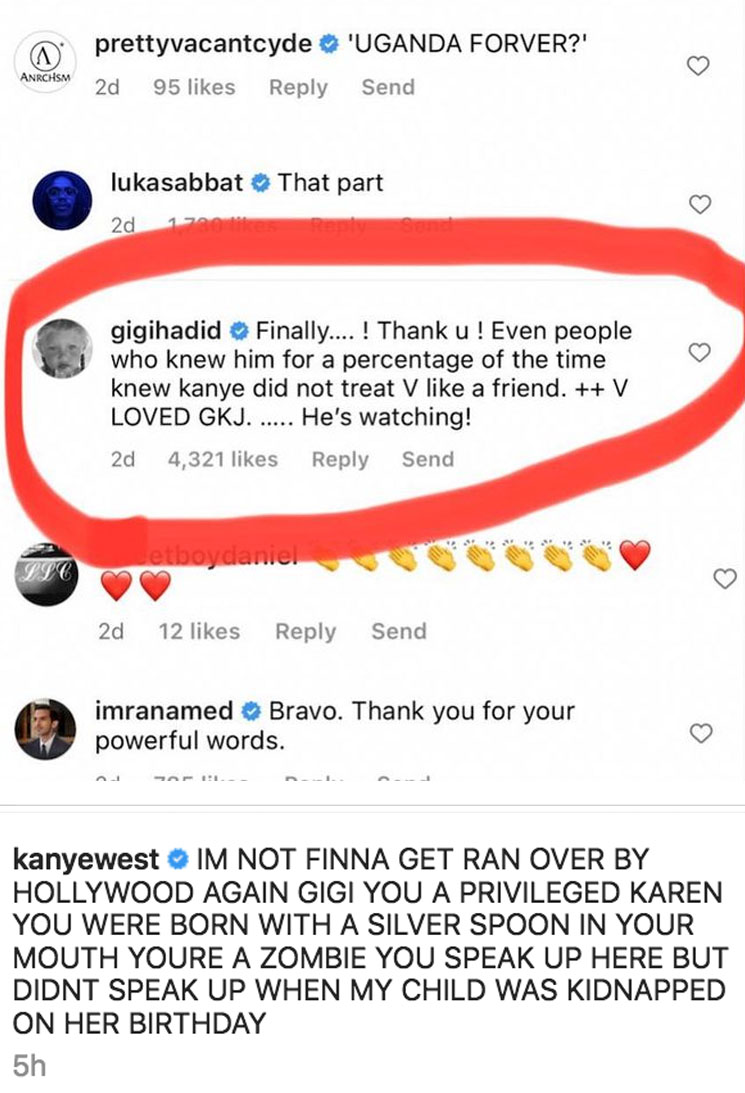 In his sit-down interview with Tucker Carlson on Fox News last night, Kanye accused Vogue editor-in-chief Anna Wintour of giving the green light to Gigi, Hailey Bieber and Karefa-Johnson to attack him online.