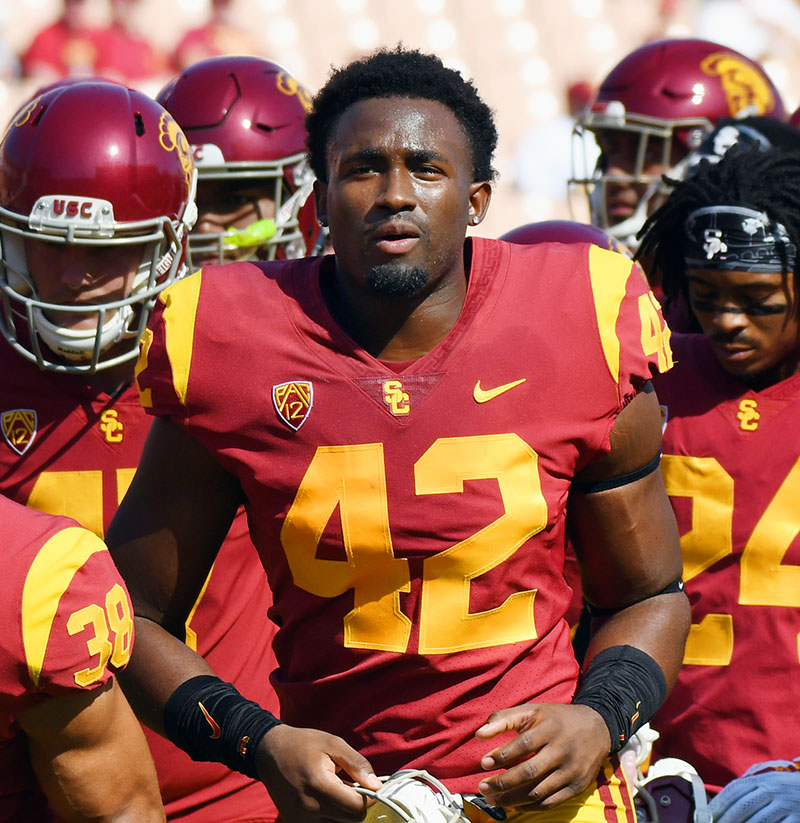 Abdul-Malik MClain, a linebacker for Jackson State University, was charged with mail fraud and identity theft in a scheme to steal over $900,000 in COVID-related unemployment benefits.

McClain is accused of assisting a group of USC football players in filing fraudulent unemployment claims under the Pandemic Unemployment Assistant (PUA) program.

McClain is accused of helping the players fill out the application using information he knew to be false about their prior and future employment status.

California's Employment Development Department (EDD) authorized Bank of America to mail debit cards to McClain and other football players who then used the cards to withdraw cash at ATM machines.

The fraudulent applications sought more than $900,000 in unemployment benefits, but ultimately netted at least $227,736.

McClain allegedly sought and received a fee for his services from the players.

The crimes were committed from July 2020 to September 2020 while McClain was a student at USC.

McClain transferred to JSU in 2020 after his brother was suspended by USC for approaching students with a scheme to defraud EDD.